Local Knowledge and Self-Determination for Conservation: The Case of the Irular of Tamil Nadu, India 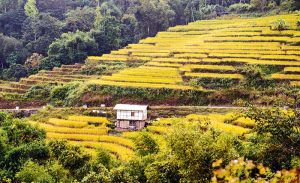 Irular people inhabiting the southern part of India are one of the 635 indigenous tribal communities of the country. The population of indigenous tribal peoples in India, known collectively as Adivasis (original inhabitants), is estimated to be over 84 million people. Despite these high numbers, these communities usually live on the margins of society, eking out a living by collecting subsistence materials from the forests, hunting small game and working as daily wage earners. However, alienation of people from the forests started during the British colonial period when forests came to be “properties of the government” rather than community owned. This continued through independent India. There were some attempts at addressing the injustice meted to such communities. For example, the State Forest Department was willing to come forward and work in close collaboration with such communities through NGOs and community-based organizations to reforest degraded forestland and give back some of the income accrued to the local community.

The research study “Plant Resources: Traditional Knowledge of Irulars of Northern Tamil Nadu” was part of a doctoral program that took place from 2000-2004 at the University of Madras in India, with partial support from the Conservation Foundation, UK. The project sought to document the wealth of knowledge of Irular people in six northern districts of Tamil Nadu. The study was the continuation of a project of the Irular Tribal Women’s Welfare Society, an NGO that works with the Irular people on their plant knowledge and helps them in economic and social terms. The study documented the knowledge of 62 Irular healers, and showed that they use around 388 plant species for food and medicinal purposes. It also determined how local knowledge of plant biodiversity used for medicines, food, hunting, and ceremonial purposes acts to conserve biodiversity. The Irular healers pray to their natural environment in order to ask for forgiveness for taking or cutting the plants. They also are careful to take only what they need: if roots are needed for medicines, for example, they are very careful about collecting only the quantity necessary for treatment. As well, they make the effort to try to plant and maintain uncommon species. This conservation ethic has changed, however, due to government departments taking over the responsibility for conservation, which was traditionally the communities’ responsibility.

Two important observations made during the study point to the importance of self-determination and retaining local knowledge for conservation. Once the responsibility for resource conservation was taken away from the community and transferred to government departments, there was less incentive to conserve, even with current efforts by government departments to ensure community participation. In addition, with the loss of knowledge – the youth of the Irular community have acquired only a fraction of their parents’ knowledge regarding the local flora – there is little or no interest among youth in conserving local biodiversity. The younger generation sees the traditional practices and beliefs, especially those related to healing plants, as not “modern” like imported medicine is perceived to be. The research also focused on spiritual beliefs, the role of gender among knowledge holders, and the passing on of ethnobotanical knowledge, both traditional and current, with the aim of generating an appreciation for the use of plants and thus reviving this use among the younger generation.