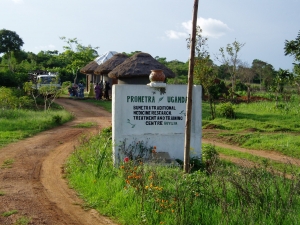 The traditional African culture that acted as a social security system for the weaker sectors of society has greatly eroded. In Uganda, the use of herbal medicine was labelled as “backward, uncivilized and unholy” during the colonial era, and traditional healers suffered much humiliation. However, the knowledge of herbal medicine did not diminish entirely, but rather flourished underground (Tumanyire, 2002). In the project “Promotion of Traditional Medicine and Indigenous Cultural Research and African Spirituality,” PROMETRA Uganda, a Ugandan NGO, works to protect and nurture the medicinal plants that are important to traditional healers according to traditional spiritual concepts, beliefs and practices. This ensures conservation and the sustainable use of biodiversity by local people, specifically healers who use these plants. The project also encourages the documentation and recording of traditional information in the local languages.

The traditional healers group, comprised of about one hundred healers from different areas, meets in a large forested area, a site that is becoming a traditional healing and cultural demonstration institute. It is in this culturally diverse setting that the healers share and discuss the dependence on the local environment for food, medicine and all aspects of life as well as the sustainable use of their environment and their cultural approach to biodiversity conservation. This approach is based on traditional spiritual concepts, beliefs, and practices and on understanding the meaning and purpose of life. In this working relationship, where knowledge is shared and collective memory developed, traditional healing methods are improved upon and local biodiversity is conserved. Traditional health practitioners know the rhythm that ensures, as project contributors stated, “the human-nature-cosmos balance, in its symbolic and transcendent relationship with the sacred.” As one Ugandan visitor to the project commented: “The project is a positive direction towards culture, knowledge and plant diversity protection.”