A Different World is Possible—One Free of Racism & Discrimination

I’ve heard the current COVID-19 pandemic described as “the great revealer” and “a moral provocation.” Both are true.

The pandemic is a great revealer because, around the world, the patterns of COVID-19’s spread, intensity, and corresponding societal response have coincided to a disturbingly telling extent with the geography of inequality, discrimination, and social injustice. More often than not, the borders of that geography run along ethnic or “racial” lines.

As you may have read in “Subversive Maps: How Digital Language Mapping Can Support Biocultural Diversity,” one of our recent articles at Langscape Magazine, a mapping of the distribution of more than 650 different languages spoken in New York strikingly overlaps with a mapping of the distribution of COVID-19 cases in the city. The neighborhoods with the highest numbers of cases also tend to be the ones with the highest linguistic diversity. That hints at both social vulnerability within the resident minority communities and the chronic inadequacy of social and health services made available to those communities. In the USA at large, Black lives are being disproportionately lost to the pandemic. Black Americans die of COVID-19 at three times the rate of white Americans—a fact that painfully exposes, in this way among many others, the persistent and deep-seated inequities that plague American society.

Languages of New York City map produced by the Endangered Language Alliance. This is the first detailed linguist-produced map showing some 650 languages and dialects mapped to over 1,000 sites around the city. This view shows the linguistically diverse neighborhood of Jackson Heights, Queens. Map: M. Roy Cartography, 2019 (https://elalliance.org/programs/maps)

In Canada, where Indigenous Peoples still harbor the dark historic memory of decimation through cultural genocide and the intentional spread of disease by European settlers, many First Nations communities have established and maintained blockades over the past few months in efforts to fend off contagion from the outside. Elsewhere in the world—and especially in Africa, Asia, and Latin America—COVID-19 is hitting Indigenous and local communities hard. And as the first-person, Indigenous youth dispatches in our “Pandemic Perspectives” blog series eloquently attest, lockdowns jeopardize the maintenance of food security and the fulfillment of many other basic needs in these communities. The prescribed public health measures—such as physical distancing and hand sanitization—can feel culturally alien, and they can be challenging to apply for lack of space, clean water, and other basic resources.

With all that, it should be amply clear why COVID-19 also is a moral provocation: because the pandemic brings into even sharper focus the chronic prejudice, disparity, and outright racism against Indigenous Peoples, Blacks, and other ethnic minorities that is rampant worldwide. By doing so, it forces us to confront the existential and ethical dilemmas that arise from that troubling situation. 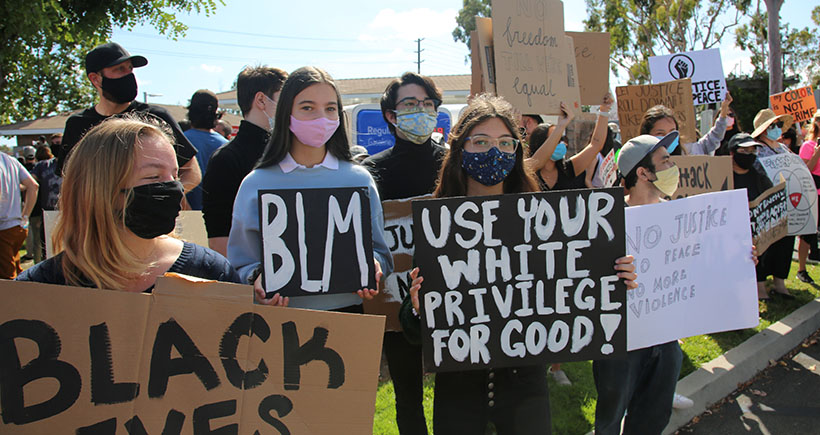 And it’s not just the pandemic crisis that highlights these unsettling societal ills. Most other global crises the world faces today are revealing in the same way. Indigenous Peoples, local communities, and minorities everywhere are among the first to be affected by—and among the ones to most acutely suffer from—the ecological, social, cultural, and economic consequences of reckless human activities that fail to respect people and the planet. The implications are far-reaching, from climate change and its related manifestations (such as melting of ice caps and permafrost, sea level rise, increased risk of droughts and floods, and so on), to pollution, biodiversity loss, land and water degradation from deforestation, mining, and other large-scale resource extraction, and much more.

Whether blatant or subtle, racism is so widespread around the world that one might easily argue that it’s a pandemic in its own right. And, in a bitter irony, racism may now be exacerbated by COVID-19 and all other ongoing crises. We certainly see it explode everywhere before our very eyes, often with outcomes so dehumanizing and brutal that they are achingly hard to fathom.

Whether blatant or subtle, racism is so widespread around the world that one might easily argue that it’s a pandemic in its own right.

Despite all of this, I believe that a different world is possible. The world over, millions of people are rising against racism, discrimination, and injustice. A large portion of humanity is fed up with the status quo, with this seemingly unending spiral of barbarism and chaos, with the version of humankind’s relationships with one another and with the natural world that has become dominant over the past several centuries. A large portion of humanity is now determined to see a different world emerge.

That gives me hope—although not the kind of hope one prays for, but rather the hope one works for. Change will not happen by itself or drop down from the sky. We need to work, and work hard, for it. We need to seize the present frightening—yet critical—moment, a time when all these interlinked global crises seem to be coming to a head at once, and make them into an opportunity to build that different world that so many of us, deep down, feel is needed. That conviction is what makes it possible. And the hard work is what will make it happen.

For the past 25 years, we at Terralingua have stood for “Unity in Biocultural Diversity” and for a just, equitable, sustainable world in which diversity in nature and culture can thrive. That’s the very core of our mission. Today, we’re renewing our efforts to educate ourselves and others about the vital value of biocultural diversity for the future of all life on earth. We’re doing that, in particular, through the pages of our Langscape Magazine, by offering a venue in which the thoughtful voices of the world’s diverse peoples, and especially those of Indigenous youth can be heard. No longer muffled. Ringing loud and clear.

We need to seize the present frightening—yet critical—moment, a time when all these interlinked global crises seem to be coming to a head at once, and make them into an opportunity to build that different world that so many of us, deep down, feel is needed.

We are learning and sharing our learnings, but we know the job isn’t done yet. We know we must do better. And we’ll soon come to you—friends and supporters and readers of or contributors to Langscape Magazine—to ask you how you feel we can do better. Please stay tuned.

As always, we’re keen to hear from you, from as many diverse voices as possible. But this I do know already: together, we can. We can build that different world we need and want: a world that, paradoxically, in the midst of multiple crises—or perhaps because of them—now seems to be coming within closer reach.