Pandemic Perspectives: Elephants at the Door, Masks at the Market

During a pandemic, Indigenous communities tend to be among the most vulnerable, given their often-limited access to water, food supplies, adequate healthcare, and other factors. In this special “Pandemic Perspectives” series of our Dispatches, we’re sharing stories from around the world to shed some light on the obstacles Indigenous Peoples face in light of COVID-19 lockdowns—along with the ingenuity and unity with which they’re facing them.

This post was co-authored by Radhika Borde, PhD, and Siman Hansdak. Radhika is a researcher in the Department of Social Geography and Regional Development at Charles University in Prague and is conducting research in India, where she also worked as an activist and social entrepreneur. Siman is a member of the Santhal tribe and holds postgraduate degrees in Geography. He has worked with NGOs and government agencies across India and is involved with agricultural projects in rural Jharkhand. 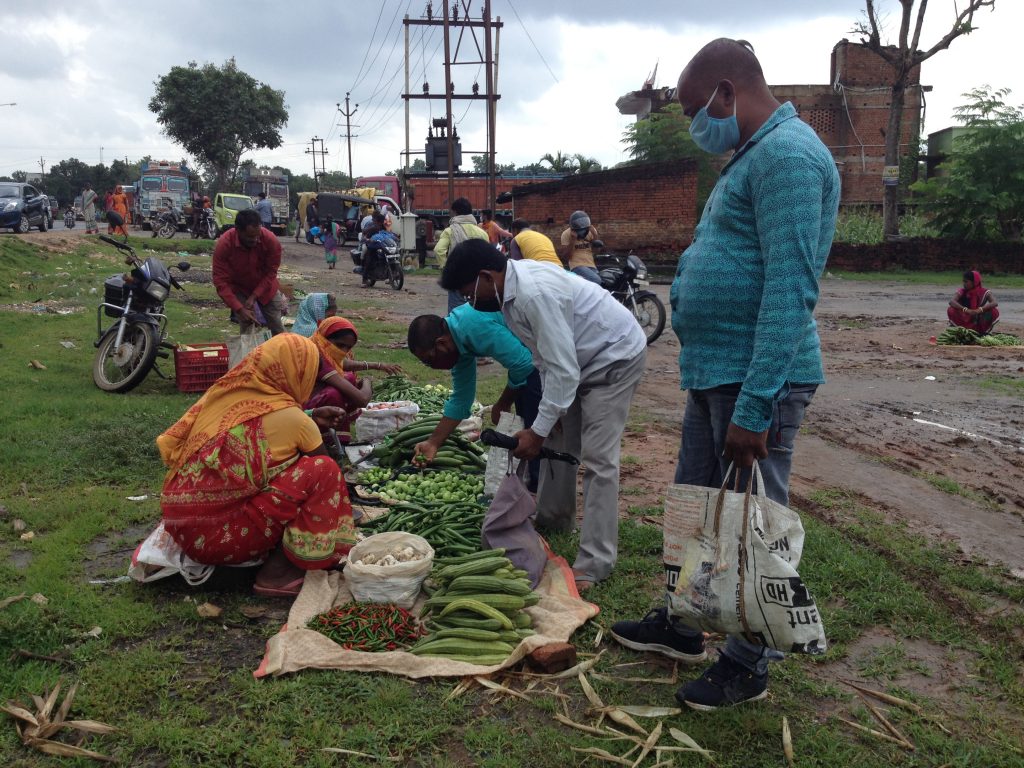 Villagers and shoppers wearing masks at a market near Chanaro. Photo: Siman Hansdak, 2020

A few days ago, the villagers of Chanaro in the state of Jharkhand in eastern India were awoken at night by a herd of elephants running riot in their fields. It isn’t the first time this has happened, and it won’t be the last. The same can’t be said for the daytime sight of villagers wearing masks as they attempt to sell their produce to the few (also masked) shoppers brave enough to venture out into the potentially virus-laden air; this is definitely new for the people of Chanaro, and it can’t be said with any certainty that scenes of this sort won’t be repeated in the future as new viruses proliferate to assail humankind. New viruses are definitely proliferating and have been for a while.

When we think deeply about our predicament as human beings in the grip of the COVID-19 pandemic, perhaps the most striking insight that arises is how connected we all are, even when we live in remote places. We might live in a forest with wildlife at our doorstep, but what happens in metropolises far away has great bearing on how we breathe. Conversely, people in cities far away from places like Chanaro can’t afford to rest in air-conditioned or centrally heated comfort, or whatever other kind of comfort their place in the developed world has allowed them to buy, and forget about places like Chanaro. This is because novel viruses—such as the one responsible for the pandemic we are currently experiencing—are often zoonotic, with origins in wildlife, and in places where humans interact with this wildlife. 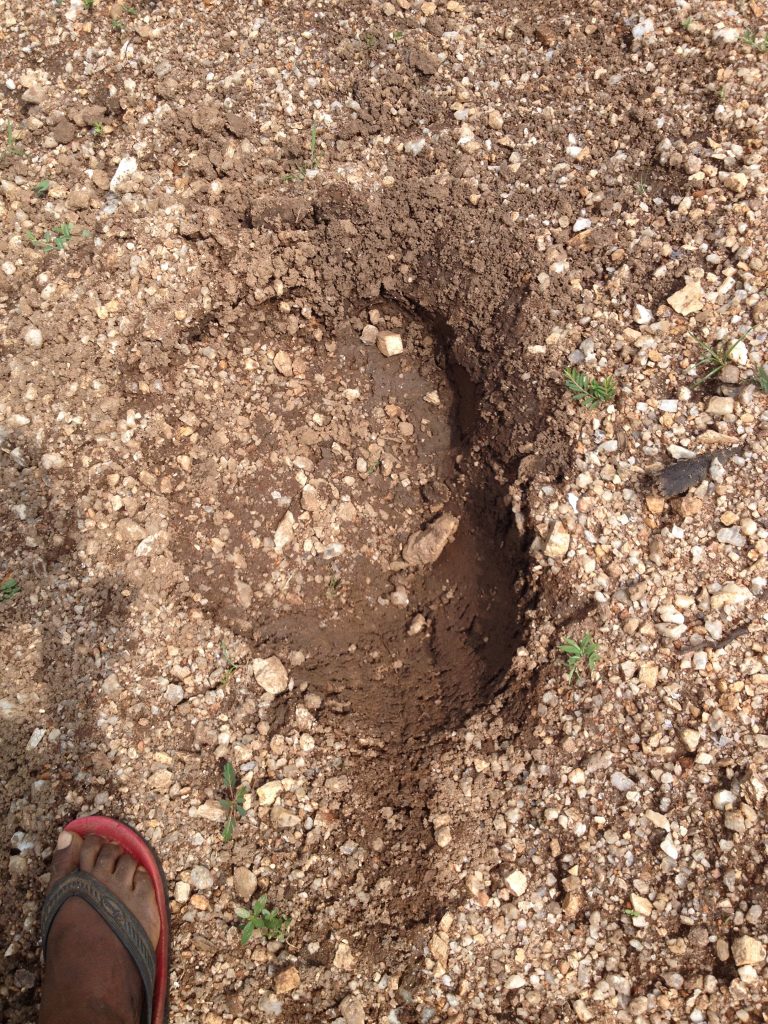 Over millennia, human beings have developed immunity to most of the viruses that circulate in the animals that they have had regular contact with. But then there are the animals of the forest—like elephants—who are no longer staying away from humans as much, because there is less and less forest for them to stay away in. With the increasing loss of wildlife habitats, the encroachment of humans and their livestock on these wild places, and the connectedness of our world, the health of every single living creature on the planet becomes vital to the survival of human beings.

The villagers of Chanaro have long understood this reality. Recently, when some villagers cleared a patch of forest, claiming that their ancestors used to farm it in the past, it was decided that a village council would be held to debate the matter and potentially punish the offenders. Crucially, the villagers express that they are taking the matter very seriously because they believe that the forest must be preserved for the animals who live in it. In their worldview, wild animals are important and must be treated with respect and care, even if some of them are to be hunted down later. 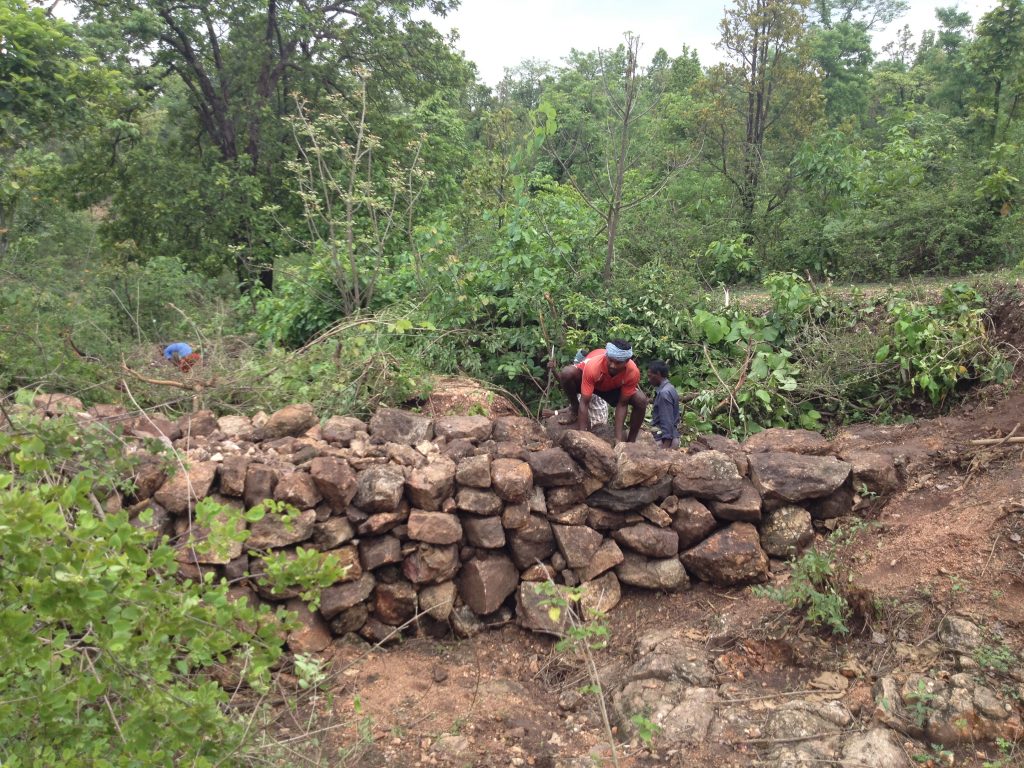 Men building a small dam with rocks in preparation for the Monsoon. Photo: Siman Hansdak, 2020

For the people of Chanaro—a large proportion of whom are Indigenous—hunting, too, has its rules and is seen as an activity that brings humans into contact with dangers; only certain animals are allowed to be hunted, and only for certain purposes. The villagers of Chanaro may not all have heard of zoonotic diseases, but they do express that we must tread lightly upon the Earth— not just for the Earth, but for ourselves. “When a species is on the verge of dying out, it will do everything it can to make itself deadly, to ensure its survival,” says Siman Hansdak, a member of the Santhal tribe who is involved with agricultural projects in rural Jharkhand. “When nature is in a state of imbalance it will do everything it can to restore its balance.”

Read more by these authors. In “Food and Fun in the Forest: An Indian Village Turns to Nature During a Pandemic-Induced Lockdown,” (Langscape Magazine, 2020) Radhika Borde and Siman Hansdak explore how a group of people in the village of Chanaro, Jharkhandv is making the most of what they still have during the COVID-19 pandemic.

Have a Pandemic Perspectives story to share from your Indigenous community? We’d love to share it with the world! Send us your idea!