Wildfires and the Ancient Indigenous Art of Fire Management

Sitting in Terralingua’s offices a couple of weeks ago, I looked out the window. All I saw was a thick, white haze enveloping and obliterating the landscape. Wildfire smoke. My office is in the woods; on a normal day, I would be greeted by the awe-inspiring sight of giant Douglas firs—the signature tree species of this beautiful and rare coastal temperate rainforest here on Salt Spring Island, British Columbia, Canada. But that day wasn’t normal. The western U.S. states of Washington, Oregon, and California were ablaze, and southerly winds were blowing the smoke up north from as far as 1,500 or more kilometers away.

A map of the wildfires blazing across California, Oregon, and Washington on September 9, 2020. Image: Wikimedia Commons, 2020

We’re no strangers to wildfires here in British Columbia. 2017 and 2018 were two of the worst “fire seasons” in recent BC history; even though Salt Spring was spared, ashes and soot from fires elsewhere in the region fell from the sky for days. And although this time the smoke was coming from farther south, knowing that the threat was remote wasn’t reassuring. In a way, seeing the smoke from down south making its way up here made the thought of the massive devastation—and threat to human life—all the more poignant. As I donned a COVID-19 mask, now doubling as protection from particulate matter, I started thinking of humankind’s relationship with fire. This is one of many areas in which we have so much to learn from Indigenous people. 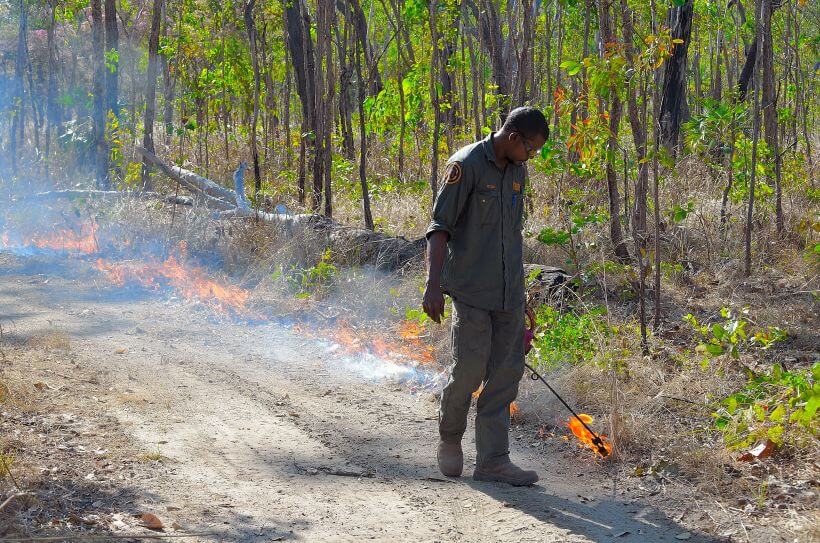 “Taming” fire—learning how to control fire and put it to use for warmth, protection, cooking, and more—is considered to be a turning point in human evolution and a hallmark of our humanity. As fires increasingly rage out of control in these times of climate change, made worse by the ever-advancing encroachment of human habitation into forests and wildlands, I had to wonder: if we are losing the capacity to control fire, are we losing a defining feature of our humanity? After all, fire is an essential and vital element of the web of life of which we are part. It’s not simply a destructive force. It’s simultaneously regenerative—a force of rejuvenation and renewal of the landscape, bringing forth new growth, new vigor, more edible plants, more wildlife, healthier ecosystems overall, to the benefit of all species including ourselves.

Indigenous Peoples around the world have long understood this truth. Over millennia, they’d developed sophisticated techniques for fire management that included cultural burning—the intentional setting of low-intensity fires to foster regeneration. This practice also helped prevent worse wildfires that would totally parch the earth. Under colonial rule, the art of controlled burning—along with other Indigenous practices—was banned for decades. But in recent years, as wildfires blaze larger and larger each summer, governments around the world are increasingly turning to Indigenous populations for their insights on intentional, preventive burning (as evidenced by “To Combat Raging Wildfires, California Turns to Native American Knowledge,” a recent article in Dwell).

As the Dwell article illustrates, many Indigenous Peoples still know that art, or are relearning it. Among them are the Tsilhqot’in people of central BC, with whom Terralingua has collaborated on language and culture revitalization projects. The Tsilhqot’in’s remarkable efforts to revive the art as a part of restoring traditional land management are beautifully described in “The Art of Fire: Reviving the Indigenous Craft of Cultural Burning” in The Narwhal. The 2017 forest fires in BC had devastating consequences for them, and they’re determined not to let that happen again. 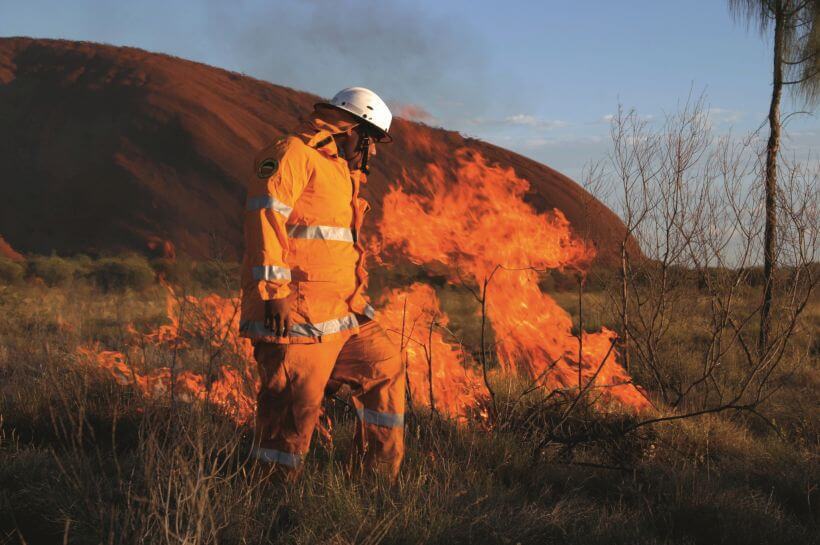 Aboriginal Australians have practiced the art for tens of thousands of years, as Peter Bridgewater explains in “Maintaining the Linguasphere in the Anthropocene,” a 2016 story in Langscape Magazine. They do so, says Peter, “as a landscape management tool, mediated through language, art, dance, and tradition—all elements of the linguasphere.” That means, he argues, that by maintaining the linguasphere “human societies can continue with ecological management at many different scales, from local to global, helping us to survive, if not prosper, in the Anthropocene.” Significantly, an Australian Indigenous fire practitioner is now helping coach the Tsilhqot’in in their art-of-fire revitalization efforts.

Little by little, the appreciation of the traditional knowledge of fire management and use is seeping into public consciousness—and into the practices of forest services and other government agencies in the USA, Canada, and elsewhere. “Prescribed” burnings—or “firelighting,” as Hilary Vidalakis prefers to call them in “Thinking Like Fire: The Biocultural Art of Firelighting” (Langscape Magazine, 2017), are increasingly being practiced in the USA (although to a lesser extent here in Canada, as the Dwell story a few paragraphs above laments). Firelighting, as Vidalakis points out, is not and should not be just about burning off the accumulated “fuel” that might ignite the next wildfire. It truly is about “thinking and acting like fire”—learning to read the landscape and all the plant communities in it and understanding what they need from fire.

But what does fire have to do with to biocultural diversity? I couldn’t say it better than Vidalakis does:

“When we think about biocultural diversity—the connection and interplay between variety in human language, culture, and experience and variety in geosphere, atmosphere, and biosphere—we must consider not only the biological, but also the elemental. How holy, how messy, how humble the experience of firelighting, of attempting to recreate both cultural and natural forces, subject always to the undulations of wind and terrain.”

I echo her words. It’s time we learn, or relearn, the biocultural art of fire and what it teaches us about living with this elemental and regenerative force.