On Biocultural Diversity: Terralingua at 25

It’s hard to believe that it’s been twenty-five years since Terralingua was founded in 1996, with a mission to sustain biocultural diversity through research, awareness raising, and practice! As we celebrate this milestone, it’s a good time to step back and reflect on our path so far and what lies ahead. 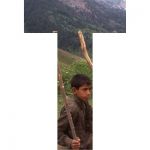 A quarter of a century ago, the idea of biocultural diversity was barely in the air — at least in academic and professional circles, that is. For Indigenous Peoples and local communities who still see themselves as part of, not apart from, the natural world, the link between language, culture, and land is a given — and it has been for thousands of years. At that time, however, academics and professionals were still mostly thinking within silos. 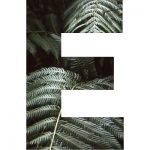 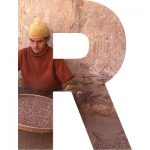 That’s when chance (or call it fate) brought together a small group of people who shared the same unorthodox intuition: that biodiversity, cultural diversity, and linguistic diversity are all manifestations of the diversity of life on earth, and that they are interlinked and interdependent, so that they either thrive together or are threatened together. We believed that the future of humanity and all other species on earth vitally depends on what happens to diversity in nature and culture. And what was happening, we thought, was a “converging extinction crisis” of the diversity of life in all its forms — or biocultural diversity, as we chose to call it. Armed with those convictions and with the sense of urgency that came from them, we decided to take action — and Terralingua was born. (Read Terralingua’s co-founder David Harmon‘s account on those events.) 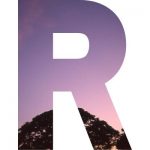 Initially, it was an uphill battle. As a novel idea, biocultural diversity often raised eyebrows: for many, it was a quaint conceit at best and a woeful misconception at worst. So, we agreed that we should first of all focus on building and disseminating knowledge about it. For a number of years, we worked tirelessly to help establish the theoretical foundations of what is now a thriving field of study. By and large, scholarship has lent support to our initial intuition: biocultural diversity is a “real-world” phenomenon, the result of countless close, mutually adaptive interactions between human societies and nature all over the globe; and that myriad of diverse interactions is reflected and expressed in the vast diversity of our languages and cultures. Today, biocultural diversity is the object of hundreds of publications and scores of courses, research projects, conferences and other events, and even entire university programs around the world. 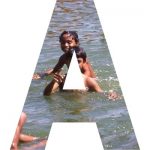 At the same time, we felt strongly from the start that, vital as it is to life on earth, biocultural diversity should not be just a matter of theory. So, early on, we also set out to translate theory into practice. One way in which we did so was by taking part in international policy processes related to biodiversity conservation and protection of linguistic and cultural heritage, with a goal to inject biocultural perspectives into international policies, initiatives, and programs of work. Organizations such as the World Wildlife Fund (WWF), International Union for the Conservation of Nature (IUCN), UN Environment Program (UNEP), Convention on Biological Diversity (CBD), UNESCO, and others have now incorporated a biocultural perspective into various aspects of their work. Several of those organizations even adopted some of the tools we created, such as biocultural maps and indicators, and embraced the kind of biocultural approaches that we were proposing for on-the-ground conservation. 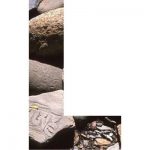 As we were conscious that Indigenous Peoples face constant political, social, and economic threats to their biocultural heritage, we also participated in United Nations processes relevant to Indigenous Peoples’ rights. During the early consultations that were taking place in Geneva, we were among the advocates for linguistic and cultural rights and for the protection of traditional knowledge — rights that are now prominently enshrined in the UN Declaration on the Rights of Indigenous Peoples (UNDRIP), a monumental achievement of Indigenous Peoples’ decades-long battle for their rights. 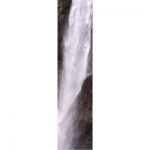 These were formative experiences for us as an organization, and we’re honored and humbled by what we were able to contribute to both knowledge and action in all those domains. Having seeded the idea of biocultural diversity in academia, policy, and professional practice, it was natural for us, about a decade ago, to ask ourselves: where to next? We realized then that it was time for us to go on to seeding biocultural diversity in the minds and hearts of a wider public. We also felt that it was time for our work to “touch ground” by directly supporting Indigenous communities’ efforts to maintain and revitalize their languages, cultures, and links to their lands. 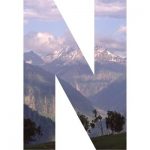 In this new phase, we have zeroed in on education and outreach, and on ways to amplify the diverse voices of Indigenous Peoples and local communities. Our main outreach vehicle has been our flagship publication, Langscape Magazine. Now well-known and appreciated as a unique standard-bearer for biocultural diversity, Langscape features stories and perspectives from all over the world — storytelling that offers different, transformative, narratives as an antidote to the destructive (and self-destructive!) dominant narrative that prevails today. We are thrilled that many of the writers, poets, photographers, film-makers, and artists who choose to contribute to the magazine are Indigenous. That now includes a strong contingent of Indigenous youth who participate in our newest project, the Indigenous Youth Storytellers Circle. 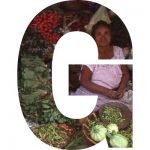 Our on-the-ground work with Indigenous communities has taken the form of providing assistance for the documentation of oral traditions and traditional knowledge through our Voices of the Earth project. And, on the education front, we have created a framework for an integrative approach to teaching and learning biocultural diversity. We now aim to put our approach into practice by collaborating with educational institutions not only on the development of curriculum about biocultural diversity, but also and above all on the creation of opportunities for immersive experiences of biocultural diversity. 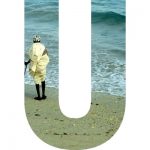 It is often said that a new idea may take about twenty-five years to be recognized and accepted. With biocultural diversity, it seems, we are almost there. People are becoming more aware of biocultural diversity as an existential imperative: the imperative to recognize that humans are not apart from but a part of the natural world, and that we are dependent on it, not dominant over it; and the imperative to bridge that existential gap between people and nature, which has been a primary source of the daunting environmental and social problems we face today. Yet, our work is far from being done. Paradoxically, this shift in consciousness is happening while the diversity of life in nature and culture is increasingly at risk worldwide. Which is why we are now doubling our awareness-raising efforts and seeking to inspire a “biocultural extinction rebellion.” 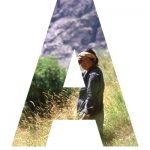 Join us in celebrating our twenty-fifth anniversary! Learn more about biocultural diversity. Read some of the most thoughtful, popular, and colorful stories from Langscape Magazine, which we are republishing on this occasion. Find out about all the ways in which you can get involved. Support our efforts for years to come. And, above all, embrace biocultural diversity and participate in the biocultural extinction rebellion!

All photos taken by Anna Maffi