An Ancient Game Opens the Door to Innovation in the Farma Valley, Southern Tuscany, Italy

The village of Torniella with the backdrop of the woods of the Farma Valley. Photo: Andrea Giacomelli, 2008

To reach the Farma Valley in Southern Tuscany, Italy, you need to stray far off the standard tourist routes south of Siena and away from the seaside, too. Set in the heart of the Metalliferous Hills, the valley covers approximately 120 square kilometers and includes three natural conservation areas with a total extension of a little over two thousand hectares. The population is very sparse, with one of the lowest densities in Italy. The valley is home to three communities, Piloni, Torniella, and Scalvaia, with a total of fewer than five hundred inhabitants. 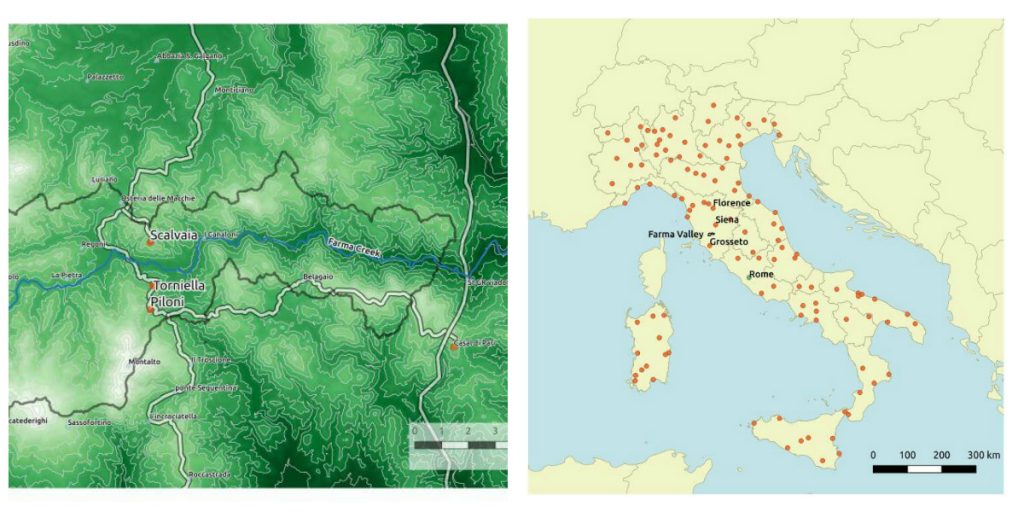 Left: The Farma Creek runs from West to East. Piloni, Torniella, and Scalvaia, are located along the historical state road reaching the coast. This became a secondary road in the mid-Seventies, when a new state road was build to the East. Photo: Andrea Giacomelli, 2017. Right: The Farma Valley is in southern Tuscany, Italy, about 100km south of Florence. The villages of Piloni, Torniella, and Scalvaia maintain the tradition of playing an ancient handball game, palla a 21. Photo: Andrea Giacomelli, 2017

The natural heritage of the Farma Valley includes flora and fauna and, notably, some of the lowest light pollution levels in Italy. The valley’s dark night skies are due primarily to its extremely low population density. Culturally, it includes archaeological sites, such as a prehistoric quarry and historic medieval iron mills and castles. The three hamlets also maintain the tradition of an ancient handball game called palla a 21 (or palla eh!). It is one of the jeux de paume, or ancestors of tennis, that are found throughout various parts of Europe. In the villages of the Farma Valley and three others nearby, palla a 21 has maintained its “roots” character: the ball is handmade, and the game is played in the square of the village. 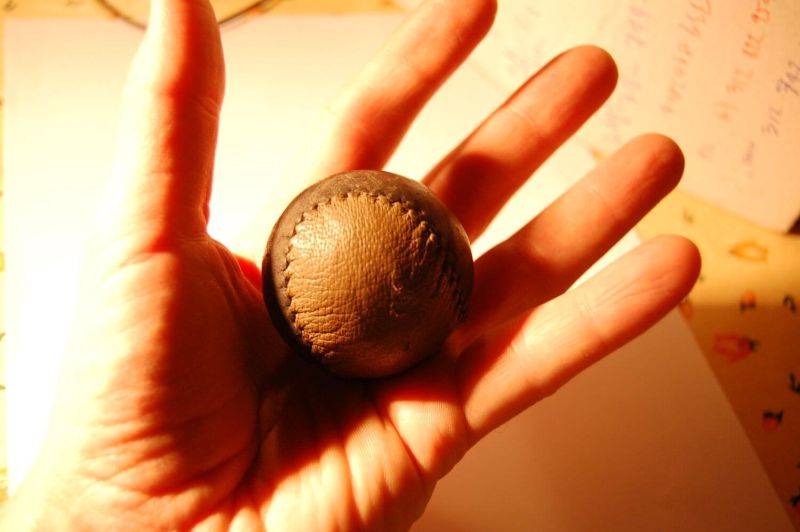 The combination of all these elements makes the Farma Valley a unique spot. At the same time, its position—not close to the sea or to more famous sites—makes it less renowned compared with iconic Tuscan locations. 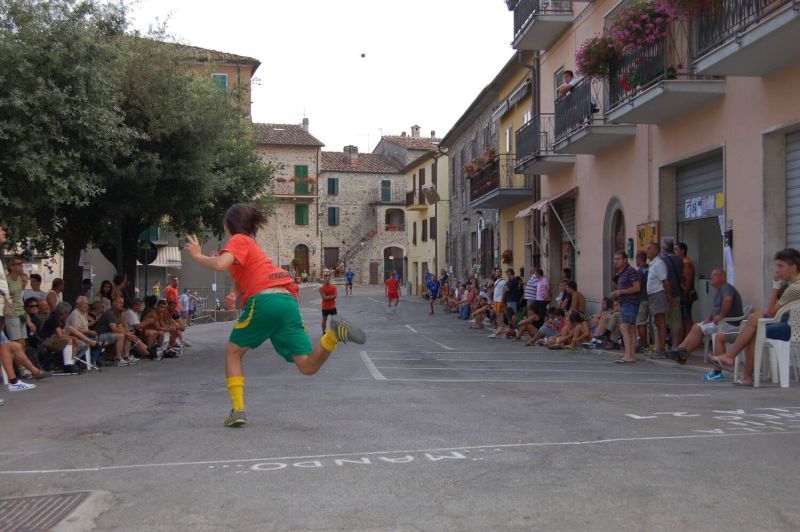 A palla a 21 tournament, with a player from Torniella serving to the opposing team (Scalvaia). The ball can be spotted against the sky. Photo: Andrea Giacomelli, 2012

.In recent years, public agencies—and, to a limited extent, private stakeholders—have been investing in maintaining Farma’s historic landmarks and natural resources. However, the valley’s relatively remote location represents a challenge to providing the continuity of care and resources needed to maintain these assets for the benefit of the local communities and of visitors. It is no simple matter to ensure a return on investment in the Farma Valley. 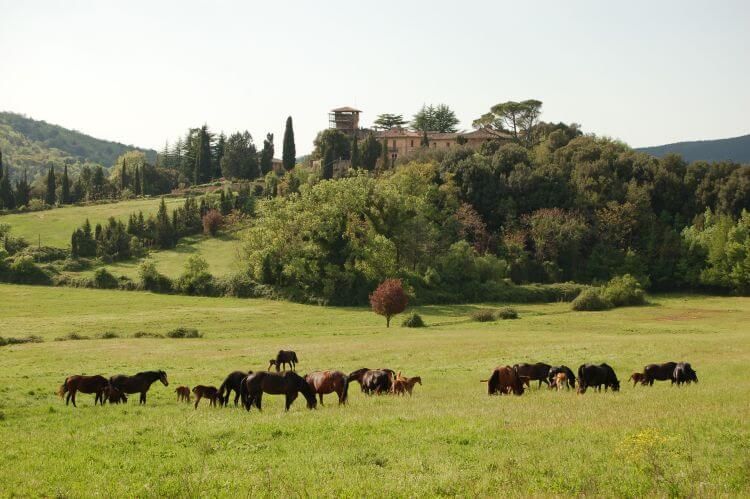 The Belagaio Castle, at the center of the natural reserve system of the valley. Its surroundings also host a horse breeding facility run by Carabinieri Forestali, the national force in charge of environmental protection. Photo: Andrea Giacomelli, 2008 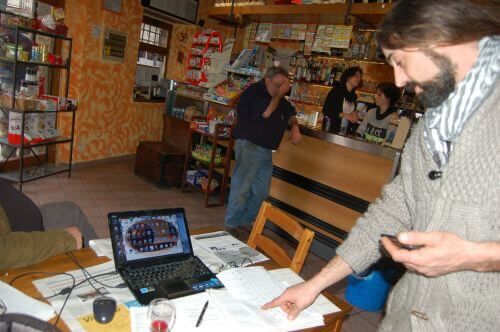 The cafe in Torniella has been the hub of the projects for several years. Photo: Andrea Giacomelli, 2014

On the other hand, local communities have always been active in keeping alive the spirit of their places and actually “making things happen” on their land, mostly relying on their own resources and fundraising capabilities.

Starting in 2007, in addition to traditional events and activities (such as the May Day celebrations, the ancient handball tournaments during the summer, or the wild boar hunting season during the winter), people of the Farma Valley have created several new distinctive biocultural projects. They were triggered by a 2007 cultural mission to Chicago, Illinois, USA, where a selection of palla a 21 players presented demonstrations of this ancient game as part of the summer calendar of activities offered by the city’s Department of Culture.

Recognizing the valley’s dark night skies as an asset, a citizen science project on light pollution monitoring was launched in 2008 and eventually gained international visibility.

This mission, albeit presenting a completely “out of the box” cultural product, had the effect back home of creating an improved awareness among the local communities of the value of the Farma’s tangible and intangible assets. It also suggested synergies to develop new actions, with the primary objective of protecting and promoting the biocultural uniqueness of the valley. Building on the “social network” represented by the palla a 21-playing community and recognizing the valley’s dark night skies as an asset, a citizen science project on light pollution monitoring, called BuioMetria Partecipativa, was launched in 2008, eventually gaining international visibility. This connected the local communities to international research activities, with the valley hosting scientific projects, symposia, and internships. 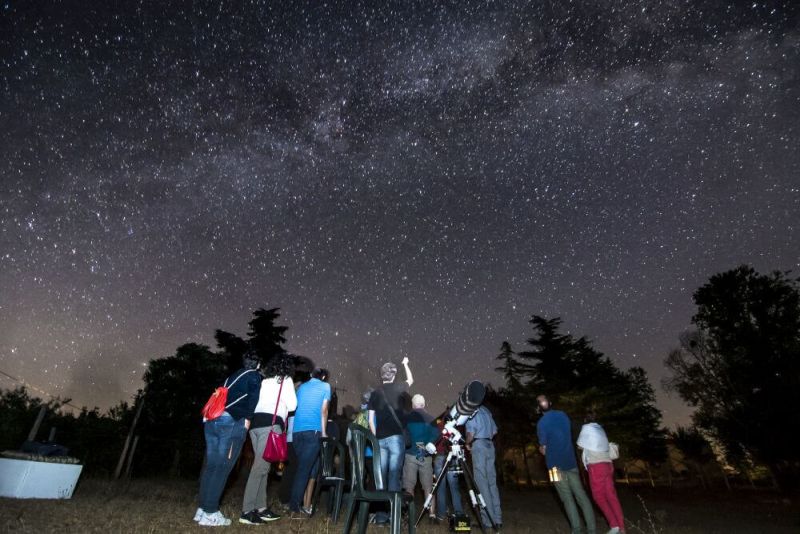 A stargazing session during an event on night sky promotion and protection at the Belagaio reserve. Photo: Federico Giussani, 2017

These developments helped spark local interest in the concept of participatory mapping, and so in 2015 a group of residents started to compile a “community map.” Against the backdrop of the current official base maps of the area, maintained by the Tuscan government, hunters and lumberjacks have been recording place names and trails that are off of the “official radar,” but are part of local family history and activities in the valley. These points of interest have been digitized and made available as open data, enabling the production of “augmented” local maps that have been distributed both in the villages (for example, to revise tourism information signage that dated from the 1990s) and online. 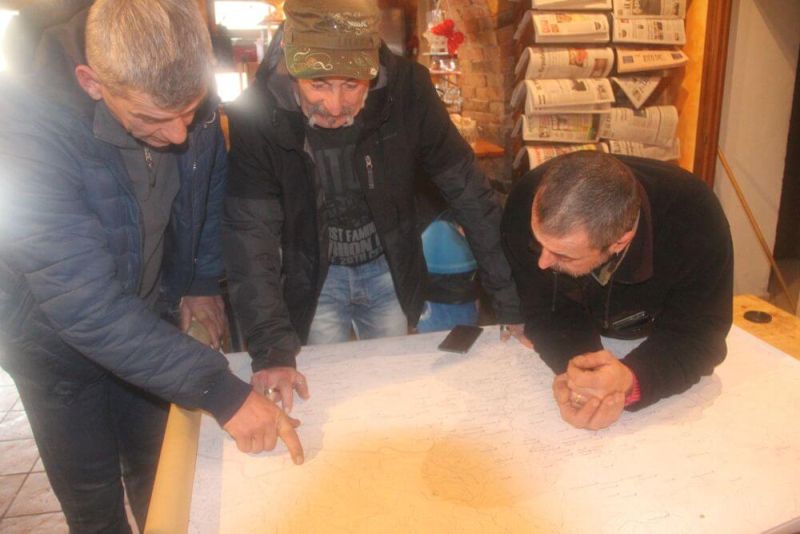 The projects also incorporate significant outreach activity, with events being alternately hosted in the valley and in “outside” locations, both in Italy and abroad. Over one hundred of these events have been held since 2008, linking the people of the valley with others belonging to extremely diverse sectors, ranging from trekking clubs to university departments, from video makers to players of ball games similar to palla a 21, from emerging rock bands to students taking internships in collaboration with these projects. In fact, the Farma Valley may be seen as a living lab where traditional forms of community cultural conservation have merged with state-of-the-art information and communication technologies and with artistic skills.

Left: A detail of the community map, reporting points of interest such as chestnut drying sites, water springs, and hunting locations. Over 200 points of interest have been collected to date. Photo: Andrea Giacomelli, 2017. Right: Claudio Spinosi, a palla a 21 player, smiles seeing shots of some of his past games before the opening of the photo exhibition on the game. A selection of these shots was also presented at an exhibit in San Francisco, California, USA, later that year. Photo: Andrea Giacomelli, 2008