Being in, and with, Biocultural Landscapes: Alternative Visions

Walking through ancient cultural and spiritual landscapes inspires reverence, respect, and a sense of ethics of place. 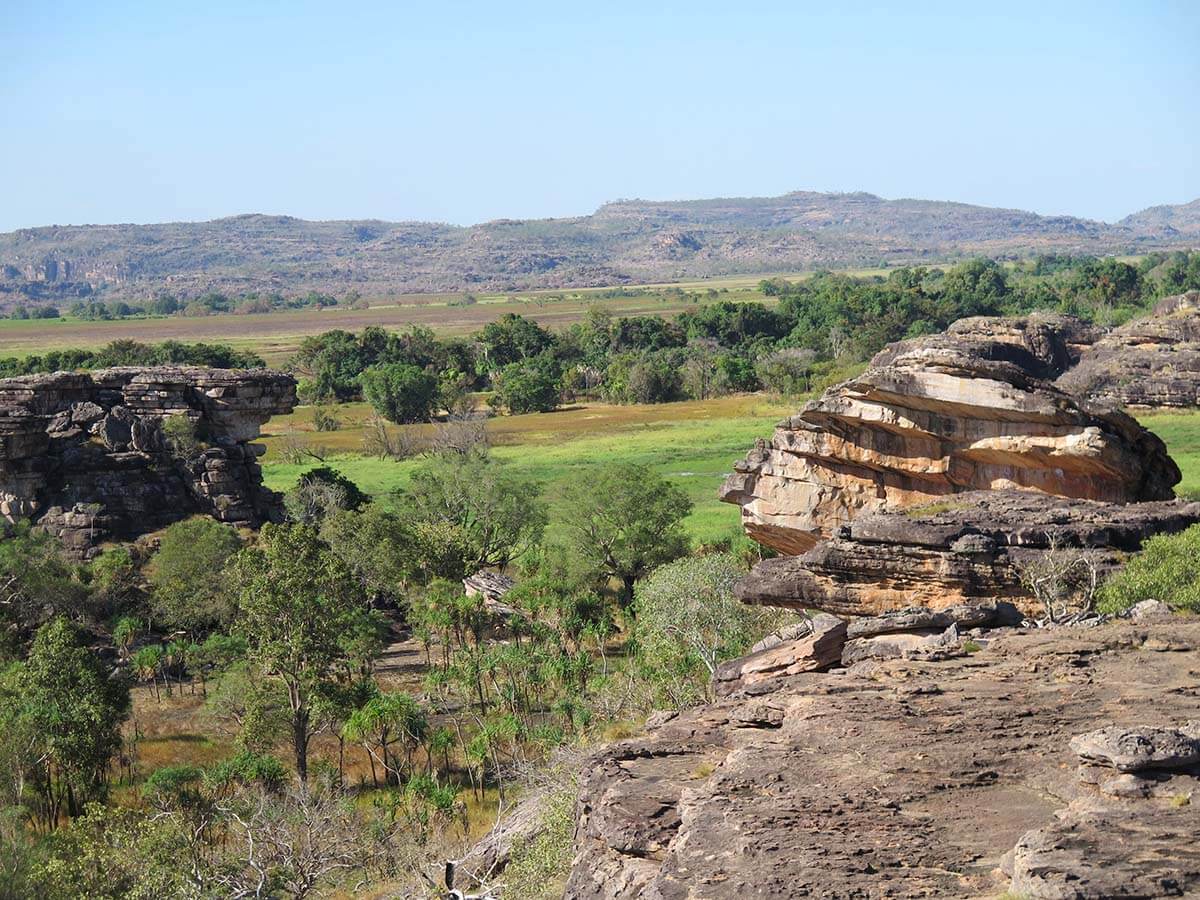 Kakadu National Park. The view from Ubirr towards Arnhem Land. Country rich in cultural, spiritual, and ancestral values and meanings.

Can we perceive landscape as more than “mere” topography, land, or landform? By engaging with landscapes in multidimensional ways, we can reshape our relationships with them, embracing them ethically and respectfully as living cultural places.

Some years ago, I journeyed through two of Australia’s protected areas: Kakadu National Park (in 2015) and Lake Mungo National Park (in 2017), two very different regions, both of which emanate striking power as spiritual and cultural places, layered with intertwined human and natural histories, stories, and memories. At each of these places, I walked around and through them and stood in awe of what lay before me. Terms such as rapture, respect, and other evocative expressions come to mind, as I struggle to articulate in words the sensations and emotions I felt being present in them.

By engaging with landscapes in multidimensional ways, we can reshape our relationships with them.

Ochres of various hues connect these two places, as substance, as color, and as metaphor. The earthy tones of the Lake Mungo landscape, transformed through the play of light and shadow as the day fades, echo the rusty hues of the rock paintings I gazed upon at Kakadu National Park. My journey through each of these landscapes immersed me in a sensory experience: my feet trod carefully on the ground as I followed respectfully, and reverently, the designated paths and tracks. I stayed alert to the myriad sounds, and to the silences, always aware of the echoes and traces, still present, of people’s lives lived long ago. Moving through these landscapes, other sensory perceptions came into play; the smells and feelings, the buzz of insects, the caress of sun and wind.

But although I experienced feelings of respect and reverence towards these places, I knew it was of a different order to the deep and profound connections the Aboriginal Peoples have. My perceptions and emotions did not derive from the same, deeply held, ancient and enduring attachments to these places that the Aboriginal Peoples have. My sense of landscape cannot fully engage with these places as totalities, wholly integrating the sacred and spiritual, human and non-human, natural and cultural dimensions.

Kakadu National Park, a World Heritage Area, is managed jointly by the Bininj and the Mungguy Aboriginal Peoples and the Commonwealth Government. Renowned for its Aboriginal rock art, Kakadu is a spiritual, cultural, and ancestral landscape, a totemic geography and topography etched in deep time with stories and with ancestral deeds and journeys. As the photos in this essay show, the vast canvases of Aboriginal rock art are witness not only to the inscribing of human actions onto this landscape over thousands of years; they also form part of the totality of an organic landscape in which all things are interconnected. These paintings are many things: maps, story places, memory sites, rules and codes of conduct for everyday behavior, and much more. 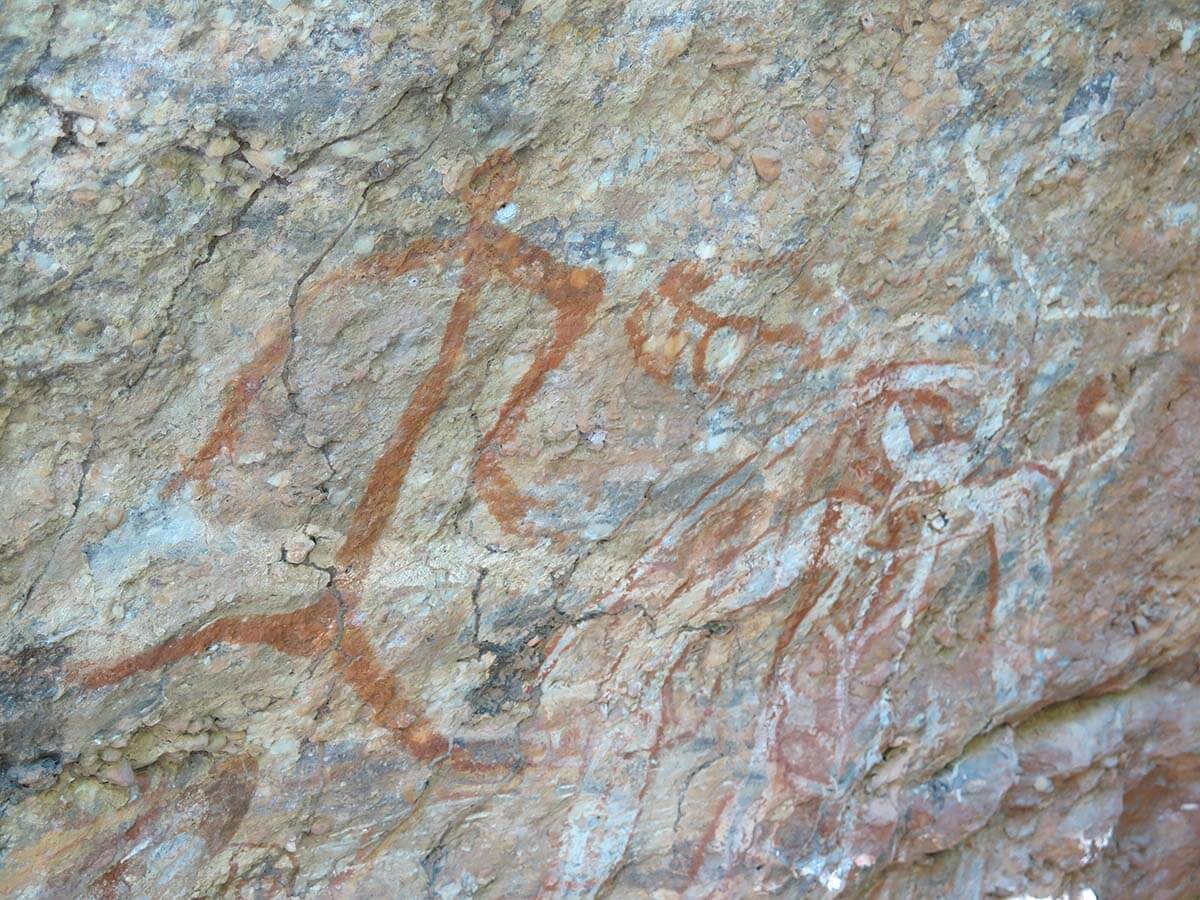 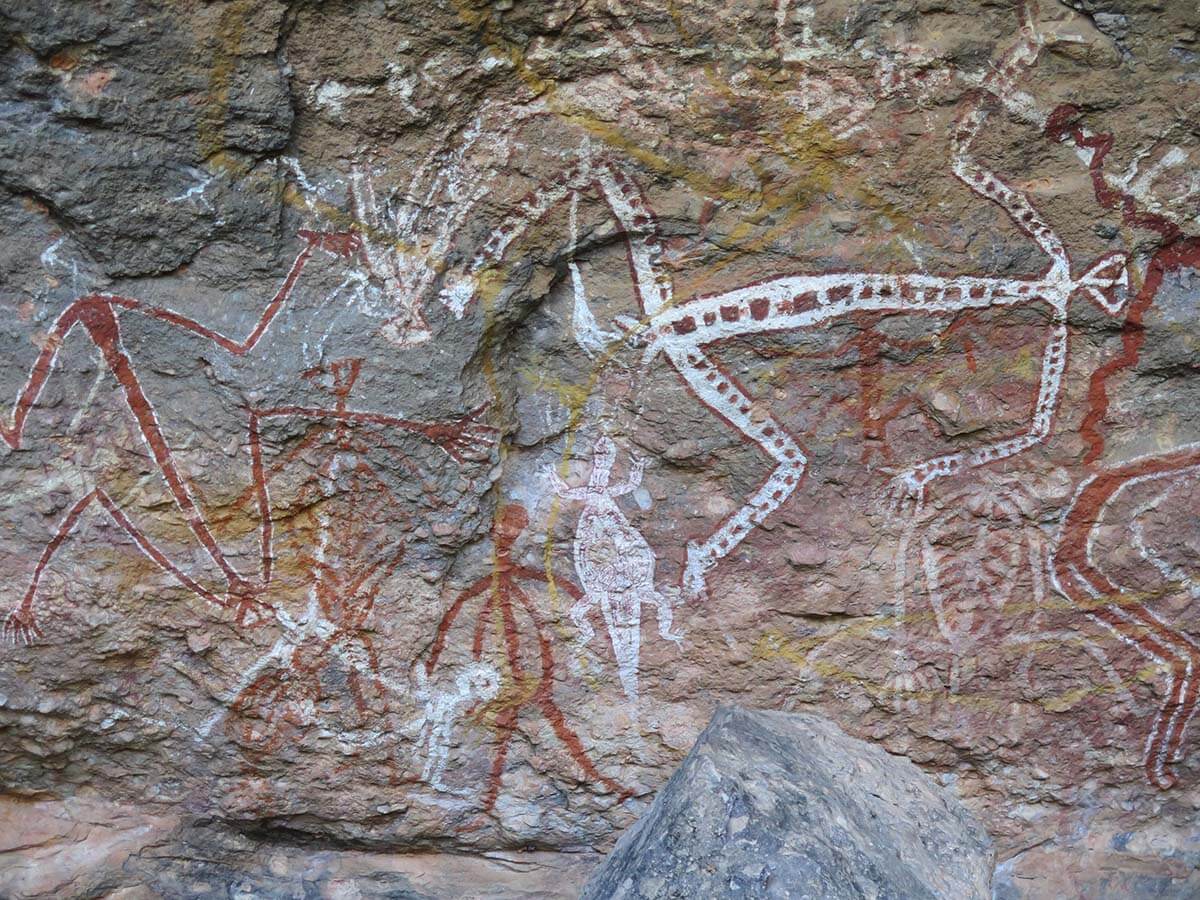 Kakadu National Park, Burrungkuy (Nourlangie Rock). Figures painted in mimih style, portraying spirit beings that are said to have taught the First People knowledge for survival in the rocky plateau of Kakadu and Arnhem Land.

The words of the late Kakadu Elder, poet, and writer “Big” Bill Neidjie capture the essence of reverence toward place and of reciprocal relationships between the owners and their Country. “You look after Country, Country he look after you,” he says in Old Man’s Story: The Last Thoughts of Kakadu Elder Bill Neidjie (Neidjie & Lang, 2015, p. 51). Bill had much to tell about his Country, the place of Ubirr, one of the many iconic sites of rock art in Australia:

That rainbow serpent Ubirr, that’s the one now.
We should look, everybody, and teach children.
Might be too late.
(p. 51)

Neidjie, from the Bunitj clan of the Gagudju-speaking people, was one of the owners of these sites, with responsibility to look after them. In Gagudju Man (2002, pp. 18–39), he also spoke of the reciprocal relationships his people have with their Country, which guides how they sustainably manage it, including with the cultural uses of fire:

His powerful words speak of a moving and emotional connection to his Country, informed by deep respect, reverence, and reciprocity:

I feel it with my body,
with my blood.
Feeling all these trees,
all this country.
When this wind blow you can feel it.
Same for country,
You feel it.
You can look.
But feeling . . .
that make you.

As much as I felt something of the values embedded in Neidjie’s reflections on his Country, my sensory immersion in these landscapes can only ever be partial. If we look to Aboriginal Peoples’ voices and perspectives, these values and attitudes towards landscape as Country, as a totality of space and being, are central..

Kakadu National Park, Ubirr (Main Gallery). Two details of the decorative “X-ray” art style, characterized by depictions of animal and/or human figures in which the internal organs and bone structures are visible. These depictions also point to rock art as having agency and being integral to landscape as a totality. 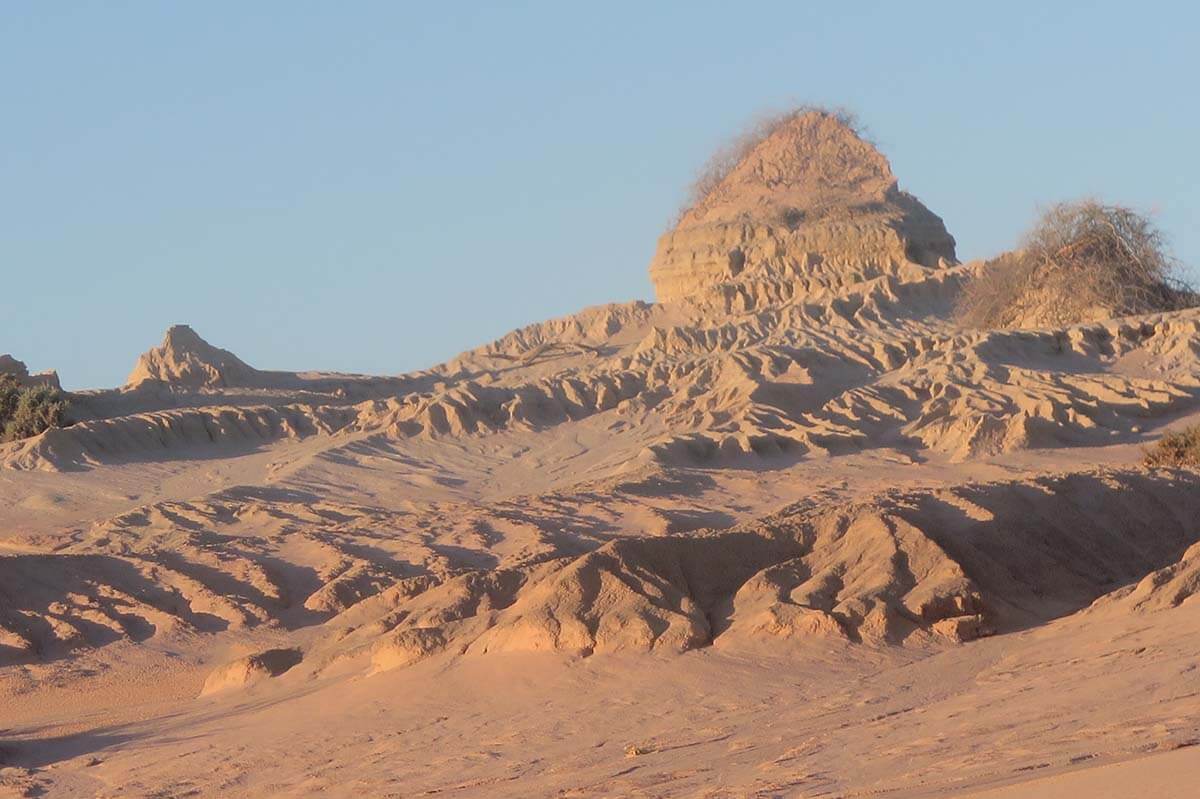 Lake Mungo National Park. The striking, layered, and patterned formations of Lake Mungo. The silence tells of intertwined histories, Aboriginal and other.

Journeying through Lake Mungo National Park, there was a silence in the layered sand dune formations, mysteriously evocative of its Aboriginal history. Here I was inspired by the same feelings of awe that I had experienced at Kakadu. This was in the knowledge that the Aboriginal Peoples’ ancestral and enduring attachments to this place also run deep, informed by reverence and respect.

Lake Mungo National Park is an ancient dry lake bed located in the heart of the Willandra Lakes World Heritage Area in western New South Wales. It has attained national and international prominence for its striking landforms, known to outsiders as the “Walls of China”: eroded sand and soil formations deposited over hundreds of thousands of years. It is home to the Ngyiampaa, Mutthi Mutthi, and Southern Paakantyi (Barkindji) peoples, and bears witness to their ancient and enduring cultures in many ways, including human burials, some showing evidence of accompanying rituals, fossilized human tracks up to 20,000 years old, midden sites, and ancient fireplaces. 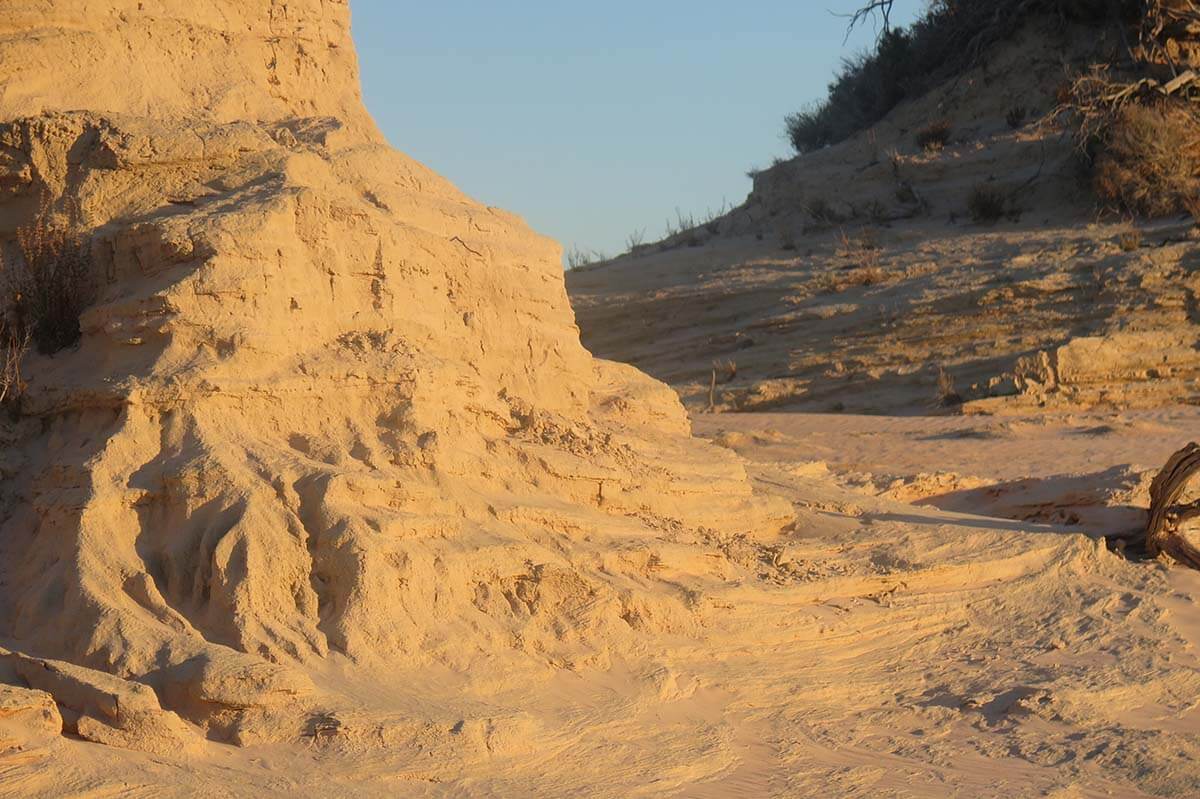 Aboriginal people have lived in this landscape for at least tens of thousands of years, enjoying a way of life rich in natural resources. The photographs shown here convey a profound sense of the timelessness of this place and powerfully suggest the reverence with which First Peoples have held their attachments to these living biodiverse landscapes. The ancient burials, the footprints, and all the other traces of past lives, richly lived, still speak. It is as though their voices still echo through the silence of long passages of time and can be heard whispering in the etched sand dunes, bearing witness to a long and enduring connection to that Country... 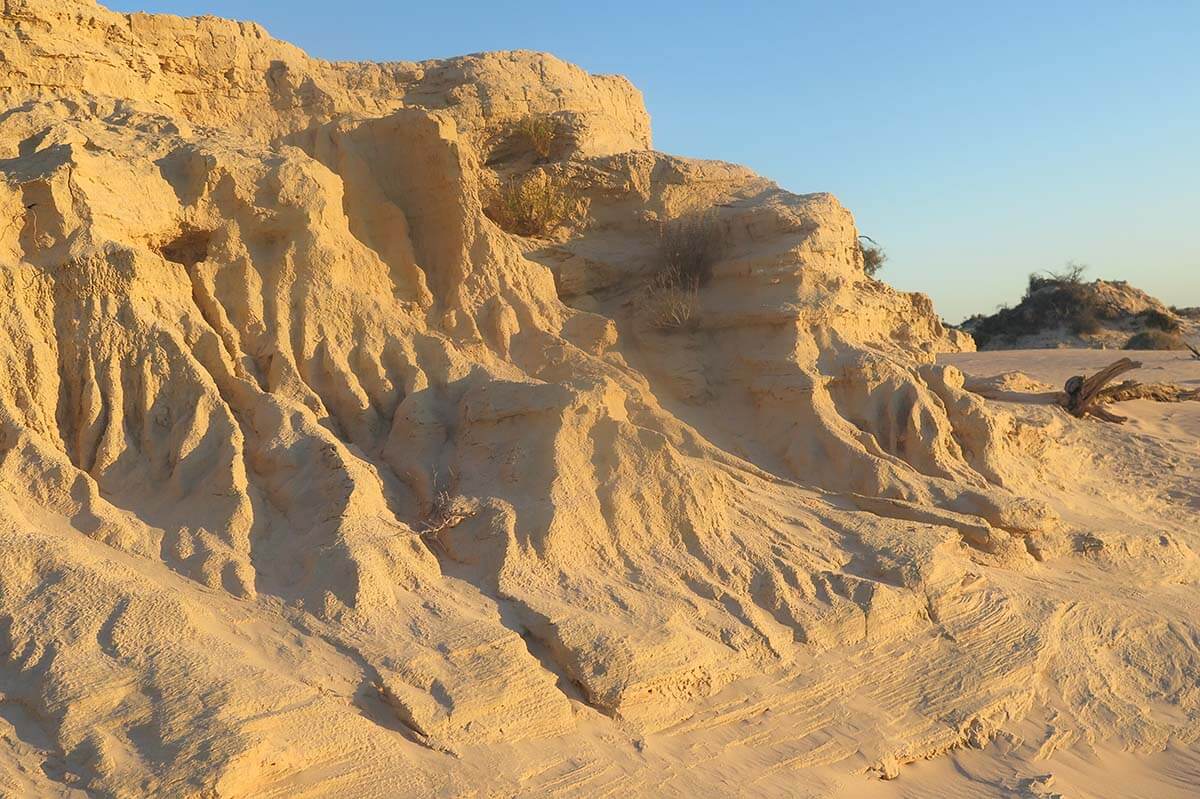 Lake Mungo National Park. Alternative ways of seeing landscape facilitate an integrated view where the human engages with non-human, more-than-human, and other species in complex formations.

Lake Mungo National Park. In these three images, the play of light and shadows hints at a timeless topography, its extraordinary striations marking deeply layered histories and memories. A place beyond time, a place for reflection. A place that invites us to embrace it respectfully and with a sense of ethics and responsibility.

Non-Indigenous Senses of Landscape as Totality

Some Western thinkers and writers have conceived of landscape in ways that resonate with or complement Indigenous worldviews. For example, Aldo Leopold’s notion of an ethics of place, articulated in 1949 and elaborated more recently by anthropologist Debbie Rose, makes an important contribution to developing alternative visions of biocultural landscapes. Another writer, Henry David Thoreau, held a sense of reverence in his engagement with the landscape at Walden Pond, musing on a notion of “living deliberately,” which hints towards a more visceral, reflective, and ethical way of being in, and with, landscape. Philosophers like Goethe, von Humboldt and, more recently, Val Plumwood articulated a sense of the totality and humanism embedded in landscapes. Anthropologist Tim Ingold coined the term “taskscape” as a way of linking body and landscape, while archaeologist Robert J. Wallis suggested a shift from a “bird’s-eye” view to a “worm’s-eye” view of rock art and of landforms that would enable us to perceive them from different perspectives, from inside out, underneath, and other dimensions.

The writings of Goethe, Leopold, Thoreau, Ingold, and others, in their different ways, suggest a poetics of place, as a powerful call for us in this fractured and troubled world to see, listen to, and feel the natural world, to be present in and with it, as a part of ourselves. By harnessing the writings and thinking of these people, along with Indigenous worldviews and perspectives, we might begin to approach biocultural and biolinguistic landscapes with reverence, respect, and an ethics of place. 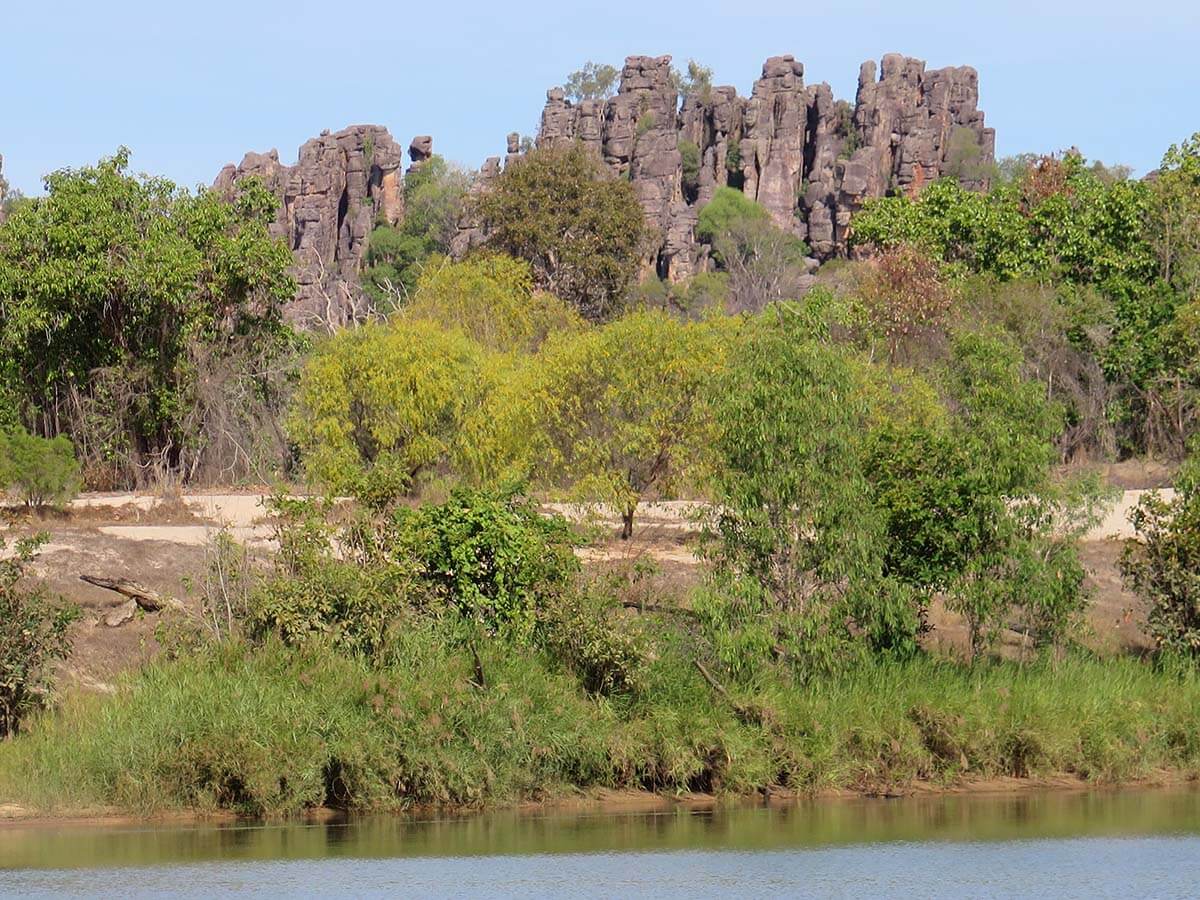 The awe and majesty of Kakadu National Park landscapes invite reverence and respect. 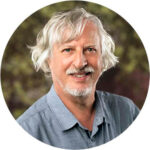 Michael Davis, PhD, is a writer, historian, and consultant who researches and writes in the areas of the environmental humanities and the climate crisis. He has a special interest in Indigenous histories, ecologies, and knowledges and the engagement between different knowledges. Michael works with Indigenous Peoples and organizations, mostly in Australia. Read more from Michael Davis.