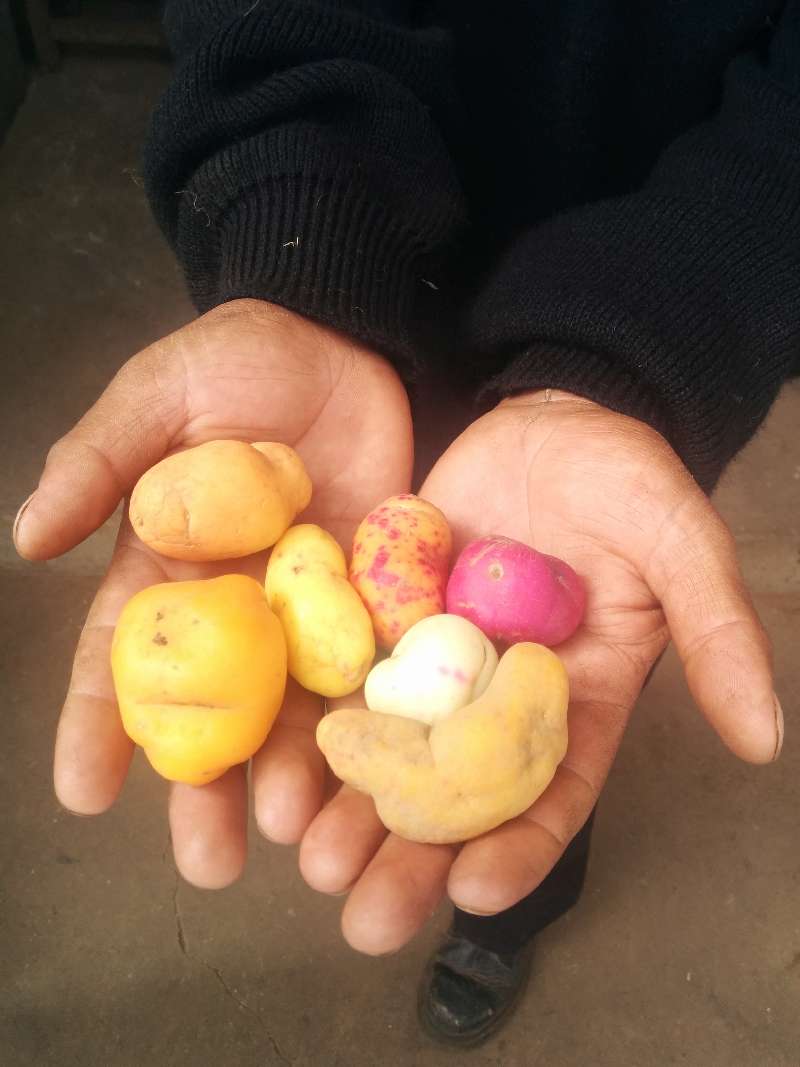 Peru has over 1,400 varieties of potato in the Andes Mountains. Photo: Katherine Zavala 2014

The mountains around me are dry and bare. This is not the usual vision of the Andes landscape, where Indigenous villagers are accustomed to seeing snow-covered tops and ice trickling down. Snow has always meant that there will be water to nourish the biodiversity in the Andes. This is no longer the case.

“We used to grow our food based on what the Apus told us,” says an Indigenous spiritual healer from the Amaru community. The Apus are the spirits of the sacred mountains that guard the communities. “We used to consult with the mountains, the plants, and the animals, but we’ve seen that the plants are confused. They are flowering when they’re not supposed to. We are losing confidence in what the plants are telling us.”

Indigenous members from the Amaru community shared with me that climate change is affecting the conditions for growing potatoes. At higher altitudes, pests can’t survive, but with global warming, the Indigenous farmers have to go higher and higher to build more adequate conditions to cultivate potatoes.

With the support of a long-term relationship with Association ANDES (Association for Nature and Sustainable Development)  —  a Cusco-based local organization that works closely with Indigenous communities to protect traditional knowledge, biodiversity, and seed sovereignty  —  the five Indigenous communities of ACPP are building their autonomy and establishing themselves as an exemplary model of an Indigenous-managed park for biodiversity conservation.

Sumaq Kawsay [is] a term closely related to the concept of Buen Vivir or “right living,” reflecting a respectful co-existence with Mother Earth and the ancestral spirits.

For five years, the Association ANDES has followed a community agreement to establish the Potato Park as an Indigenous Biocultural Heritage Area (IBCHA). The IBCHA model describes a community-led and rights-based approach to conservation, which ensures local livelihoods using the knowledge, traditions, and philosophies of Indigenous peoples related to the holistic and adaptive management of their landscapes, ecosystems, and biological and cultural assets. 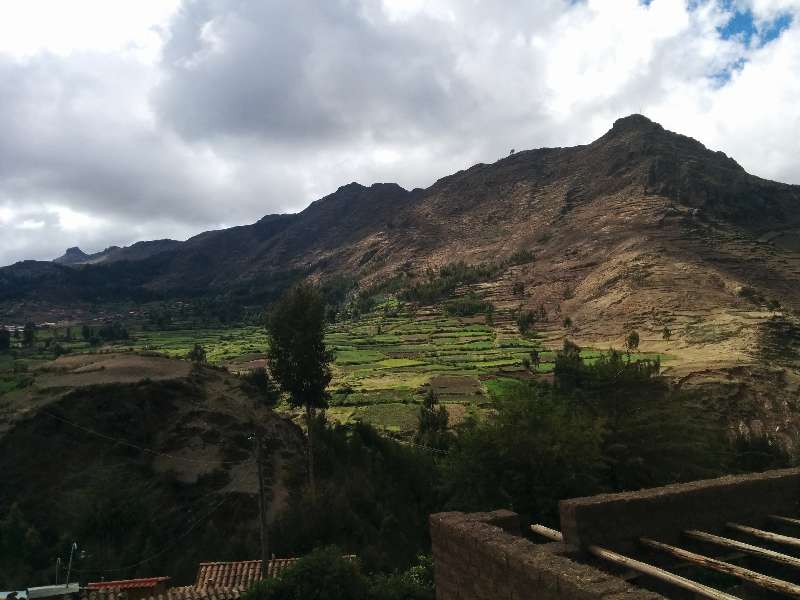 Landscape near the Potato Park in the Andes Mountains. Photo: Katherine Zavala, 2014

I learned that the main principle of ACPP is keeping the tradition of Sumaq Kawsay, a term closely related to the concept of Buen Vivir or “right living,” reflecting a respectful co-existence with Mother Earth and the ancestral spirits.

Buen Vivir is a way of living that was shared with me by Indigenous communities based in Chiapas, Mexico. Many of these communities live in the autonomous municipalities that work closely with IDEX Partner, DESMI (Socio-Economic Development of Indigenous Mexicans). The notion of building community self-determination is based on an agreement that we all want to live well, respecting the rights of all species living on Mother Earth. It is the ancient wisdom and stories of learnings and awakenings passed through generations that can give us the solutions, ideas, and historical knowledge that expands our imagination to build a peaceful, diverse, rights-based society for all.

Community self-determination is especially important for Indigenous populations as their communities are often the most marginalized and oppressed.

My journey with IDEX has been a long one, spanning almost 10 years. This year, IDEX will be celebrating its 30th anniversary of being a San Francisco-based organization that has evolved to identify, evaluate, and nurture the best ideas of local leaders and organizations to address challenges found at the intersection of food sovereignty, economic justice, and climate resiliency. For over a decade, IDEX has practiced a Partnership Model of grant-making that is first and foremost relationship-based, combining long-term support and flexible funding. 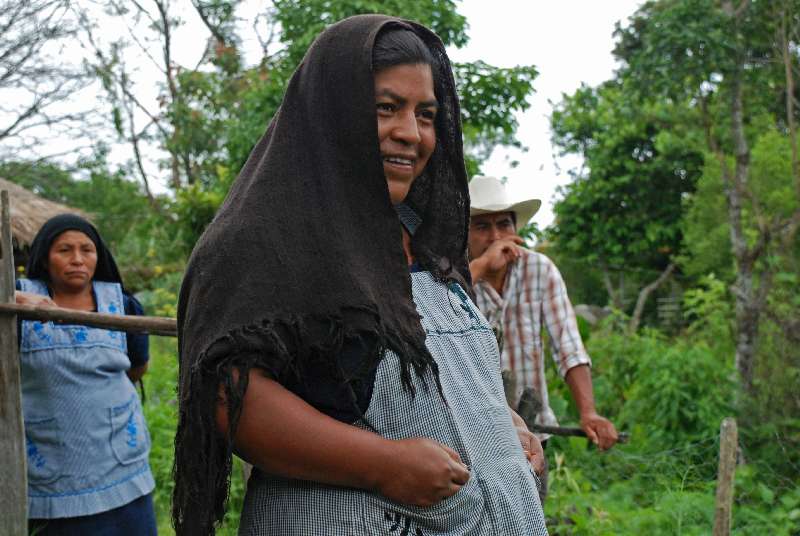 In January 2014, IDEX launched its revamped Theory of Change, articulating the short-, medium-, and long-term outcomes of the four program areas that emerged from an inclusive and participatory evaluation process with Indigenous leaders and communities among IDEX Partners. The four areas are community self-determination, organizational resilience, global solidarity, and advocacy for social justice giving.

Community self-determination is especially important for Indigenous populations as their communities are often the most marginalized and oppressed. We direct grants to partners who can successfully address local challenges through self-defined community solutions. As our partner in India, Sahyog Sansthan, remarked, “Based on our experience, we feel that a Theory of Change that addresses local community solutions generally leads to a positive change in the society.” Community solutions have integrated the protection, respect and value of biodiversity in crops as a strategy for sustainable livelihoods.

For Indigenous-led organizations, global solidarity is also of paramount importance. In order to learn, deepen, and scale the impact of their work, partner organizations need to enhance their capacity for collaboration and joint strategy development with larger movements. While the Indigenous movement has gained recognition globally, this process has been slow, and protection of rights varies greatly across the globe. IDEX Partners in Indigenous communities have underscored their desire to build stronger linkages with regional, continental, and global movements. As DESMI in Chiapas, Mexico, puts it, “If globalization is affecting all of our countries, the struggles should be global.” 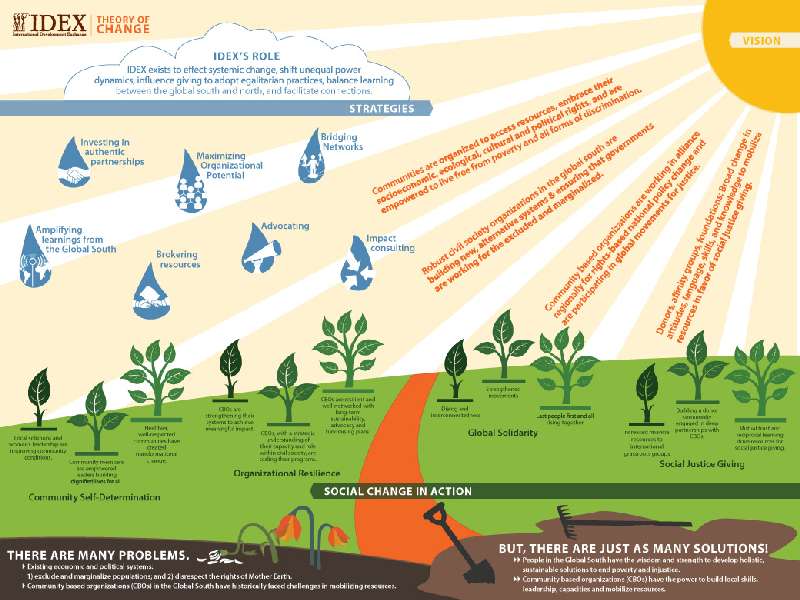 The IDEX Theory of Change was revamped and launched in January. Image: IDEX, 2014

With this intention to build upon the need for global solidarity, IDEX resourced four regional learning exchanges in India, South Africa, Brazil and Mexico. In September 2013, I witnessed the power of solidarity and Buen Vivir in the Chiapas Agroecology Learning Exchange. This event opened with a Mística, a ceremony of gratitude and offering to Mother Earth for her soil and food that nourishes us. Petul, an Indigenous Tzeltal Maya student of Indigenous theology, led the process of building the Mayan Altar within the Mística. The ceremony showed a cosmic cross with an orientation to the four directions: North, South, East, and West.

Starting with the East, the direction from which the Sun comes up, a red candle is lit to symbolize the creation, the heart of the Sky and the Earth. Towards the West, where the sun rests, a black candle represents the path of the Creator, of nature. Crossing the East-West line is the path from North to South, which signifies the walk of humanity or Lekil Kuxlejal (a life lived in dignity). North is represented by the white candle, symbolizing the memories of the first ones, the original bones, and the cave of origin where all people were together and traveled from North to South. From North comes death along with the powers that kill and humiliate. At the other end, South is represented by the yellow candle for femininity, fertility and the hill of sustenance where maize and the Mother seeds are kept.

The cosmovision shared by Indigenous communities tells us that we are interdependent with one another. Harming any natural resource is harming ourselves.

Through the traditional ceremonial rituals of the mística, we reflect in our hearts on the importance of our cultural roots. The Mayan Altar stays at the center of the room to symbolize our common will to continue the path of our ancestors, and to share this path with the new generations. 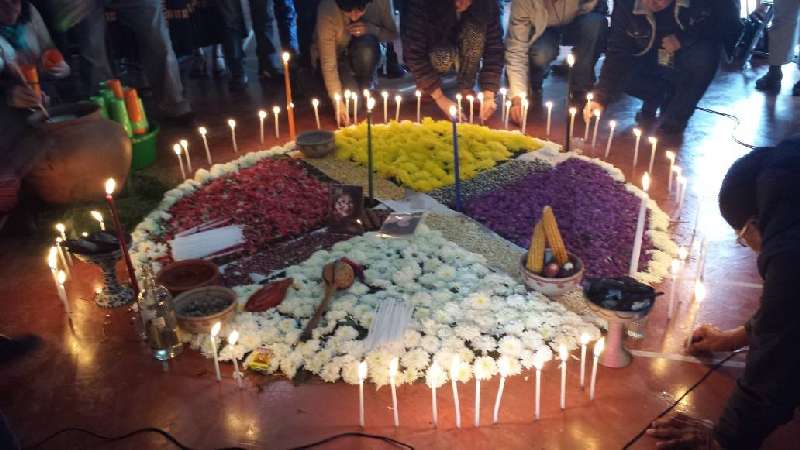 A Mayan altar built for the Mística Ceremony held at the Agroecology Learning Exchange in Chiapas, Mexico. Photo: Rajasvini Bhansali, 2013

Living in the Global North, especially those of us living in urban centers, we’ve created and internalized our own story that we’re not connected to nature. But what I’ve learned is that nature has never been disconnected from us. We breathe the air, we drink the water, we feed upon the sunlight, as do all animals and plants. When we are grateful to the land we stand upon, and the food that we eat, it is clear that we are part of the planet’s ecosystem.

The cosmovision shared by Indigenous communities tells us that we are interdependent with one another. Harming any natural resource is harming ourselves. We must work to stop abusing our planet and destroying ourselves. Instead, let’s strive for a life of dignity and Buen Vivir to protect and sustain our beautiful biocultural world.

Katherine Zavala has been with the US-based organization IDEX, now called Thousand Currents, since 2005. She is passionate about amplifying global learnings from IDEX Partners with the US public, particularly in relation to food sovereignty. In 2005, Katherine volunteered with an Indigenous-women-led organization in Guatemala and earned a Master’s in International Relations from San Francisco State University.

IDEX. (2014). A Theory of Change: Theory of Change Outlines Vision for International Development and Philanthropy. Retrieved from https://www.idex.org/blog/2014/01/28/idex-theory-of-change/ 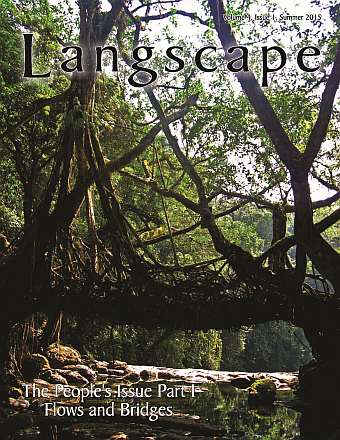 …did you know that Langscape Magazine is an ad-free, full-color publication that brings you unique stories about people and nature from all over the world — inspiring stories that you won’t find anywhere else?

“The articles are all so rich in elucidating the resilience of biocultural diversity. I appreciate all of the work Terralingua does so very much.” — Nejma Belarbi, MSc, MH, Ethnobotanist and Herbalist

“Langscape is the heart of the movement.” — Kierin Mackenzie, PhD Student, University of Canterbury, New Zealand