Cherokee Voices for the Land: Photovoice Film by the Cherokee Nation Medicine Keepers 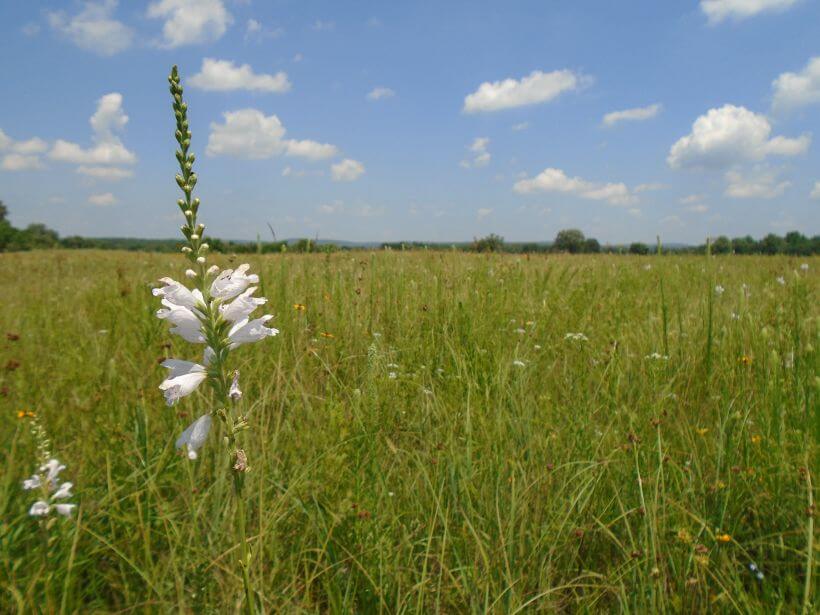 Amid the ever-present concerns throughout Indigenous communities over the health and vitality of our people, lands, and ways of life, our elders represent sources of knowledge and wisdom that we rely on for guidance and direction. Yet, increasingly, traditional ways of passing down knowledge through person-to-person relationships and kinship bonds have to compete with dispersed tribal populations and the dazzling array of technology preferred by today’s youth. In this context, how can our elders effectively communicate their knowledge and perspectives on pressing issues to tribal officials, youth, and the general tribal population? How can media technology be harnessed in the service of this goal?.

Cherokee Voices for the Land is a still-image documentary film that displays the perspectives of the Cherokee Nation Medicine Keepers in relation to land, language, and health and broadcasts their mission to conserve tribal lands and perpetuate Cherokee environmental knowledge for future generations. The Medicine Keepers are an incorporated group of fluent-speaking Cherokee elders in Oklahoma, USA, and they work closely with the office of the tribal Secretary of Natural Resources in advancing this mission. In May 2015, they met with facilitator Dr. Clint Carroll (University of Colorado, Boulder) to design a Photovoice project around the themes of land and health. They decided that the goal of the project would be to promote conservation of tribal lands and resources within the Cherokee Nation through images and voiceovers that convey their concerns about current land use and community health in northeastern Oklahoma.

Native peoples have long transmitted knowledge through stories, and storytelling continues to be a powerful means of communicating information in tribal communities today. Photovoice is one way of employing recent technology in the service of these rich storytelling traditions. A Photovoice project distributes cameras to individuals, asking them to photographically document places in their community related to a defined topic or question. With participants’ guidance, a researcher compiles the photographs into a presentable format that conveys the community’s voice in a visual form — a slideshow, collage, or still-image documentary. Through the power of imagery, and through the eyes of community members themselves, Photovoice promotes critical dialogue and new knowledge about community-defined issues.

Plants and Cherokee ancestral knowledge are mutually dependent: when plants are threatened by development or other activities, so is the knowledge of those plants; conversely, when Cherokee knowledge fades through lack of transmission, so does the significance of wild plants in Cherokee culture—and therefore their continued protection.

The establishment of the Cherokee Nation Medicine Keepers marks a critically important time in Cherokee history and affords a unique opportunity to confront pressing questions about land conservation and its relevance to human health. The group formed in tandem with Carroll’s previous work on a tribally-led ethnobotany project through the Cherokee Nation Office of Environmental Protection from 2004 to 2007. A number of cultural roadblocks inhibited the ethnobotany project — from taboos surrounding discussions of plant medicine to skepticism about placing such knowledge in a tribal database. In response, Carroll and Cherokee Nation Natural Resources Supervisor Pat Gwin called together numerous elders who had expressed interest in the project, and whom Carroll had previously interviewed individually. At this first meeting in October 2008, the group agreed that they represented perhaps the last generation to have been reared with a significant amount of plant knowledge, and that now was the time to reverse its decline. They discussed how plants and Cherokee ancestral knowledge were mutually dependent: when plants are threatened by development or other activities, so is the knowledge of those plants; conversely, when Cherokee knowledge fades through lack of transmission, so does the significance of wild plants in Cherokee culture—and therefore their continued protection.

Cherokee Voices for the Land gives voice to the elders’ perspectives on land and plant conservation, while also guiding tribal policy toward this urgent end. The film integrates the individual photos and voiceovers of the Medicine Keepers and serves as a platform for their collective voice on land and health issues in the Cherokee Nation. It also emphasizes how the Cherokee language intersects these issues as a key component of cultural vitality and place-based knowledge. Ranging from childhood stories about growing up on the land to commentary on contemporary land use and the effects of industrial pollution, the video presents critical Cherokee perspectives on the connections between language, knowledge, and the environment. It is a call for Cherokees — and all people — to “honor the earth” by recognizing the spirit that resides in all life and that connects us all.

Title: Cherokee Voices for the Land on Vimeo
Medium: Digital still image video with voiceover (in Cherokee and English), music, and nature sounds
Running time: Approx. 30 minutes
For more information about the Medicine Keepers and “Cherokee Voices for the Land,” you can contact Prof. Clint Carroll at the University of Colorado, Boulder: clint.carroll[at]colorado.edu.

Left: Ed Fields: “They’d talk about … a long time ago [when] there were so many trees that you couldn’t see the sky.” Right: Ed Fields: “[The forest] was like a big Wal-Mart … So, they lived off the land, in other words.” Photos: Ed Fields, 2015 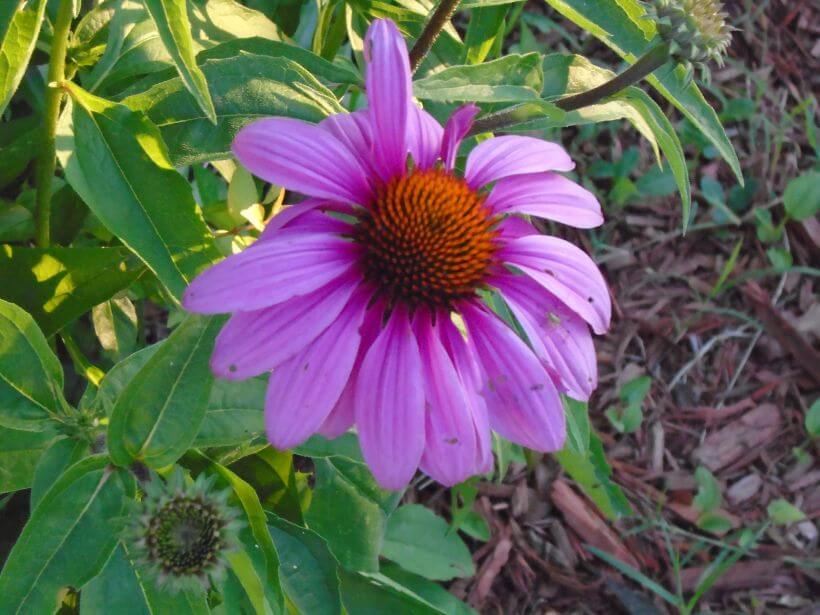 Anna Sixkiller: “Health comes from the land, and how we take care of the people and the land.” Photo: Anna Sixkiller, 2015 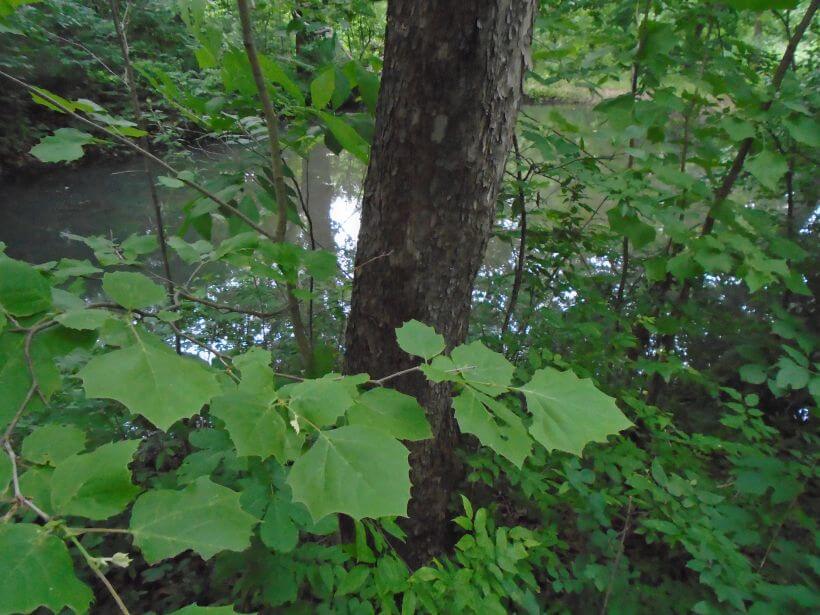 John Ross: “My father used to tell me that in all the plants that we see is medicine…. Every plant was important to Cherokees.” Photo: John Ross, 2015 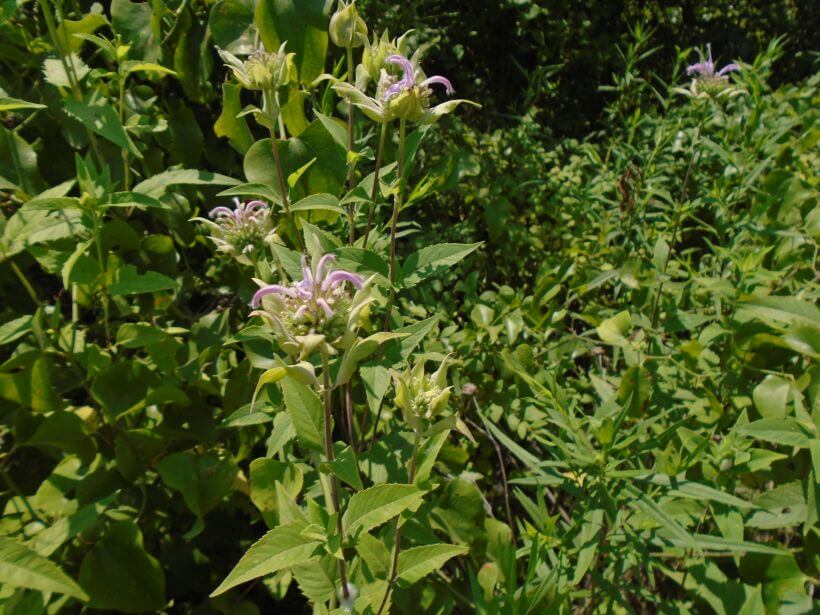 John Ross: “The language goes along with our culture. We’ve got names for all these plants … and if we don’t protect that, we’re going to lose it all.” Photo: Crosslin Smith, 2015 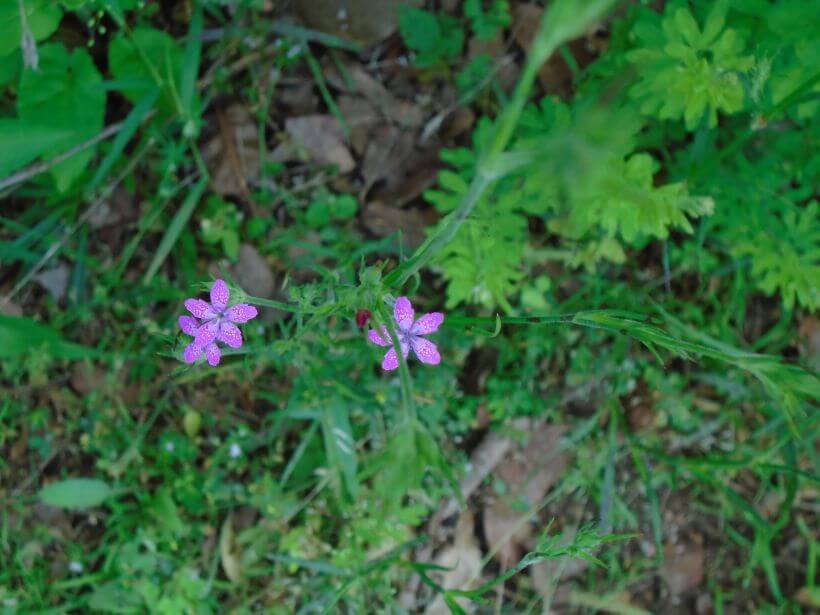 Bonnie Kirk: “Our plant medicine doesn’t just cover the illness up [like Western medicine], it heals you from the inside out.” Photo: Bonnie Kirk, 2015 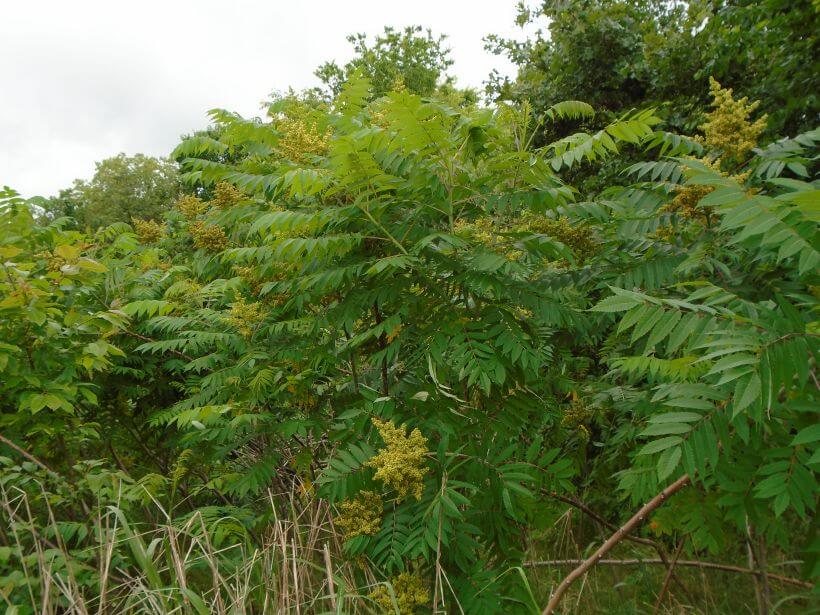 Bonnie Kirk: “[The] medicine you take from the woods — you do not take all of it, just what you need.” Photo: Bonnie Kirk, 2015 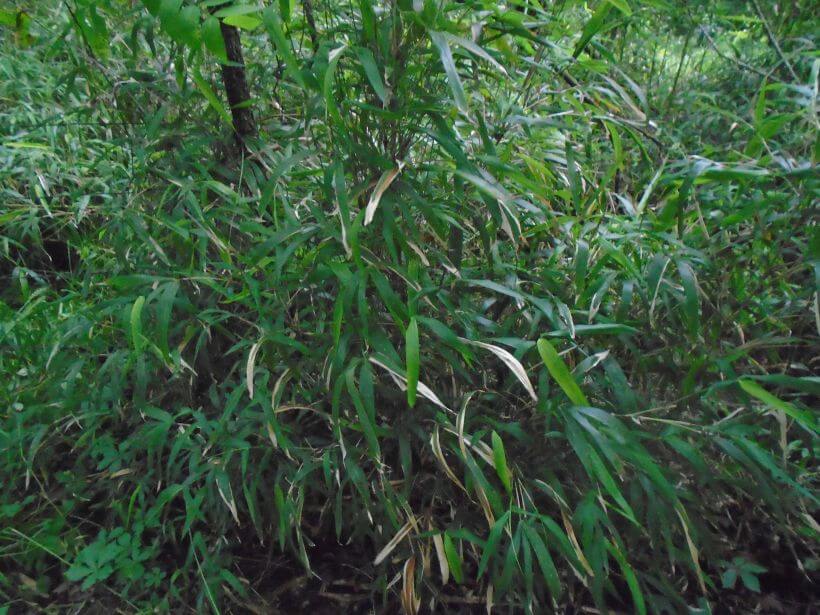 Phyllis Edwards: “When we were growing up there used to be a lot of cane, but now there’s not that much.” Photo: Phyllis Edwards, 2015 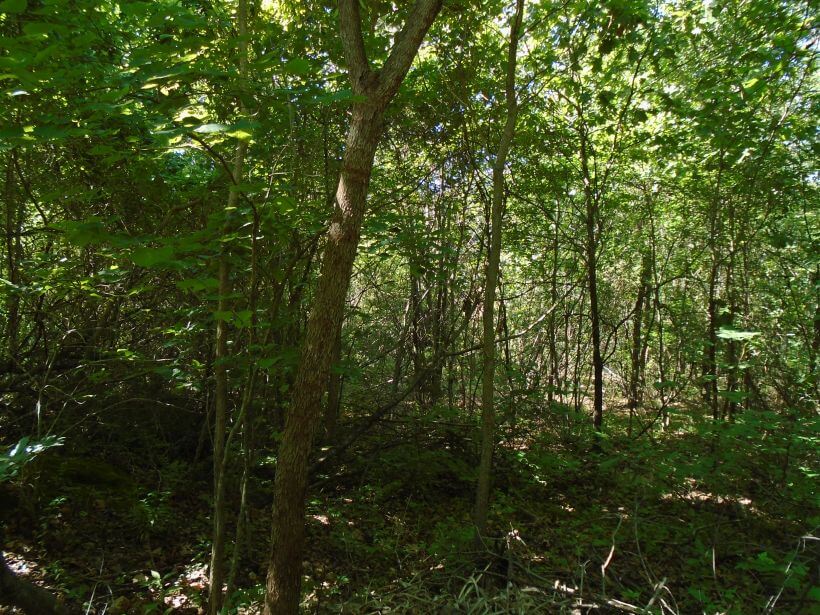 David Scott: “This is what Cherokees like to see — undeveloped land. There’s medicine out there.” Photo: David Scott, 2015 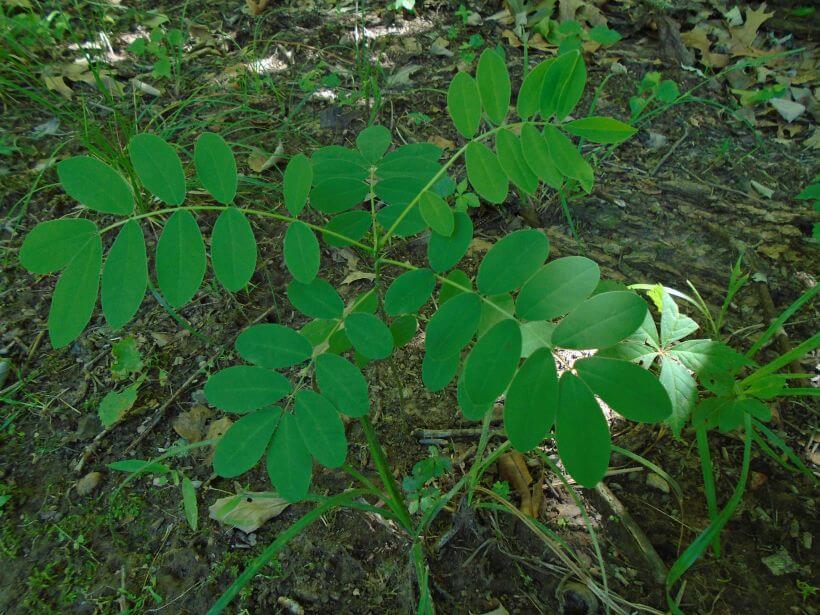 David Scott: “If we could all learn to use what’s out there, we would be a lot healthier than what we are today.” Photo: David Scott, 2015 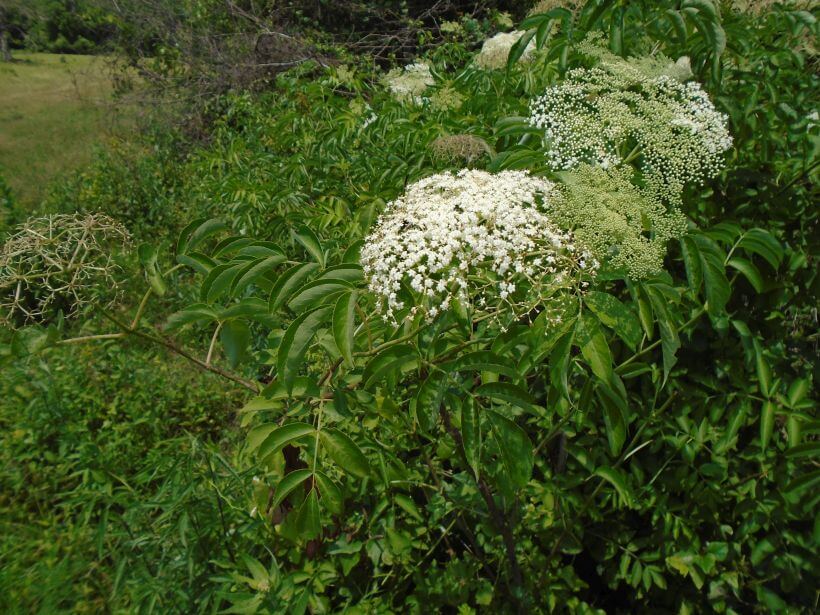 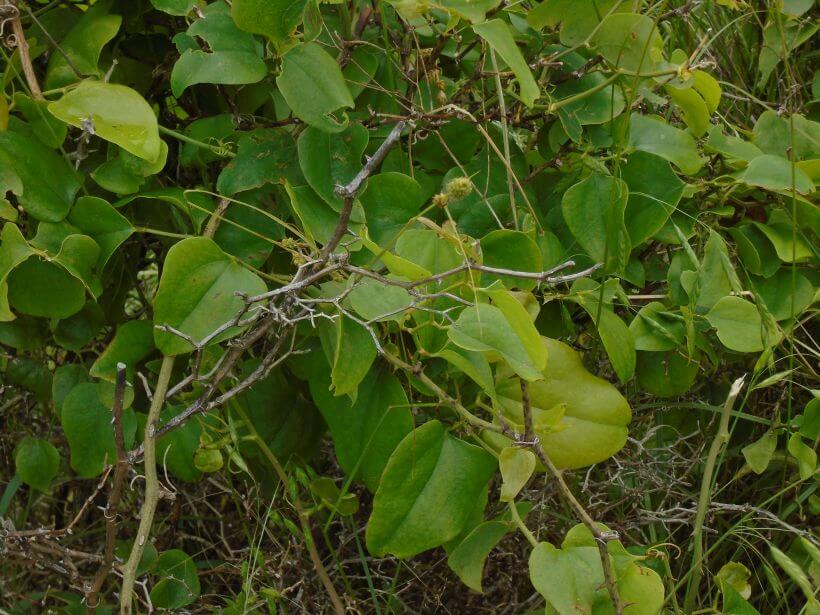 Roger Vann: “To everyone else, that ain’t nothing but a thorn, but man it’s useful to the Cherokee people.” Photo: Roger Vann, 2015 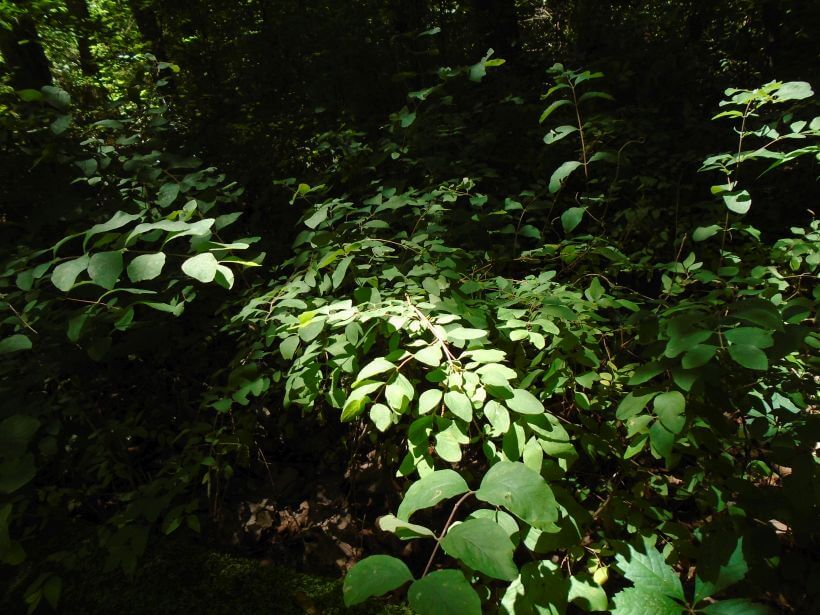 Roger Vann: “See, this stuff needs loving — just as much as me and you need loving.” Photo: Ed Fields, 2015 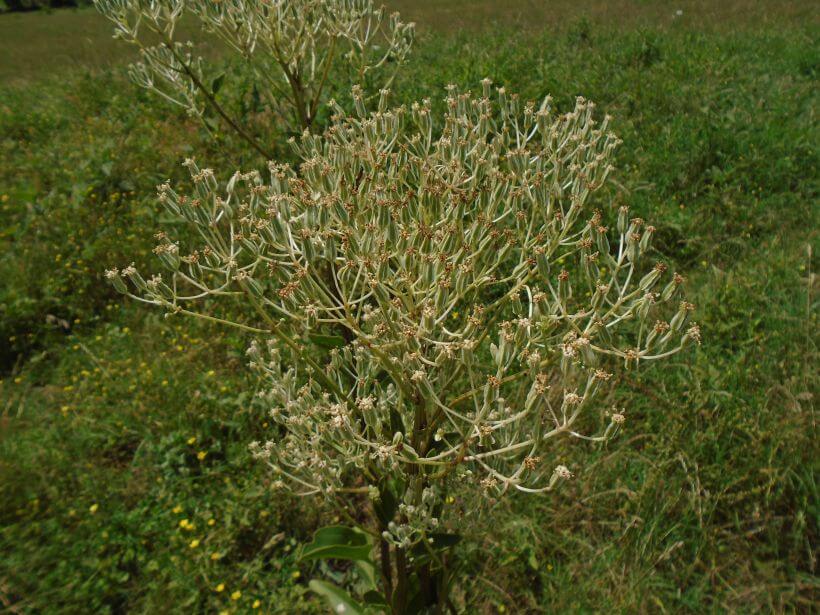 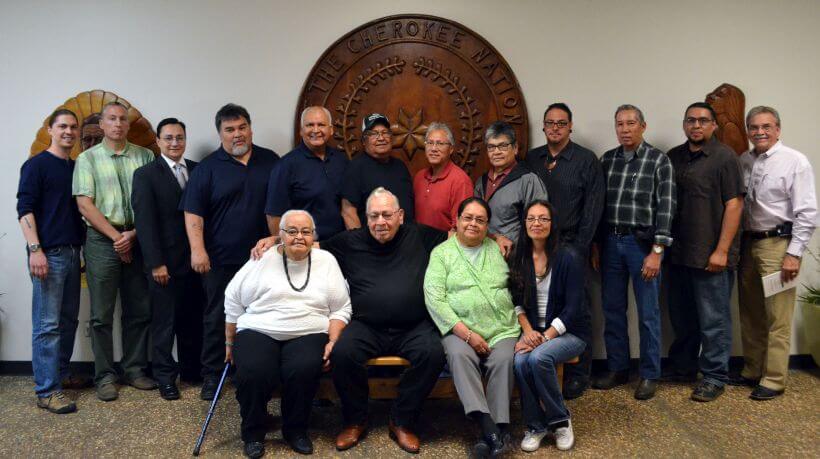 Back to Vol. 5, Issue 2 | Read the Table of Contents | Like Our Stories? Please Donate!

Clint Carroll is an enrolled citizen of the Cherokee Nation and an assistant professor in the Department of Ethnic Studies at the University of Colorado, Boulder. His work with Cherokee communities in Oklahoma focuses on tribal environmental governance, health sovereignty, and the revitalization of traditional ecological knowledge and practices.

The Cherokee Nation Medicine Keepers are a group of Oklahoma Cherokee elders who have incorporated to perpetuate Cherokee ethnobiological knowledge for future generations. As fluent Cherokee speakers conversant with the ties between language, knowledge, and the environment, they seek to strengthen these connections by promoting tribally led land education and conservation.