Cornerstone of Resilience: Reflections on the Diversity of Species and Cultures 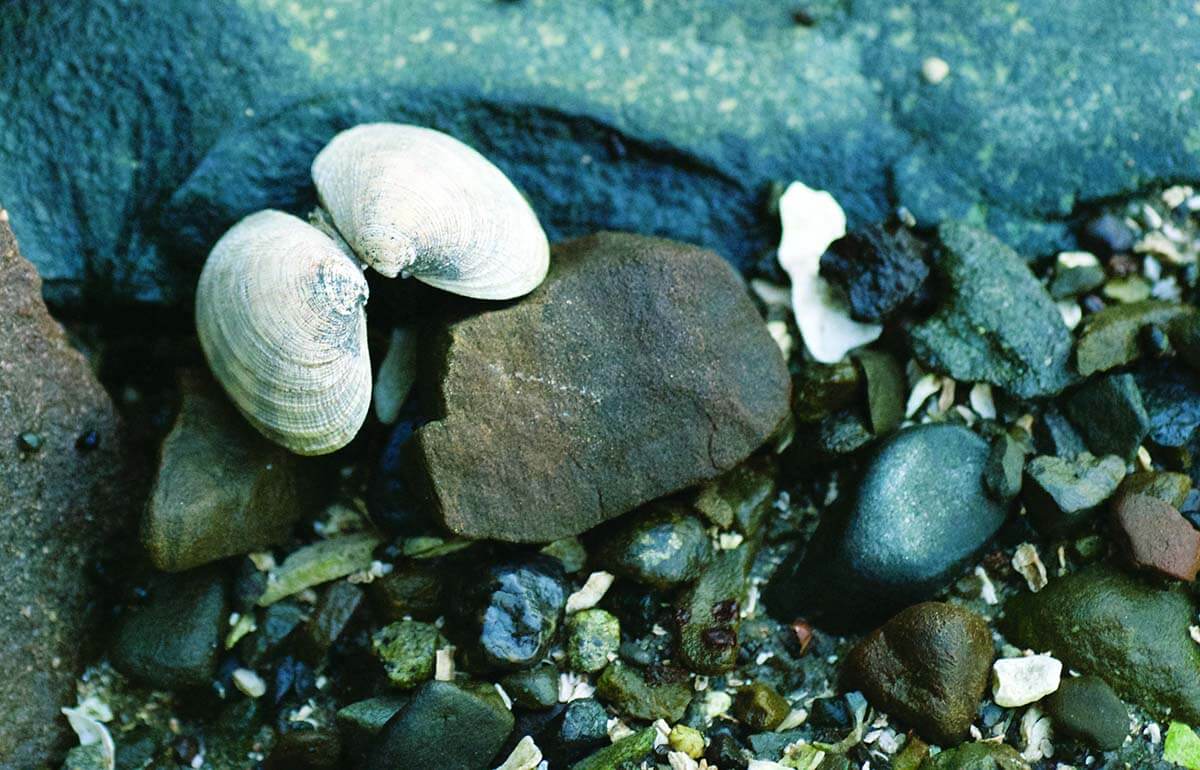 Our planet is populated by an incredibly wide variety of creatures. Coming in different sizes and with different sets of adaptations to their respective environments, they inhabit the so-called planetary envelopes: hydrosphere, cryosphere, lower layers of the atmosphere, and upper layers of the lithosphere, creating a unique envelope, the biosphere, that interweaves with and changes the others.

We are used to hearing about species—if not from our school biology courses or from nature observations, then from the media: there is much well-grounded talk about species extinction, accelerated up to 10,000 times by what we humans do, and resulting in a serious decline of biodiversity.

If you could take a look at our planet Earth from above, wearing special glasses that would allow you to see large, complex communities of life forms, you would see umpteen species, broken down into populations, distributed all over its surface.

If you could take a look at our planet Earth from above, wearing special glasses that would allow you to see large, complex communities of life forms, you would see umpteen species, broken down into populations, distributed all over its surface. Species may interact with one another in many ways, but they usually do not interbreed in nature, and they occupy slightly or very different niches. Interbreeding normally happens within a population of a given species, to preserve and pass on the population’s genes. This is conditioned by shared habitat and relative seclusion from other populations. But in the great scheme of things, this is simply how a species is trying to preserve its gene pool. 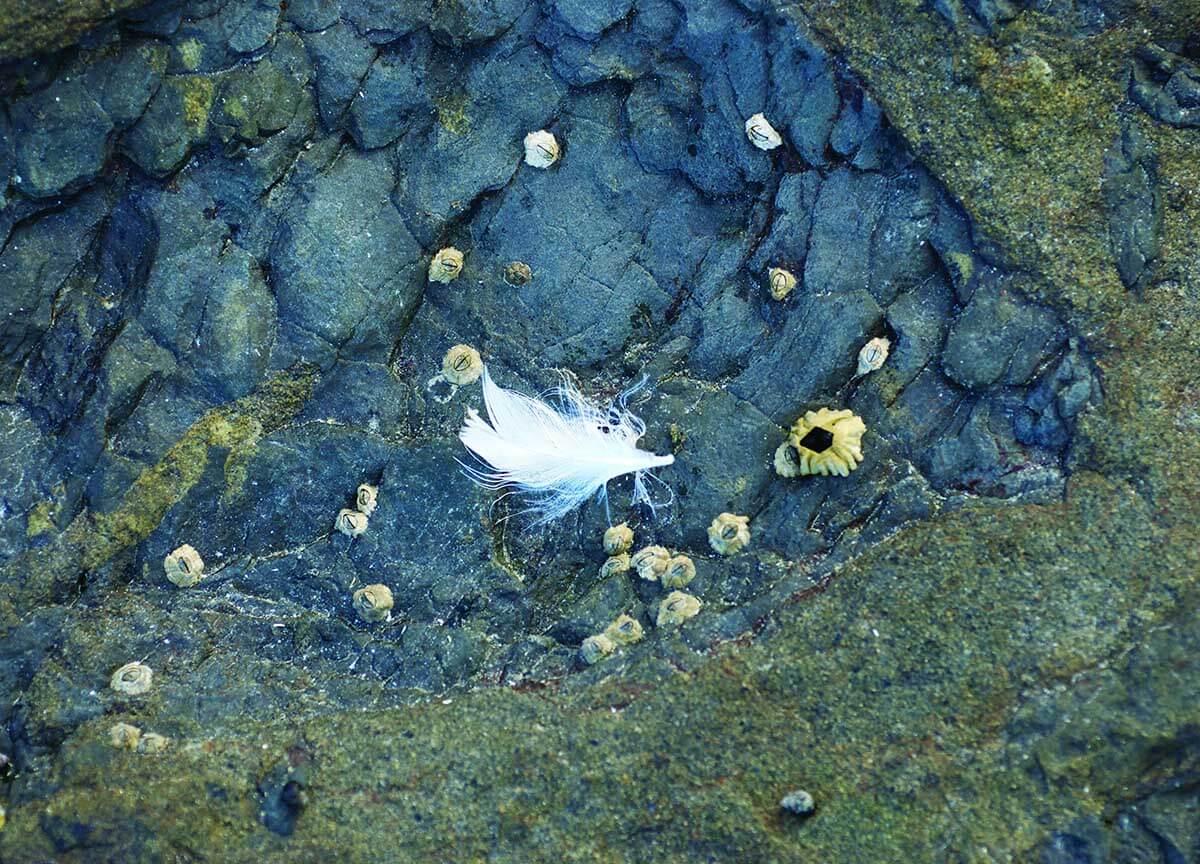 What does any of this have to do with our cultures, you will ask?

We know that humans are just another species on the planet, among many. And, as humans, we do recognize one another as members of the same species. Yet, at the same time, we are often inclined to fight with one another because of cultural or ethnic differences, as if those differences made human groups into different species.

We may well be doing this as a reflection of the biological urge to preserve a population’s genes, but we humans take this urge much farther than any of our planetmates do, ignoring the great value of this diversity. Ethnic differences, in fact, may not even play as significant a role as cultural differences do. Many ethnicities can live in a country, or a certain part of a country, sharing one culture, traditions, and values. As a result of cultural assimilation, there may be a homogeneous culture while ethnic differences persist (although they may also even out over a period of time). It is especially in terms of our cultural differences that we mostly choose to draw boundaries among ourselves: around religions, values, traditions, customs. Being a single species, Homo sapiens, but divided into different cultural “populations,” we often tend to think that the human bearers of a different set of customs and beliefs are alien to us and that there can be little or no common ground for mutual understanding. This is the very root of our issues with racial and cultural intolerance. 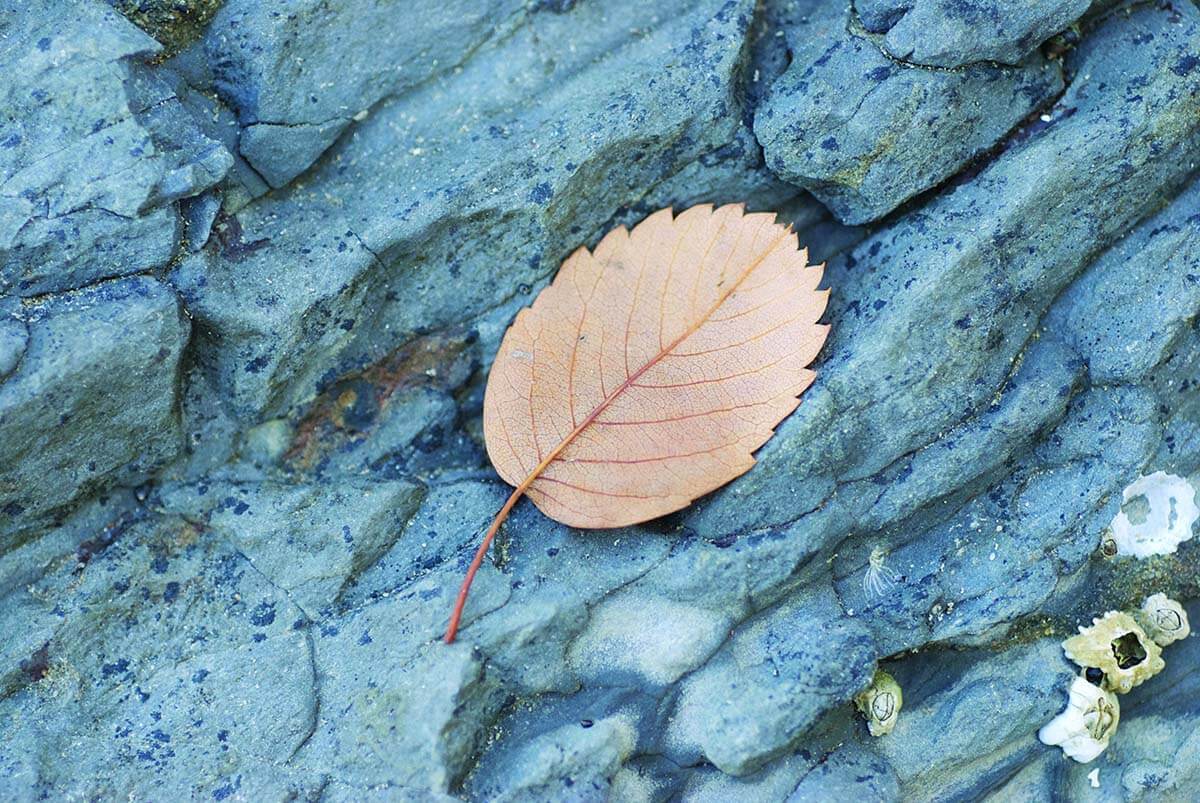 So, with this in mind, why do we need diversity, both in nature and in terms of our human cultures?

The fact is that, in nature, the more biodiverse the ecosystem, the more resilient it is. The more room there is for a variety of responses to various stress factors, which are always there in nature, the higher the chance of a successful response and, hence, of survival. It is crucial to remember that every species occupies a certain ecological niche in an ecosystem, and all the niches are interconnected. Nothing in nature exists in isolation. The various correlations and interactions between niches also serve the stability of an ecosystem. For instance, if stress factors drive out or bring about a substantial decline in one species performing a particular function, this species will be replaced by another species present in that ecosystem, whose functions are the closest to those of the species that could not respond to the stress well enough. By much the same logic, the more populations within a species, the higher the odds of survival for the entire species because at least one of the populations may be able to adapt to whatever the stress on the entire species is. So, you can imagine that the wider the choice of options, the higher the chances of withstanding any kind of pressure or challenge.

In nature, the more biodiverse the ecosystem, the more resilient it is. The more room there is for a variety of responses to various stress factors, the higher the chance of a successful response and, hence, of survival.

Diversity also contributes greatly to the overall health and well-being of the entire ecosystem. For example, monoculture forests or agricultural fields are particularly vulnerable to pests and, once attacked, stand few chances of survival. Monoculture forests have actually been described as “green deserts” rather than forests—and for a good reason. Or next time you go out for a walk, take a look under your feet. If you are a city dweller and are lucky enough to find any semblance of nature in the outskirts of the city, what you will most likely see will be mixed herbaceous meadows. Nature doesn’t know monoculture, unless perhaps in certain extreme conditions where only one species can thrive.

That is why biodiversity matters so much. We, as humans, might not care for the survival of ecosystems, but that happens only when we’re short-sighted and don’t see that we are a part of the entire system, in which our survival depends entirely on the survival of other species.
All these principles also hold for us and our cultures. That means that the more cultures there are, with a diverse set of approaches, worldviews, and strategies arising from them—and therefore the more varied the responses we give to a multitude of stress factors we are faced with—the more resilient we become as a global society. In light of the environmentally depleted future that is already becoming our today, our survival depends greatly on this resilience.

The more cultures there are the more resilient we become as a global society. 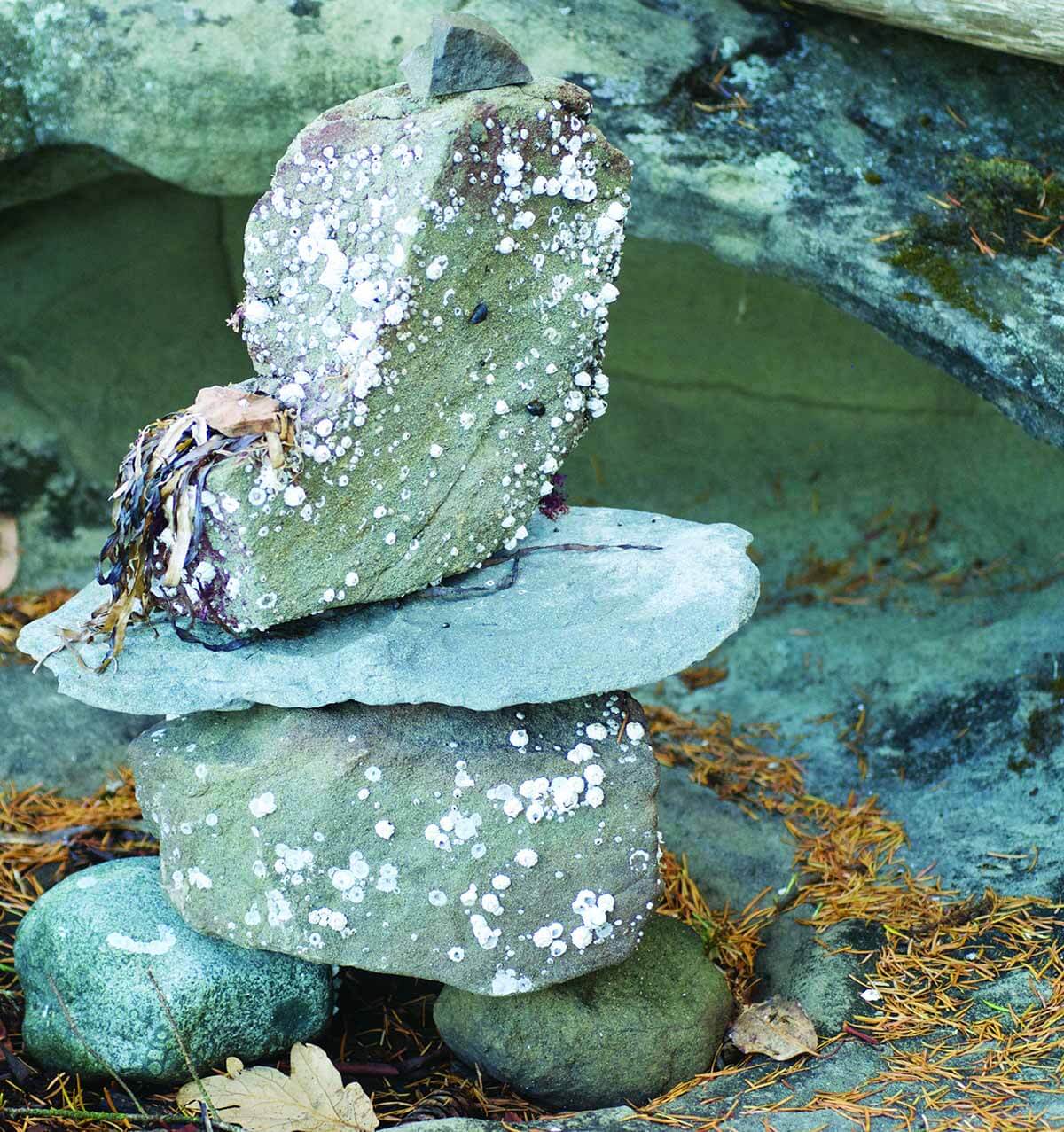 Ongoing globalization has already wiped out many cultures. Globalization per se—a result of our quest for unrestrained economic growth coupled with our ever more advanced means of transportation, which give us a virtually limitless ability to move from one end of the earth to the other—combines with that baffling proclivity of ours for replacing biodiverse meadows with monocultural mowed lawns. We tend to want things more uniform, that is, more easily comprehensible and controllable. That way our brain, which spends a lot of energy processing large volumes of new data, can spare some precious effort and pull notions and concepts out of ready-made boxes it sorts everything into. That cognitive process has its upsides, such as the ability to process more information faster. Yet its downsides are fraught with peril. Granted, uniformity is convenient, but how many survival stories can you remember that happened within the comfort zone, in the convenience of the habitual? Nature’s recipe for survival has been diversity. 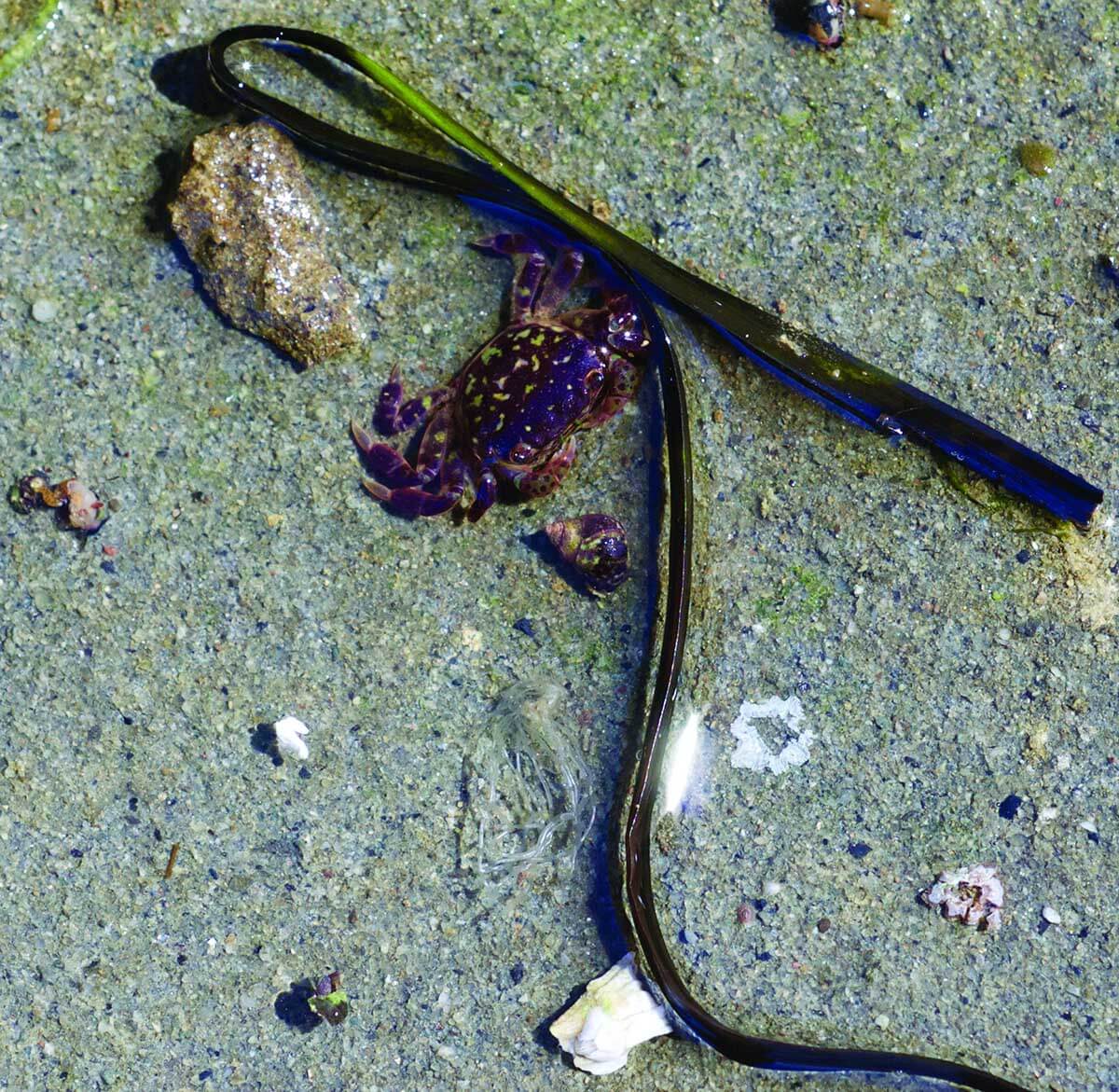 We have to face our current reality. We live in a world where a wonderfully colored patchwork blanket of cultures, with all that they comprise, is being bleached into a white sheet, leaving behind blurry borders between what used to be fascinatingly patterned patches and a feeling of loss that cannot be undone. There is a multitude of things we can ask ourselves: How deeply does each of us look into our own culture and respect others? How does our passion for globetrotting—which each of us can relate to for the sheer beauty of this planet that everyone, understandably, wants to capture with their own eyes—eventually work as that bleaching agent? How do we eradicate cultural intolerance from our minds, and instead explain to ourselves that the survival and success of our own “population”—our culture—depends on others being there, being different, and surviving and succeeding as well? And how do we celebrate these differences as the cornerstone of our common resilience?

How do we eradicate cultural intolerance from our minds, and instead explain to ourselves that the survival and success of our own ‘population’—our culture—depends on others being there, being different, and surviving and succeeding as well.

These questions are valid for all times, not just for times of crisis such as the one we are heading into now. They would matter as much in ideal times of plentiful resources, a healthy environment, and zero concerns about our immediate future. But we can’t go back to such long-gone times, and the stakes are now higher than ever. So, we have to constantly remind ourselves that diversity—both in the species around us and within ourselves as yet another species—is one of the critical factors that will enable us to ensure our future on this intrinsically diverse planet. 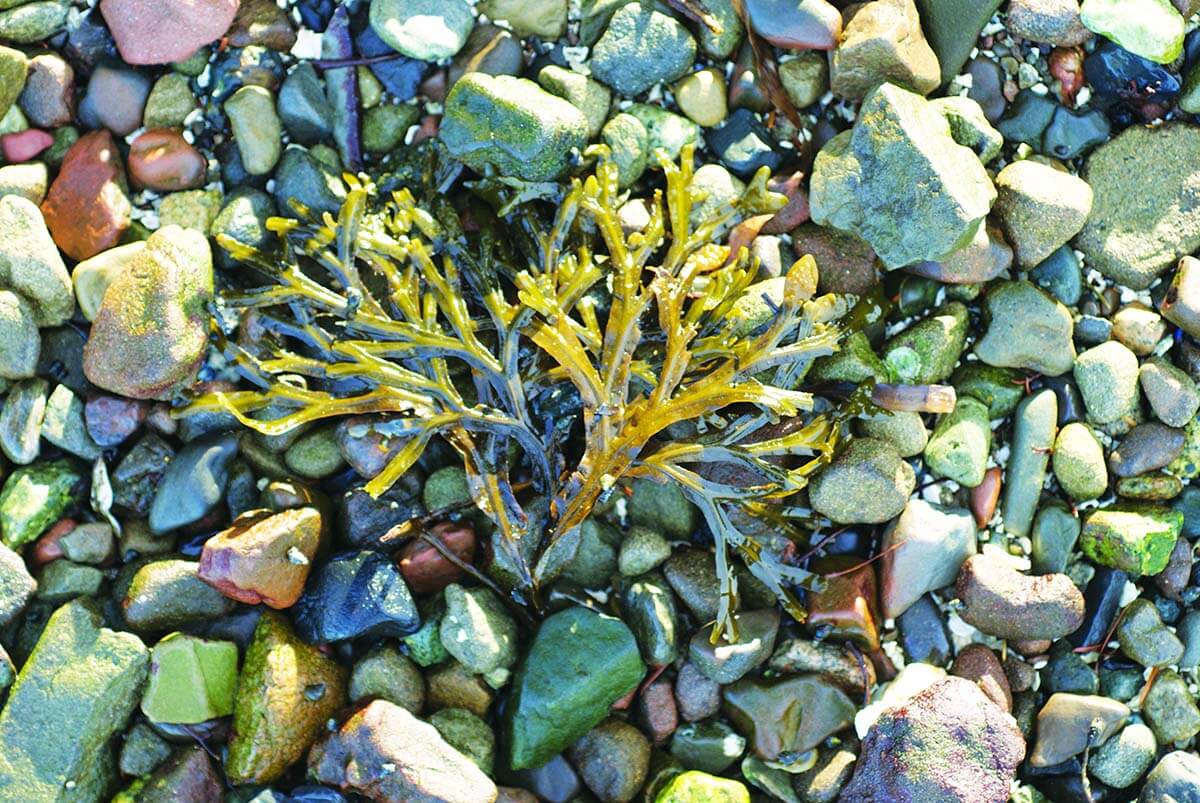 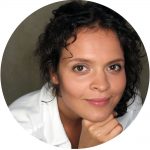 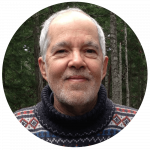 David Rapport earned a PhD in economics and then spent many years shedding economic dogma and learning what makes life on earth tick. When he is not writing about ecosystem health, he can often be found wandering in the woods and along beaches, marveling at the diversity of life’s patterns.