De Prima: Stories of the Old Days in Umbria, the Green Heart of Italy 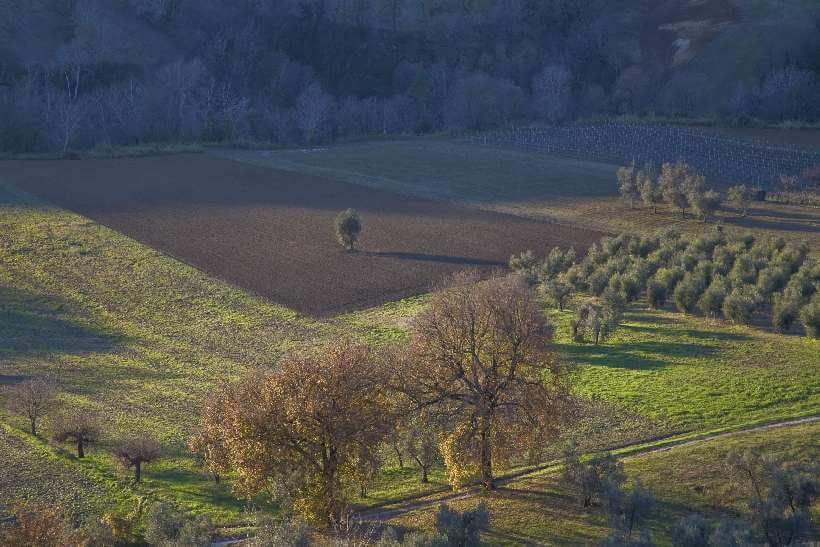 .
Olives, grapes, barley, alfalfa, and a few fruit trees are the main crops grown in the valley of San Giacomo, a tiny rural hamlet of perhaps fifty souls in Umbria, the green heart of Italy. Its dwellers consider the valley “golden” for its fertility. South-facing exposure, sandy loams, and relative humidity of both air and soil all play a favorable role for agriculture.

What humans planted goes to join oak and elm, blackberry and wild asparagus, chicory and borage, hawthorn and broom. As the seasons unfold, the valley’s gentle slopes are an ever-changing kaleidoscope of colors and sights. At times, it’s the brown furrows of newly ploughed earth. At others, it’s the yellow-orange splashes of autumn leaves. At other times yet, it’s the green waves of tall spikes bending in the wind. Beside fertile, the valley is utterly enchanting.. 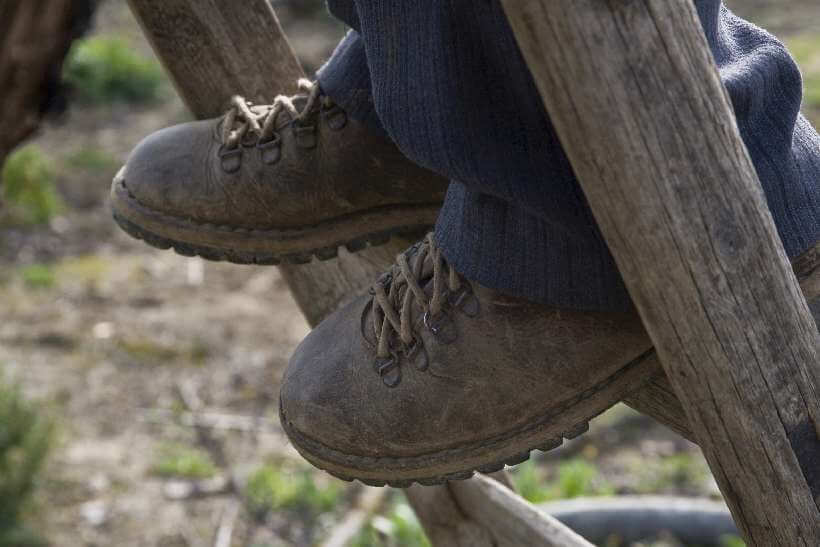 Small and wispy, Marcello stands at the edge of his vegetable garden overlooking the valley. He glances down, pointing to a piece of land bathed in sunset light. “Look! See how beautiful that field of orzola (barley) is! It really is a beautiful field!”

He didn’t go to school  —  “I didn’t even finish Grade 1, I can’t read or write, but I can far di conto (count)!”  —  yet he sure can recognize and appreciate the beauty of the land, of his land. He contemplates it with love and respect, and now that he’s 83 and in failing health, he’s a bit upset that he’s no longer able to tend it all. It’s a lot of land  —  the land that Marcello and his wife Emma own, eight whole hectares acquired bit by bit, literally with the sweat of their brows. From being mezzadri (sharecroppers), with patience and hope they became owners of those same fields they had once worked for the padrone (landowner). 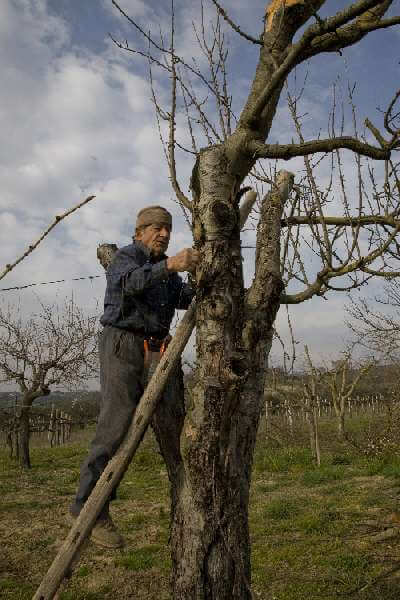 “De prima (in the old days), we planted wheat, too. In June it was harvest time, and what a feast harvest was! We were all out working in the middle of the spikes, but if opportunity struck…” Marcello smiles, with a glint of gentle mischief in his eyes, “…maybe you would throw yourself down somewhere in the fields with one of the girls! We harvested by hand with a serrecchio (scythe), and had to sharpen it often: we would stick this sort of anvil in the ground and hit the blade with the hammer to sharpen the edge.” He looks at his left hand, the finger that is missing a phalanx, and smiles again: “It’s with that blade that I cut my finger, I was a bardascio (kid) of thirteen… Some of the men, when they used the scythe, would protect their hands with reeds. They would choose a reed of the right size, cut it into pieces, and slide their fingers into the little tubes. Sometimes they would tie the little tubes together with a piece of rope, so it became a sort of glove.”

Not to be outdone, Emma likes to tell stories, too, having found ears that are eager to listen… “At seventeen, I was first-time pregnant. I was in my ninth month with a huge belly, but de prima you would work in the fields all the same. So you know what I would do? Since I couldn’t bend over, I would go to work in the steepest fields, so standing up lower down I could do what I needed to do,” she says with a clever smile. “I always did everything up to the last minute, and more than once I went into labor right there were I was!” She is tireless, Emma who after all learned to toil early on. “As a child, perhaps by the age of six, I was already doing everything. With my aunts and grandma there were five of us women, and we would take turns: one day house work, one day in the fields, one day tending the sheep…”.

As for her, she did manage to finish Grade 1 and learn to read and write, with merely a touch of hesitation. In revisiting her memories, age-old peasant beliefs come back to her mind. “You know the broom? De prima, if you had warts on your hands, they said that to make them go away you had to tie knots in the broom, in the branches, one for each wart… What can I tell you, they would disappear…”

Of what the land has to offer, Emma and Marcello know how to use everything  —  as one does with the porchetto, the pig, of which nothing is discarded, from head to zampetti (feet).. 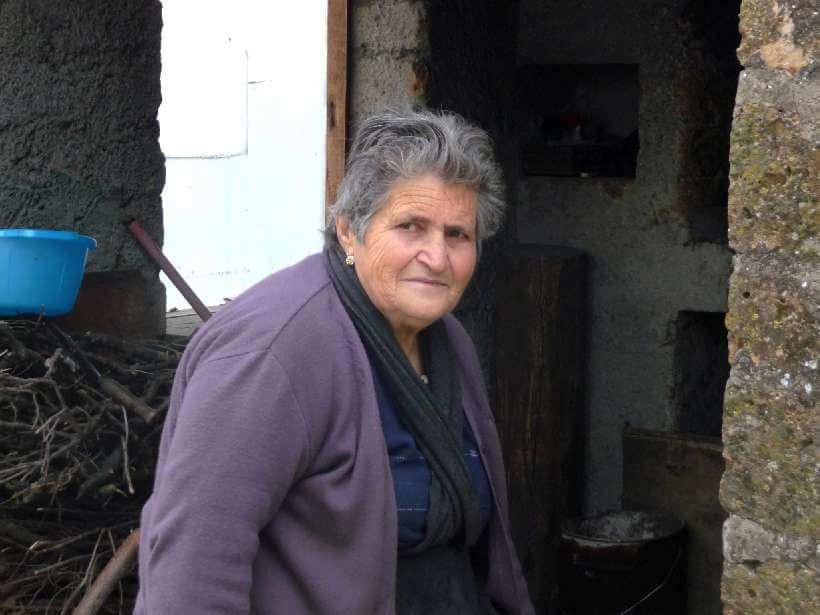 At winter’s end, Emma cuts and gathers the reeds that grow wild in the valley. In so doing, not only does she clear the land; she also readies her supply of props for the tomatoes that will ripen in summer. Branches cut when tree-pruning become bundles to light the fire in the large oven where she and her daughters bake bread and focaccia, the schiacciata, as they call it here.

Of what the land has to offer, Emma and Marcello know how to use everything.

“You know, to tie the grapevines, the branches of salce (willow) work really well. See what great knots come out?” With expert hands, Marcello ties, tightens, turns, and then cuts off the extra bit. While pruning and tending the vineyard, he keeps the willow branches slung over his shoulder, bound together with a piece of string, and selects them rapidly. At his waist, secured to his belt with wire, he carries a scissor-holder fashioned out of a dish soap bottle  —  a spontaneous and genial act of recycling…Together, Marcello and Emma want to explain how, in the days before tractors, one managed to take the harvest or firewood up the land’s steep slopes. “De prima there was a thing called traia, with some pieces of wood placed this way and others placed that way. It had no wheels  —  it slid on the ground and wouldn’t topple.” Emma, though, is not satisfied with the explanation. She cuts off a piece of cardboard from a pie box and on it, with great precision, draws a sketch of the traia. Initially skeptical, Marcello now looks intently and approvingly at his wife’s finished drawing. Then he looks at me and affirms: “I was doubtful, but she did it real well  —  the traia, that’s exactly how it is!”
.

Emma is tireless… After all she learned to toil early on.

The memory unfolds, expanding slowly. “In the fields there was a kind of grass that healed wounds. For small wounds, you would wrap it around the wound like a bandage.” I ask whether anything has changed, over time, in the variety of plants in the valley. “Ah, yes, take the poppies, for example: de prima, in June there were many more! And then, there was another grass, we called it the love plant: that one, too, is not there anymore. That grass, if you chewed it and put it on your skin, it would give you blisters — if they came out big it meant that your girlfriend loved you,” recounts Marcello. Emma nods: “It’s all those chemicals that have killed certain plants, I think!”

.
They do not know the word “biodiversity,” nor could they explain what “sustainable agriculture” is. For them, who have known how to live, and have lived, a life in balance and harmony with nature, these difficult words become, much more simply, everyday facts and practices.
. 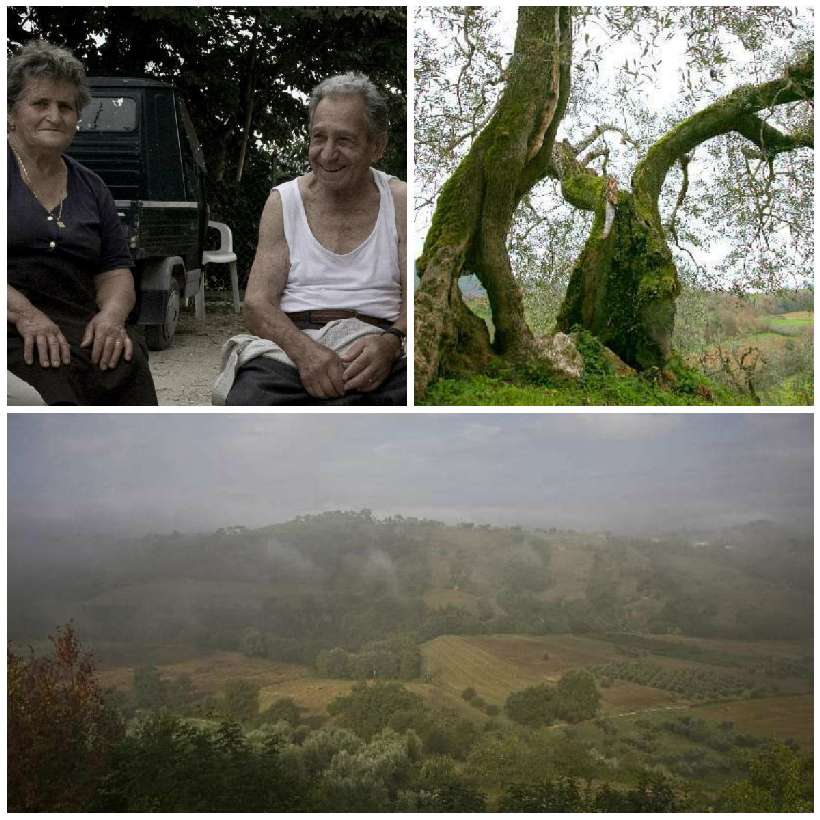 Back to Vol. 5, Issue 1 | Read the Table of Contents | Like Our Stories? Please Donate!

Acknowledgments. I would like to thank Emma and Marcello Orsini and the other people of San Giacomo, a hamlet of Calvi dell’ Umbria, for the memories and stories they chose to share with me — a rare and precious human experience.

Anna Maffi teaches photography and graphic design in Rome, Italy. She has done freelance photography and participated in collective photo exhibits. She is drawn to nature and to the “signs” of human presence, of which she seeks to portray the more poetic or intriguing aspects. Anna has a special interest in peasant culture.

(Translated from Italian by Luisa Maffi)