The Ewaso Ng’iro Camel Caravan is a five-day annual journey for climate change adaptation and peaceful co-existence along the Ewaso Ng’iro River in Kenya. The purpose is to promote shared understanding of threats facing the river, along with the cooperation needed to lessen them. Camels are used because they are resilient animals and symbolize the communities’ resilience and willingness to adapt to climate change. The caravan is organized by Indigenous communities (Maasai, Samburu, Somali, Borana, Gabra, and Rendille). Since the caravan’s beginnings in 2013, more and more youths are stepping into leadership roles. The Camel Caravans have produced several good results, including the halting of a planned mega-dam on the river.

Camels are used because they are resilient animals and symbolize the communities’ resilience and willingness to adapt to climate change. 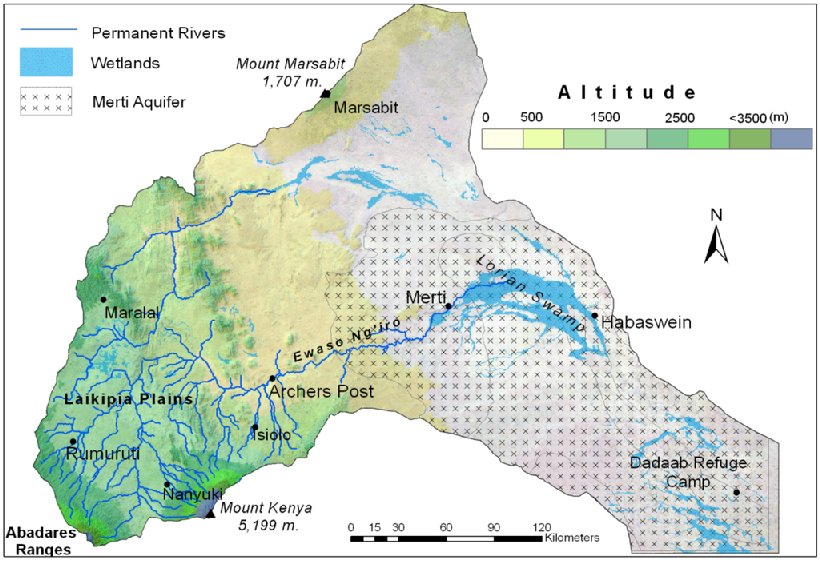 In my video of the Camel Caravan, you’ll see Indigenous youth rapping about issues facing their communities. The first group you’ll see are from the Indigenous community called Somali in Kenya and are rapping in the Swahili language. They are asking us to listen to their message: they are worried about being able to get a good education and find employment, and are asking Kenya’s politicians, and all people of good will, to help them in their struggles.

The second group of youths are from the Indigenous communities of the Lakipiak Maasai and Samburu. They composed a song in the Maasai language while on the 2018 Camel Caravan. It’s addressed both to the Ewaso Ng’iro River and to elders.

Laissa Malih is a Laikipian Maasai and the first female filmmaker in her community interested in documenting, linking, amplifying, and scaling up the voices of youth across diverse Indigenous cultures in Kenya and beyond. She studied film production in school. What motivates her? “I realized,” she says, “that what was lacking in my community was a voice. A voice that is originally theirs. This touched me since I hate seeing my own people taken advantage of. My community is marginalized and often don’t know what is happening around them. I decided I will use my photography and film-making skills to bring out the real voice of what actually happens, not only in my Indigenous community but all other Indigenous communities in Kenya.” Read more from Laissa Malih.