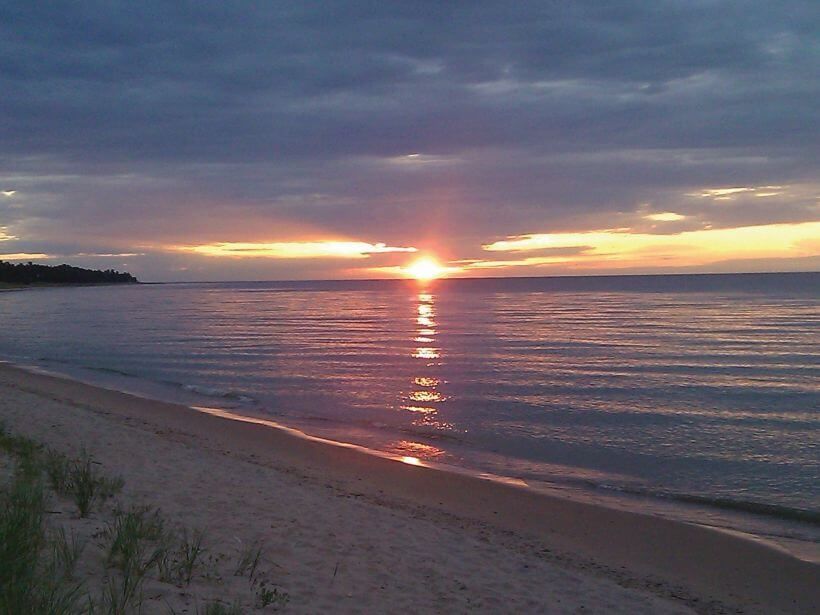 It has been proposed that we are living in a new geological epoch, the Anthropocene, in recognition that today the number one actor on the physical condition of the planet is not volcanoes or oceans or earthquakes, but us—people. We are only beginning to come to terms with our power, but one of the first lessons that we need to learn, and quickly, is that “just because we can, doesn’t mean we should.” This advice gained notoriety when Germany’s Chancellor Angela Merkel chastised the United States for tapping her cell phone. Just because you have the technical ability to tap the phone of a leading ally does not render that action a wise move on your part.

We can destroy just about anything, but we are unable to recreate what we have destroyed.

Our technological prowess in manipulating rivers and tapping aquifers gives us the ability to capture vast quantities of water in reservoirs and move it long distances through huge canals and pipelines. We can literally take rivers apart, transforming the Mississippi from a river into what the US Army Corps of Engineers calls a “floodway.” But though we can disassemble water ecosystems, we are not even close to being able to put them back together again. We can destroy just about anything, but we are unable to recreate what we have destroyed. This is why the term “river restoration” is misleading. The most we can hope for in fixing our degraded rivers, at least in the short term, is “river repair,” the biological equivalent of baling wire and duct tape.

“Precautionary principle” is the term that encapsulates how we ought to approach any project of re-engineering the natural order. This principle is more profound than “look before you leap,” which implies that you will leap regardless, and are only checking to see whether you need to leap a bit differently in order to land safely. Precaution implies that you might decide to forgo building any kind of dam at all in a certain situation; whereas looking before leaping implies merely checking on the geology around the dam site and the river’s flow pattern prior to construction.

Applying the precautionary principle to proposals for modifying water ecosystems—rivers, lakes, wetlands, estuaries, springs, and aquifers—is the key to the sustainable management of water resources. But precaution does not just happen because you want it to. Indeed, there are often very powerful economic and political forces lobbying against precaution! What strategies can we take to tread slowly, lightly, and humbly in our schemes to manipulate rivers or weaken water quality standards in favor of higher profits? This is where an appreciation of cultural and biological diversity becomes so critical.

“You can’t manage what you don’t measure” is a common maxim in natural resources management. By monitoring water quality indicators over time, you can readily identify changes that might be due to illegal dumping or a broken oil pipeline. But even more important than measuring is knowing what to measure: What’s important and why? Indigenous and traditional communities living along rivers are a part of the riparian environment, just as the biodiversity of that environment—the fish, plants, and animals—is integrated into the cultural lifeways and worldviews of the local people. 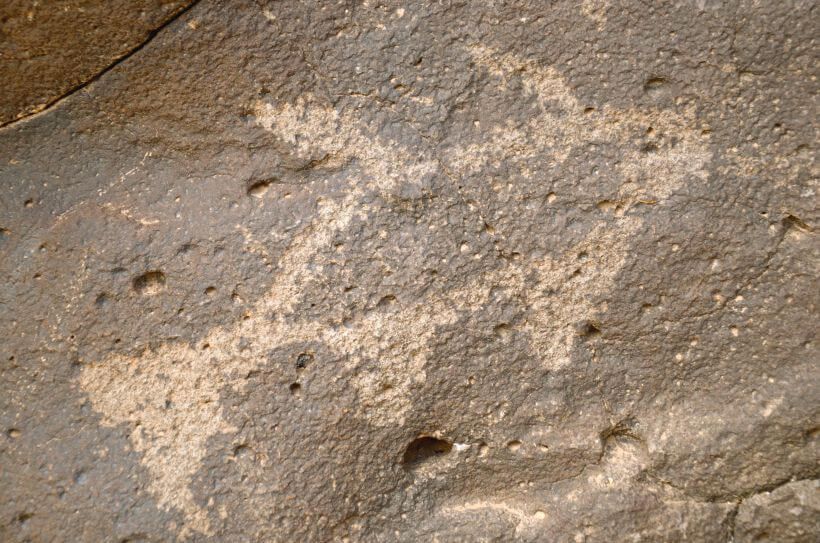 We don’t have direct culture-meters to measure the health of cultural traditions, but there are many indirect ways to assess the cultural vibrancy of traditional communities. The status of local food and subsistence traditions is one important window onto cultural vibrancy; language is another; so too are religious practices, traditional leadership roles, architectural elements, and so on. When cultural integrity is viewed as a valuable resource both from within the culture and from the outside, prospective changes to the riparian environment that would negatively impact the traditional culture would be disfavored. But if cultural diversity is not valued very highly, the prospect of development impacts that would forever change traditional cultures might be viewed with little concern.

An example is the construction of the Cochiti Dam and reservoir on the Rio Grande of New Mexico in the 1960s. The Indigenous Pueblo community of Cochiti succumbed to government pressure and granted consent for the construction of what was then the world’s largest earth-filled dam. Justified as providing flood protection for the downstream city of Albuquerque, the reservoir flooded Cochiti’s sacred ancestral village and destroyed their riverine subsistence base, not to mention the travesty of desecrating the river itself. 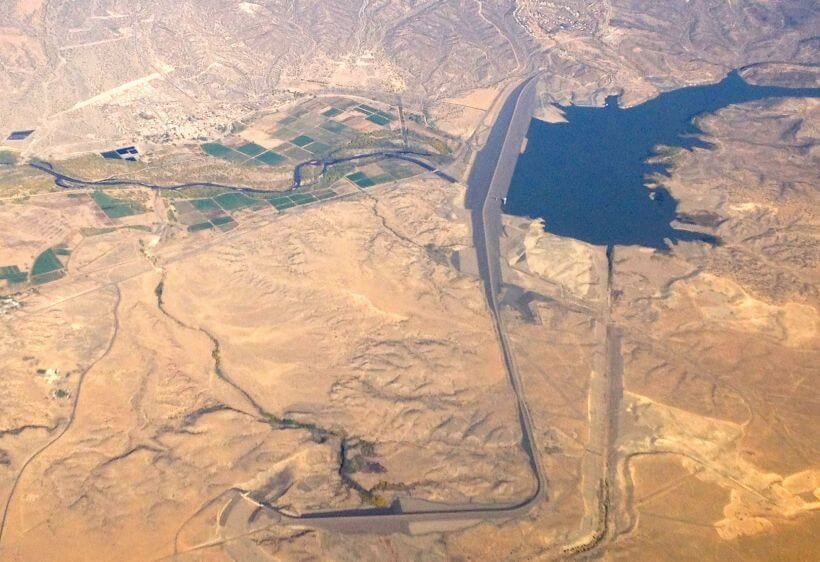 Cochiti Dam and Reservoir from the air. Cochiti Pueblo and fields are visible on the upper left. Photo: David Groenfeldt, 2009

Why did the community of Cochiti comply with the US government’s request to build a dam on their ancestral lands? Why were they willing to put the very existence of their culture at risk? In the 1960s, cultural diversity was considered a liability, an obstacle to progress and modernity. The same worldview that negated the value of Indigenous cultures also viewed free-flowing rivers as threats to be tamed through dams, levees, and “rectified” (straightened) channels. It is no coincidence that the twentieth-century feats of engineering that tamed the rivers of North America also decimated the cultural lifeways of tribes and First Nations in the process. 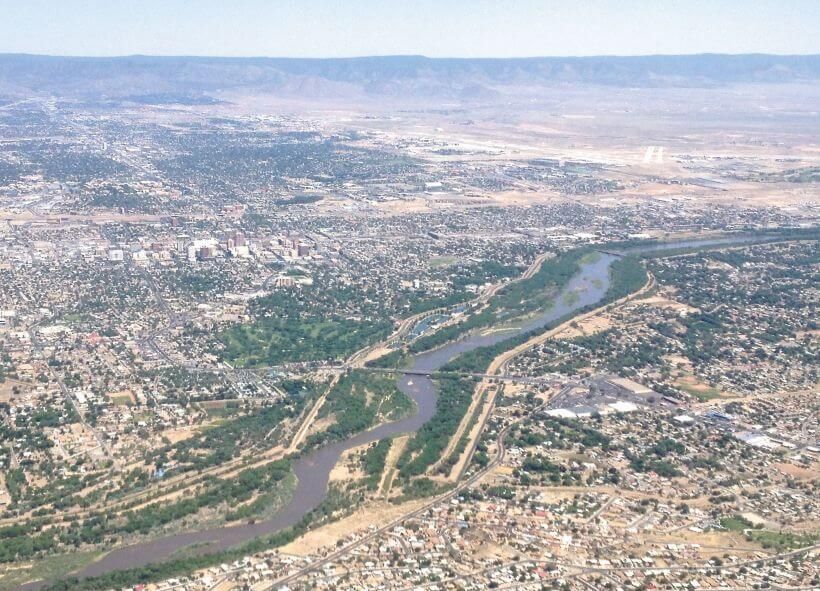 Rio Grande “Floodway” and the city of Albuquerque from the air. Photo: David Groenfeldt, 2011

The cultural context today is quite different. Culture is acknowledged not only as a valuable resource but a universal right, recognized in the 2007 UN Declaration on the Rights of Indigenous Peoples. At the same time, riparian ecosystems are starting to be valued for their multifaceted “ecosystem services” including, paradoxically, the ability of healthy riparian vegetation and floodplains to buffer floods, the very rationale for constructing Cochiti Dam sixty years ago.

One of the first lessons that we need to learn, and quickly, is that “just because we can, doesn’t mean we should.”

But the relationship between biological diversity, cultural diversity, and economic development remains an uneasy one. The listing of the Rio Grande silvery minnow as an endangered species fifteen years ago was not viewed as a wake-up call to safeguard the river’s health, but as an inconvenient legal obstacle to diverting yet more water from the beleaguered river for irrigated agriculture. Uranium mining, which will most certainly contaminate the water sources of Indigenous communities of New Mexico, is promoted by state and federal agencies as necessary for economic development.

Applying the precautionary principle to proposals for modifying water ecosystems . . . is the key to sustainable management of water resources.

The fate of cultural diversity is intertwined with biodiversity. We need an appreciation of both to muddle through the Anthropocene with our planet intact. Indigenous and traditional cultures that have co-evolved with local ecosystems offer deep wisdom which transcends fleeting definitions of economic progress. The “ecosystem services” of rivers and forests, which are the latest fashion of sustainability conferences, have been revered for many centuries by local Indigenous communities. We need to honor the earth and honor the cultures that honor the earth. If we can do that, we can transform the Anthropocene from a culture of conquest of Nature to a culture of coexistence with Nature.

David Groenfeldt is Director of the Water-Culture Institute, in Santa Fe, New Mexico. His work focuses on the values and ethics embedded in water policies and practices. He is coordinating a global initiative to develop a “water ethics charter” (waterethics.org) and is also applying the concept to local watersheds planning.