A young Sikka Indigenous woman models garments made from natural materials, proud to look modern while helping to preserve her heritage. 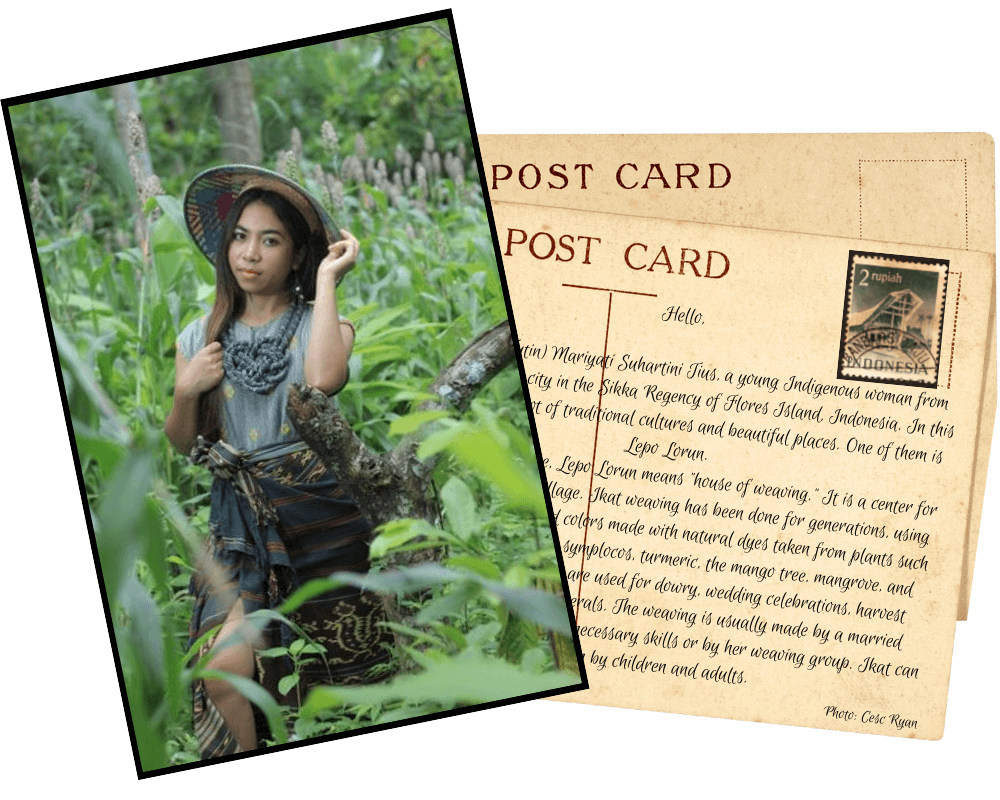 I am Maria (Tytin) Mariyati Suhartini Tius, a young Indigenous woman from Maumere, a small city in the Sikka Regency of Flores Island, Indonesia. In this region, we have a lot of traditional cultures and beautiful places. One of them is Lepo Lorun.

In the Sikka language, Lepo Lorun means “house of weaving.” It is a center for ikat weaving in Nita village. Ikat weaving has been done for generations, using genuine cotton fibers and colors made with natural dyes taken from plants such as true indigo, morinda, symplocos, turmeric, the mango tree, mangrove, and redwood. Ikat weavings are used for dowry, wedding celebrations, harvest celebrations, and also funerals. The weaving is usually made by a married woman who has acquired the necessary skills or by her weaving group. Ikat can be worn by children and adults.

Lepo Lorun was founded by Alfonsa Horeng, a woman who cares about traditional culture. She founded it not just as a trade hub for the craft, but above all to conserve the ancestral cultural heritage. As a younger person, I really love ikat and am proud to use it. I try to make modifications so it looks different and modern because nowadays the younger generation only focuses on technology and modern things and doesn’t care about traditional culture. But I say: you can look modern by using traditional clothes, so let’s together preserve our culture, especially the ikat weaving from Maumere!

With warm wishes from Maumere, 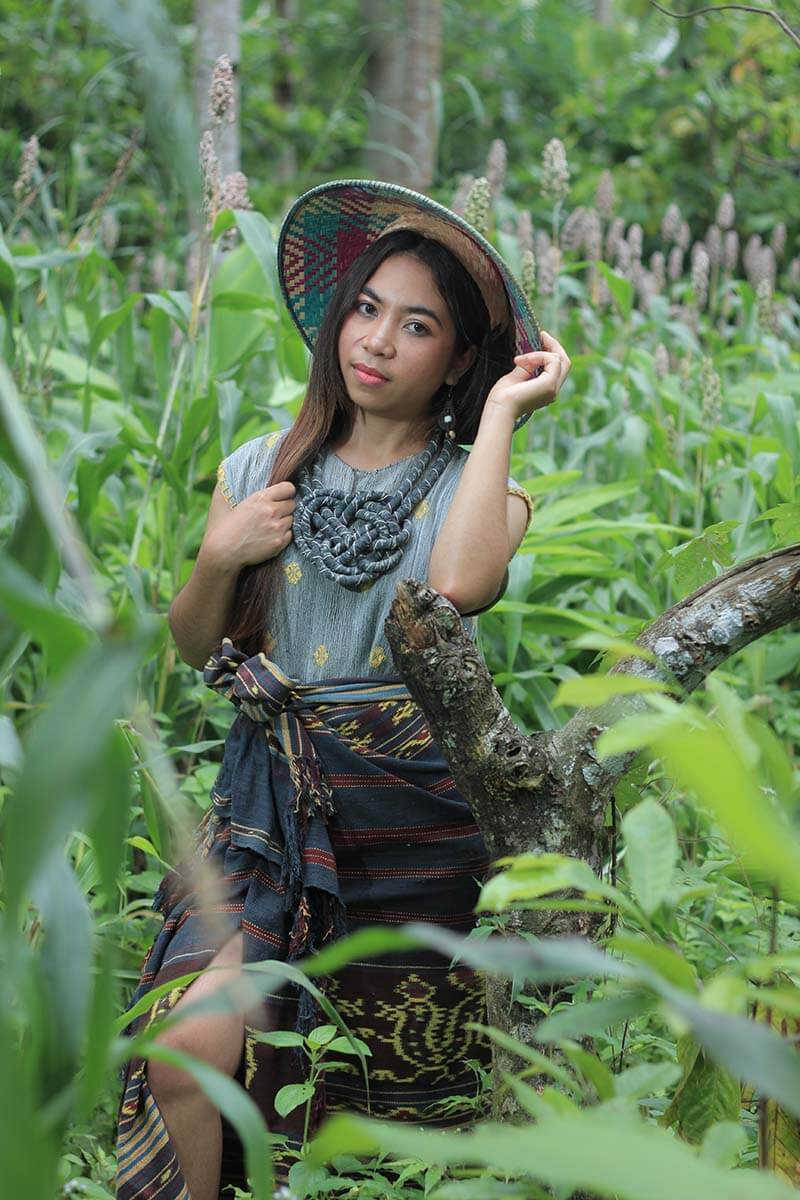 Tytin wearing ikat garments, made entirely from natural materials, for a photo shoot in a sorghum garden outside the Lepo Lorun weaving center. The theme of the photo shoot was farming. Photo: Cesc Ryan 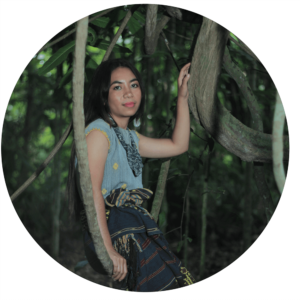 Maria Mariyati Suhartini Tius is a young Indigenous woman from the Nita (Sikka) people of Sikka Regency, East Nusa Tenggara, Indonesia. She lives in Maumere, the regency’s capital. She dreams of someday going around the world wearing ikat garments.