Is the Environment for Taking From or for Giving To? A Young Indigenous Economist Finds Answers in His Own Culture

I am Prafulla Kalokar, 29 years old and a member of the Indigenous Nanda-Gaoli people, a semi-nomadic pastoralist community native to the Indian state of Maharashtra. I am a doctoral student in modern economics, perhaps one of the few from my community to have come this far. 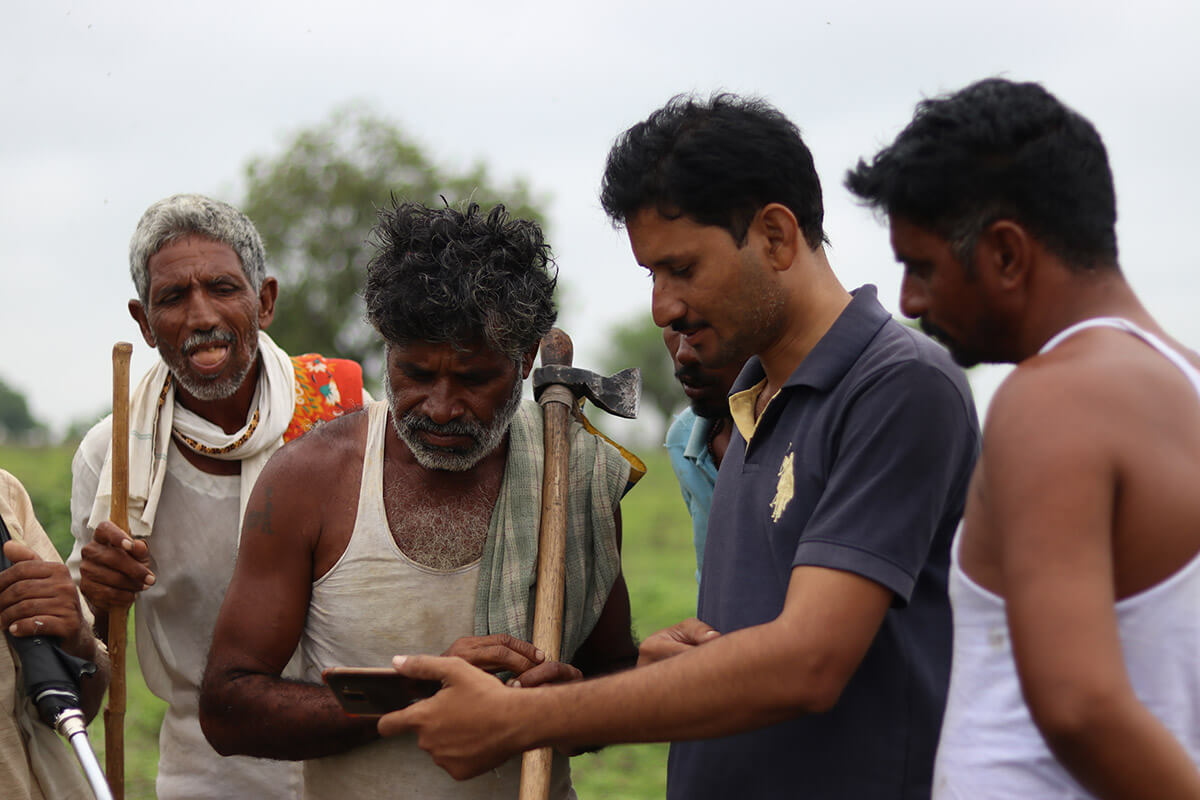 As an Indigenous scholar in a conventional academic setting, and even more so as a student of economics, I have always been bothered by the concept of indefinite economic growth and development with no regard for nature and have been troubled by its environmental consequences. That concept, packed with an ideology of taking everything and anything from nature—the attitude of “mining the moon if we are done mining the earth” and of borrowing from the future if we exhaust resources today—often leaves me wondering: is the environment for taking from or rather for giving to?

As an Indigenous scholar in a conventional academic setting, and even more so as a student of economics, I have always been bothered by the concept of indefinite economic growth and development with no regard for nature.

Perhaps this question may have stemmed from my cultural upbringing, based on the idea of coexistence and living in harmony and unity with Mother Nature, which is in direct conflict with the ideology of modern economics. I have been finding answers in my own culture, such as in Bhaldev (the festival of grazing cattle in the forests), one of the main traditional festivals observed by Nanda-Gaoli people.

A festival of worshipping grass before heading for the forests to graze cattle sounds strange, doesn’t it? Yet, amid the Nanda-Gaoli’s struggle for survival, this festival commemorates and celebrates the strong bond that my people have with the forests.

The Nanda-Gaoli community resides in semi-permanent hamlets along the buffer zones of forests in Wardha, Yavatmal, Bhandara, and Melghat regions of the Indian state of Maharashtra. Nanda-Gaoli people usually rear cattle and buffaloes and are known as stewards of the beautiful indigenous Gaolao cattle and Nagpuri buffalo breeds. The cattle breed, in fact, may have been named after the Nanda-Gaoli community, as it was reared and improved by them. 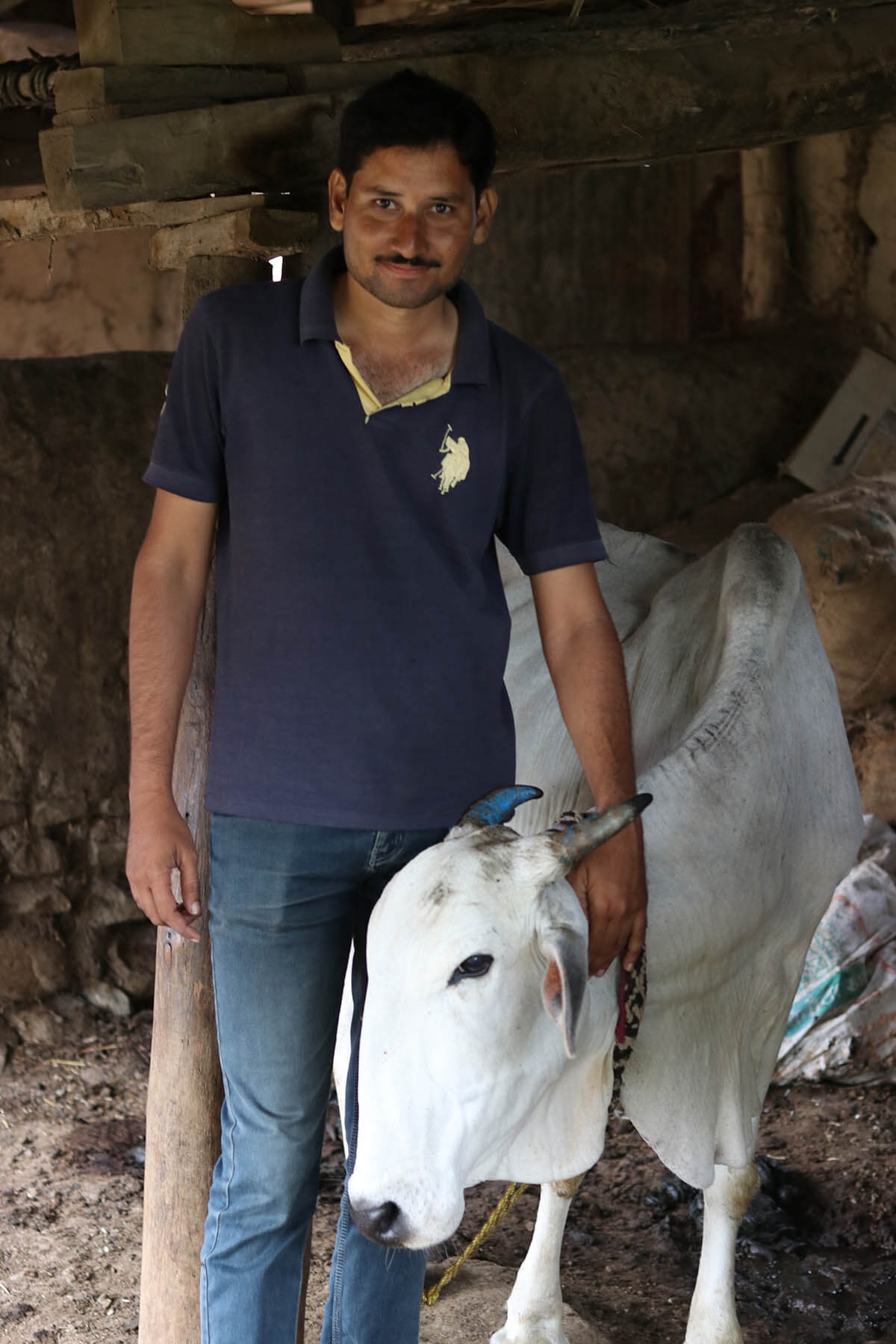 Prafulla with a beautiful and sacred Gaolao cow, the pride of the Nanda-Gaoli community. Photo: Nipun Prabhakar, 2019

Gaolao cattle is extremely important to us and is a huge part of our culture and traditions, featuring in every ceremony, ritual, and festival of the Nanda-Gaoli community. Every year, we go out on a seasonal migration during the month of February, in search of fodder for our livestock, and return home at the end of June, with the onset of the monsoon season. As our way of life revolves around livestock rearing, forests and animals are central motifs in our culture and traditions. Hence, the Bhaldev festival is a major expression of our worship of Mother Nature and our caring for the environment.

The Nanda-Gaoli trace their ancestry to Nandbaba, the father of Hindu deity Lord Sri Krishna and a resident of the mythical city of Gokul. That is why Bhaldev is held twelve days after the festival of Janmashtami, which celebrates the birth of Lord Sri Krishna. Bhaldev is one of the 108 names of Lord Sri Krishna. It is believed that the deity resides inside lavhan grass (Cyperus rotundus), a native grass species that usually grows near waterbodies. For that reason, locally the grass is also called “Bhaldev” and is sacred to the Nanda-Gaoli, who worship it during the festival.

Bhaldev is celebrated for five days during Bhadrapada Masam, a period in the Hindu calendar that may fall in July or August, marking the peak of the southwest monsoon season over the Indian subcontinent, a time when Mother Nature comes alive. During the festival, nobody in the community sells milk or any dairy products, and everyone voluntarily suspends all economic activities for those five days. Even the livestock is not taken to forests and pastures for grazing. Instead, all members of the community devote themselves to the service of Lord Krishna.

If observed closely, the festival is as scientific as it is religious or spiritual: it takes place at the time of sprouting of new grass shoots due to the monsoon rains. That is not a coincidence! Rather, it is the fruit of the knowledge that our Elders gained through generations of careful observation and understanding of Mother Nature.

The festival is as scientific as it is religious or spiritual.

On the fifth day, at the conclusion of the festival, the community takes grass tufts from every household out on a procession around the village. The air is filled with the sound of traditional music and chants of “Kanhoba Belpatri Bhaldev” (“The Lord Sri Krishna came to our home, let us worship him”). At the end of the procession, the grass-deities are immersed in the nearby river.

The entire Nanda-Gaoli community takes Lord Sri Krishna figures made of lavhan grass tufts on a procession around the village on the last day of the Bhaldev festival. Photo: Prafulla Kalokar, 2019

There are many myths and legends associated with this festival. Scientifically speaking, however, the festival is directly linked to maintaining fodder supplies and breeding livestock, which is worth understanding. Nanda-Gaoli people depend on livestock for their livelihood, and livestock depends on forests and grasslands for survival. Hence, such reverence for the grass is fundamental for the very existence of the Nanda-Gaoli community.

The monsoon rains, corresponding to the Mrig or Mrigashish constellation (Orion, the fifth nakṣatra or lunar mansion, as it is known in Hindu astronomy and astrology), make the grass sprout and, as we say colloquially, drape Mother Nature in a lush green saree. The rains corresponding to the subsequent constellations make the grass bloom—and blooming grasses, which are believed to be abundant in nutrients, mark the beginning of the Bhaldev festival. Only after the festival’s conclusion are animals taken to the forests and pastures for grazing.

The science and knowledge of livestock management embedded in this traditional festival are worth pondering. The cattle are not taken into the jungle for the twelve days of the festival, to prevent the animals from grazing and destroying the newly sprouted grass shoots, thereby giving the grasses enough time to establish themselves in the forest. Cessation of grazing at crucial stages of growth allows the grasses to grow optimally, thereby ensuring fodder security. Hence the prohibition on grazing is essential, and celebrating the festival serves the purpose in a more spiritual way.

Observing the festival also helps the community decide the right time to start grazing and provides knowledge and insights to the young herders. It helps them learn that the blooming grass is highly nutritious for the cattle and analyze the condition of the forest based on the health of the grass. The most important aspect of this festival, however, is that it reminds the old and teaches the young to remain humble and grateful to the forest and to the life-giving tufts of grass.

In a nutshell, the Bhaldev festival is about securing the health of livestock and financial security for people by conserving the environment and taking care of Mother Nature. Further, the festival promotes cultural barriers to grazing, protecting the forest and grassland ecosystems when they are at their most sensitive. The Bhaldev festival is all about giving to Mother Nature first, and she reciprocates. Perhaps, my culture taught me that the environment is for giving to, not for taking from!

The Bhaldev festival is all about giving to Mother Nature first, and she reciprocates. Perhaps, my culture taught me that the environment is for giving to, not for taking from!

Prafulla (left) with Shridhar Galat on the last day of the Bhaldev festival. Photo: Prafulla Kalokar, 2019

Nanda-Gaoli Elders talk about this festival with great pride. They say with confidence that it was because of festivals like this that our precious grasslands and forests have been saved. Dairy products, especially the butter from the well-fed and nourished cattle of this region, have reached across the oceans, earning the region the name of “Denmark of Vidarbha” (Vidarbha being the northeastern portion of Maharashtra, where we live).

Grasslands, the lifeline of the Nanda-Gaoli community and their cattle. Photo: Prafulla Kalokar, 2019

The wisdom and insights of community Elders are passed down the generations through traditions and festivals like Bhaldev. The knowledge and understanding that these Elders possess about livestock management and conservation of nature might put many so-called modern scientists to shame. Yet, many Nanda-Gaoli Elders also express concern! Lavhan grass is disappearing locally, and of late it has been getting harder to find enough tufts to perform the festival’s rituals. The disappearance of lavhan grass is not only an indication of loss of biodiversity in the forest but also a threat to the legacy of the Nanda-Gaoli, which is very unsettling for the community. How did we get to this point?

The answer may lie in decades of implementation of exclusionary, anti-poor forest acts and laws, first by the British Empire and then by the government of independent India. The forest acts of both the colonial government and independent India have banned grazing in the forests altogether. Today, in the name of different projects and programs, the Forest Department promotes monoculture timber plantations on grasslands, destroying the precious and fragile grassland ecosystems. India’s policies consider grasslands as wasteland and make no provisions for their conservation and management. And alienating Nanda-Gaoli people from forests has been detrimental not only for livestock and the environment but also for the socio-economic and cultural sustainability of the community.

The Maharashtra state government has set aside a few small patches of forest customarily used for grazing, but they are insufficient to produce enough fodder for the cattle. Due to lack of adequate fodder, the milk production of Gaolao cattle has come down to just two liters a day from eight liters a day, seriously affecting household income in the community. Consequently, many people have given up cattle rearing, which has pushed the once-famous Gaolao cattle breed to the verge of extinction locally. 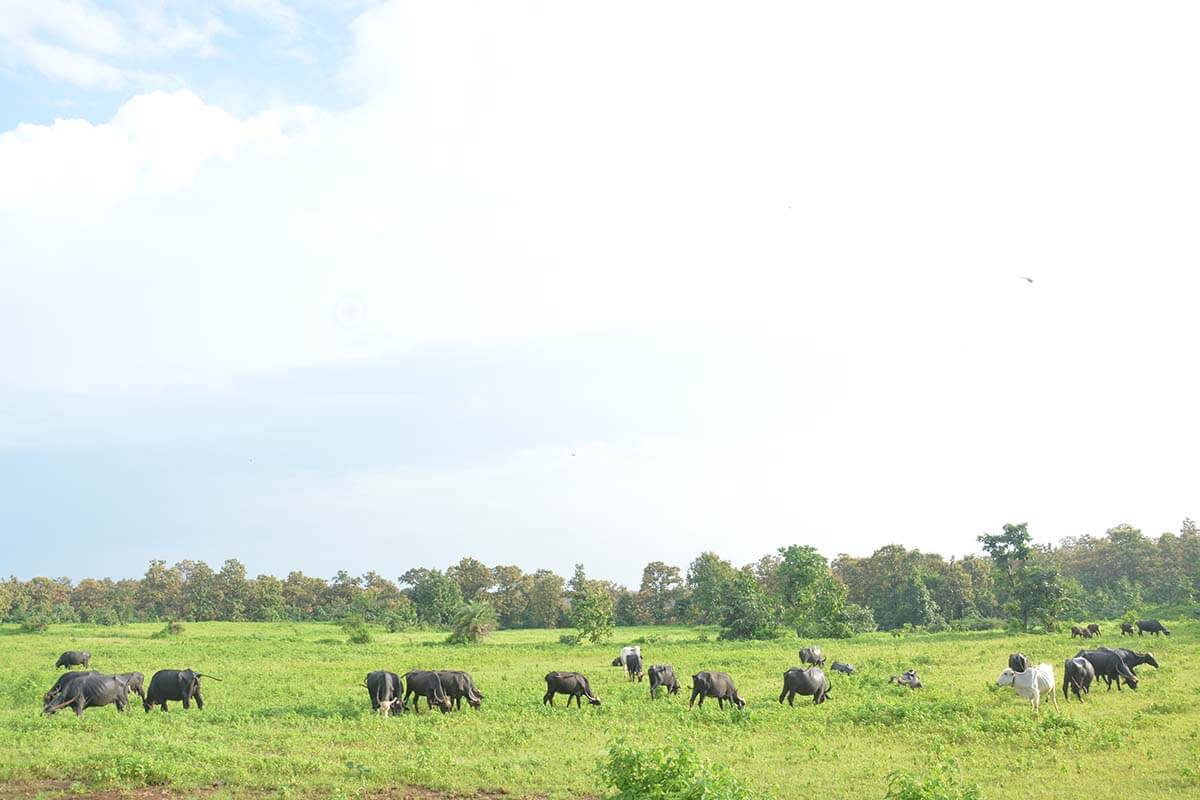 Fodder scarcity is becoming an ever more serious problem with each passing season. State-supported fodder camps have been touted as the best way to fix this problem, but they have proved to be just another avenue for promoting corruption. The real solution for this problem is not organizing fodder camps but reinstating the grazing and other customary rights of the Nanda-Gaoli community in the forests, as well as acknowledging and popularizing their traditional knowledge of livestock breeding and forest and biodiversity conservation among conventional academics.

Today, major conferences are being held to discuss climate change and biodiversity loss, but hardly anyone is taking notice of the traditional knowledge held by tribal and livestock-breeding communities. So, the question remains, is the environment for taking from or for giving to? And it’s about time we answered this question! 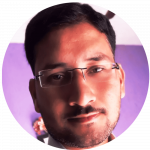 Prafulla Kalokar is a doctoral student belonging to the Indigenous Nanda-Gaoli community, a semi-nomadic pastoralist community of the Indian state of Maharashtra. He is in the final stages of his doctoral dissertation in Economics at Gondwana University, Gadchiroli district in Maharashtra. 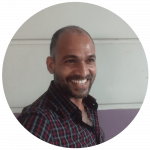 Kanna K. Siripurapu is a researcher interested in the biocultural diversity of Indigenous nomadic pastoral systems and agroecological systems of India. He is associated with the Revitalizing Rainfed Agriculture Network, Telangana, India.