A Khasi youth expresses love and pride for his native land and culture. 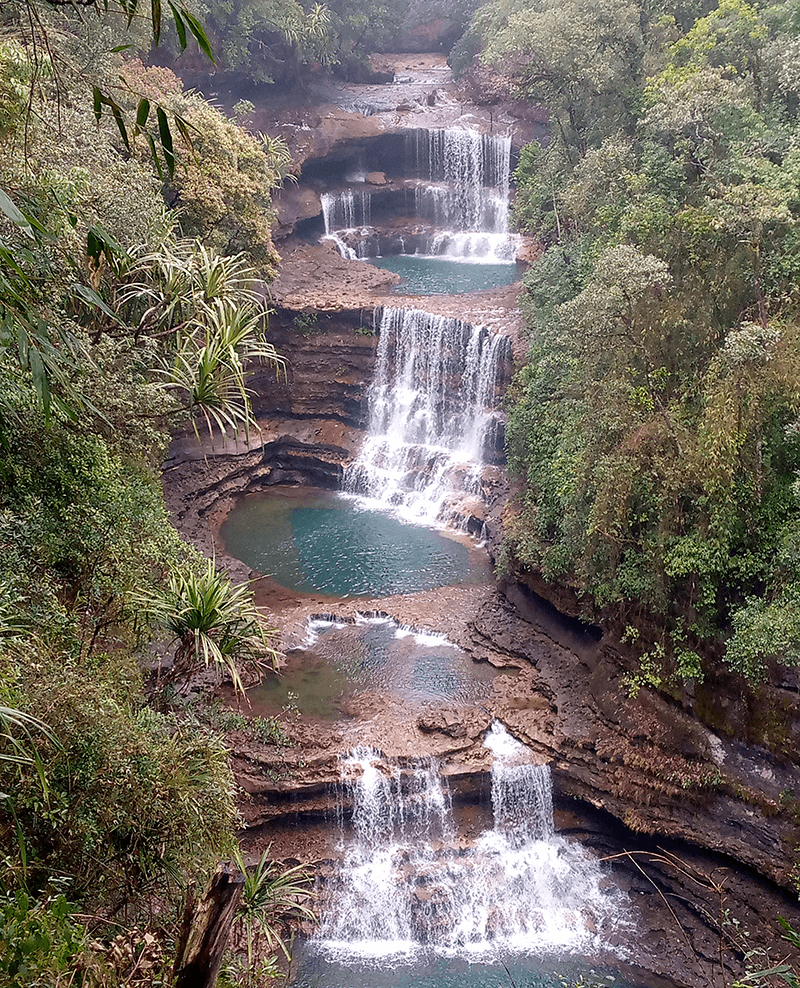 Wei Sawdong Falls in Cherrapunji (Sohra), one of the most spectacular sites in the state of Meghalaya, Northeast India.

Khasiland — The name of my homeland,
Located somewhere on earth.
Famous
For its beauty, rain songs, and war
Rich in culture and
Unique in history.

The aroma of love pervades the air,
The birds sing a lullaby
Melody of happiness is heard —
On this unique land.
Rare to find on earth
A joy to travel on.

This is the land where —
Men protect the land and
Women preserve the culture.

My homeland is a home of the brave,
Who loves to go to war,
To fight
For freedom, justice, and rights —
For freedom is ours.

Since ancient times
We live freely, we rule freely
Sovereignty is ours.
We sow, we reap, and we eat
Upon this unique land.

Unfortunately,
In the past decades
Our freedom, rights, and sovereignty were forcefully seized by
The white men from the far-off west,
Some of ’em gave us light
And some tortured us.

The white men gone,
The Indians
With sugar-coated words they came,
To fool our leaders,
But they failed.

Those Indians,
Started showing their power,
They invaded our land with arms!
Forcefully,
They made our leaders sign the agreement
With a gun pointing on their head.
Again, we’re under colonial rule.

Thousands of innocent souls
of my brethren were murdered,
At the hand of those colonial rulers,
I see no fair judgment on that,
Seems like justice’s dead!

My homeland —
Most of the corrupt politicians
who’ve been controlled by those colonial rulers
They messed up on your land
and defamed your name
For their own sake.

Oh, my homeland!
I cried and cry,
When I open the book of your history.
But my heart never feels hopeless
’cause you were never born a coward.
Although
There are some black sheep and traitors,
Who sell their land for pieces of coins.

We have been conquered by the foreigners,
Never got treated like citizens;
Our justice, freedom, and rights were denied.
How come those colonial rulers claimed that we’re free?
Are they not ashamed of their crimes and cruelty?

There’ll be no peace in you
As long as we’re reigned over by foreigners;
Oh, my beloved homeland,
You are drenched in the blood and tears of the patriots!

Oh, my fellow Khasi brethren,
Wake up from your dreams!
Don’t get fooled by those greedy colonial rulers,
To say that we’re free.
Fight for your right by hook or crook,
For pain is transient and victory is for good.

“Khasi by blood, Indian by force,”
A slogan to be raised.
To ignite the spirit of nationalism,
And to shine the light of freedom
On this unique land

My homeland
I’ll lay down my life for you,
I wish for peace and harmony
In this very land;
I pray that you’ll last as long as the world lasts
I hope someday you’ll get back your stolen peace
Long live my homeland.

First, I would like to introduce myself. My name is Carmel Fedrick Malngiang, and I belong to a Khasi Indigenous tribe of Meghalaya, Northeast India. I am a native resident of a remote village called Wahkaliar, Sohra.

“My Homeland” is the title of my poem, written in free verse. To be clear, this poem is not meant to promote any violence or anything that is against the government of India. Nor is it meant to provoke anybody. I wrote the poem according to the true history of my beloved homeland, and that history can never be forgotten.

My poem plainly tells the story of how a free nation became a bonded nation.

My poem plainly tells the story of how a free nation became a bonded nation. Since ancient times, my beloved Khasiland was a free nation. No other nation ruled over us. Khasiland had never been a part of India before. This poem also tells of how my nation lost its sovereignty at the hand of foreigners.

In more recent times, as the British invaded India and its neighboring areas, their invasion reached all the way to the hills of Northeast India, as the region is called now. Gradually, the British took the ruling powers into their own hands. Since that time, our sovereignty and freedom were taken away by force from our land.

I wish for peace and harmony in this very land.

Wickliffe Syiem, a Deputy Chief of Nongstoiñ (a small kingdom within Khasiland) could not bear what the Indian rulers did to his beloved homeland. He took up this issue and raised it at the United Nations but did not succeed, as most countries in those days were on India’s side.

In sum, my poem says that our Khasiland is still under colonial rule. Most of my fellow Khasi brethren did not know that, as we are being misled by the Indian government, which is hiding the true history of Khasiland.

With my poem, I urge my fellow Khasi brethren to wake up from their dreams and to start fighting for our own rights that were stolen by colonial rulers. By that, I do not mean that we should create bloodshed or violence. I mean that we should fight peacefully. As I say in my poem, “I wish for peace and harmony in this very land.” 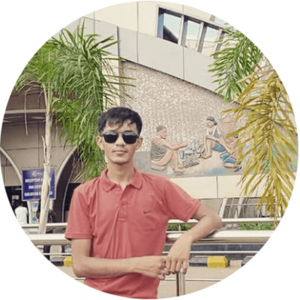 Carmel Fedrick Malngiang is a twenty-three-year-old Khasi from Wahkaliar village in Meghalaya, Northeast India. He works as a social activist in Meghalaya. He is currently completing his studies in the arts.