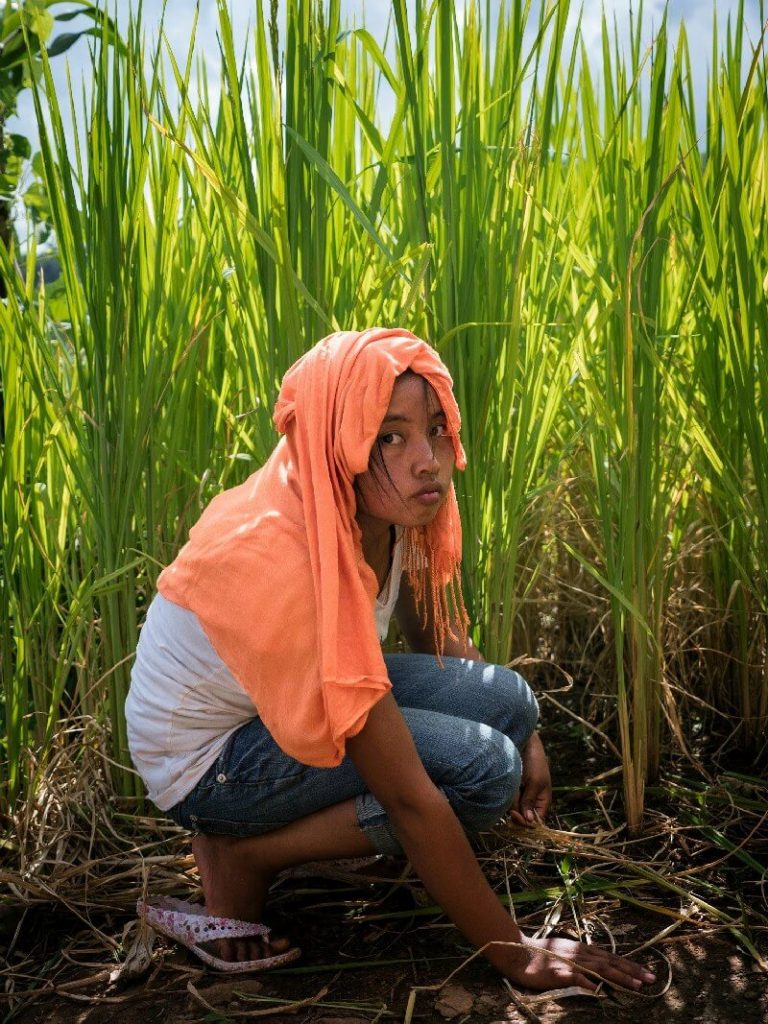 Nagaland is a small mountain state in the North East Region (NER) of India. NER is one of the world’s biodiversity hotspots, and the diverse ethnic communities of the region have significantly contributed to sustaining this biodiversity. There are numerous Indigenous tribes in Nagaland, most of which speak related languages and are collectively referred to as “Nagas.” We are Chakhesang Naga.

Our food comes from our land, forests, water bodies, and farmland. It is part of our ecosystem, but it is also part of our culture, our knowledge systems, our spirituality, and our bonding with Mother Earth.

Our food is part of our ecosystem, but it is also part of our culture, our knowledge systems, our spirituality, and our bonding with Mother Earth.

Nagas practice ecological farming through diversified forms of agriculture like jhum agriculture, terrace rice cultivation, home gardens, and seed saving and sharing. Farming is intrinsically linked to our communities and landscapes, transmitting knowledge, skills, practices, and technologies down the generations. 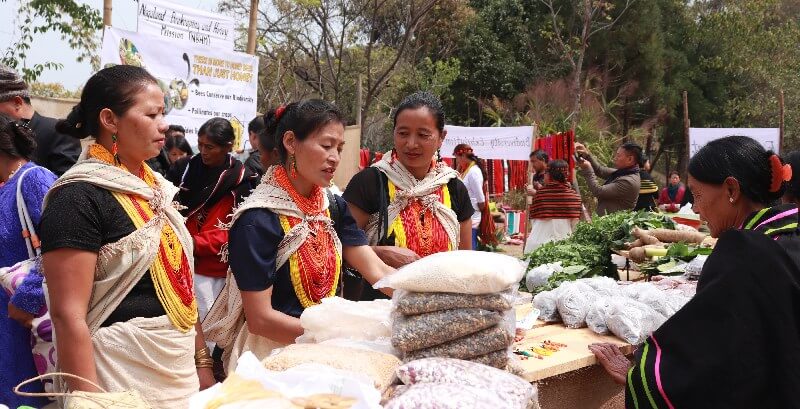 But now our fragile ecosystem is under threat. Biodiversity degradation makes our state vulnerable to climate change, poverty, and climate-induced migration, but our culture is equally damaged by the economy and government policy. Farmers are steadily moving from collective to individualized farming that emphasizes profit maximization. Cash crops now seem to outweigh food crops.

This shift is gradually alienating communities’ intrinsic relationship with their commons forest, land, seeds, biodiversity, water, traditional knowledge, and culture. Children have begun leaving the villages to go to schools in neighboring towns; there, they are not taught about their commons or their traditional cultures. 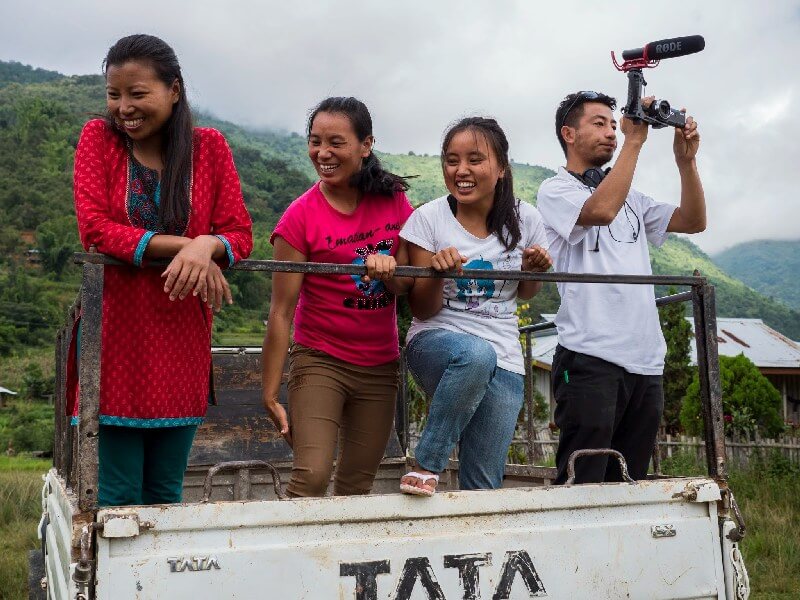 Today, globalization has impacted the way local communities perceive, produce, and consume food. The decrease in production of local food and the growing dependency on food from external sources impinges on the social, cultural, and political rights of Indigenous Peoples.

But those of us at the North East Network (NEN), a women’s rights and social justice organization, have been working to change this. In 2014, with the help of InsightShare (a community development organization), we, and other communities from the states of Meghalaya and Nagaland, began creating participatory videos on our food systems, agriculture, and other cultural and environmental issues. NEN chose to make films about biodiversity, livelihoods, and traditional knowledge. One such film, “Millet — Securing Lives,” focuses on millet, a native crop. The film documents the harvesting of millet and captures the voices of the custodian farmers of Chizami and Sumi villages. Millet is more than nutritious food; it helps ensure climate resilience, community bonding, and well-being.

We began creating participatory videos on our food systems, agriculture, and other cultural and environmental issues.

In the process of making our film, elements of our culture burst back into life: field songs were sung once again, traditional garments made, and traditional meals cooked.

Since then, we have continued to make participatory videos about Naga culture, land, and food. We have even hosted seed exchanges and screened our videos at biodiversity festivals to encourage traditional agroecology. This year we were awarded a prize at the National Community Film Festival for our film “Salt in My Village,” and last year we won a prize at the same festival for “Millet — Securing Lives.”

Salt in My Village documents the salt narratives of Matikhru community, the process of salt making and challenges thereof, and the future of salt making. Film: North East Network, 2017

But, most importantly, we are bringing traditional knowledge back to our fellow youth. A major concern has been the alienation of young people from their environment. This can be partly attributed to urban education systems, where the ecology of the mountains and local farming systems are neglected. So for the last four years, NEN has been hosting the NEN Farm School. 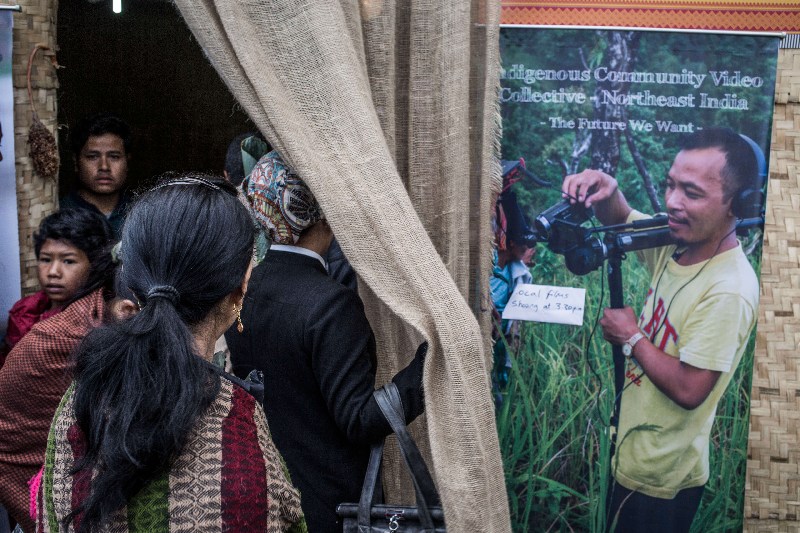 Locals at the Indigenous Terra Madre Festival entering a screening of participatory videos. Over 50 videos were made by Garo, Khasi, and Naga youth for the festival hosted by the North East Slow Food and Agrobiodiversity Society and Indigenous Partnership for Agrobiodiversity and Food Sovereignty. Photo: Nick Lunch/InsightShare, 2015

The NEN Farm School teaches children and parents from urban areas about locally sourced food, farmlands, and ecologies. Through understanding the journey of food from farm to plate, our youth can move towards sustainable food production in the future.

The NEN Farm School teaches children and parents from urban areas about the journey of food from farm to plate so our youth can move towards sustainable food production in the future.

When we first started using participatory video, the chair of our village council remarked: “You see, we know all sorts of films from English to Hindi and even Korean. Through these films we know about the world. However, how much do we know about ourselves through films about us? This will give us a chance to make our own films and look at ourselves.” Through our summer school and the films we make, we youth begin to know ourselves and recognize the power in being ourselves. We are keen to continue this journey: InsightShare has been invited to return next March to facilitate more trainings and teach more people how to use participatory video.

The NEN Farm School teaches children and parents from urban areas about locally sourced food, farmlands, and ecologies. Through understanding the journey of food from farm to plate, our youth can move towards sustainable food production in the future.

Kewekhrozo (Peter) Thopi is 30 years old and is a program assistant at NEN, where he conducts video trainings and creates videos on matters of culture, environment, and food systems.

Tshenyilou (Lele) Chirhah is 26 years old and is a project assistant at NEN. She mobilizes community support for environmental and cultural issues, produces films, and conducts trainings in participatory video.