On the Move: Reawakening the Common Language of the Mediterranean’s Mobile Pastoralists 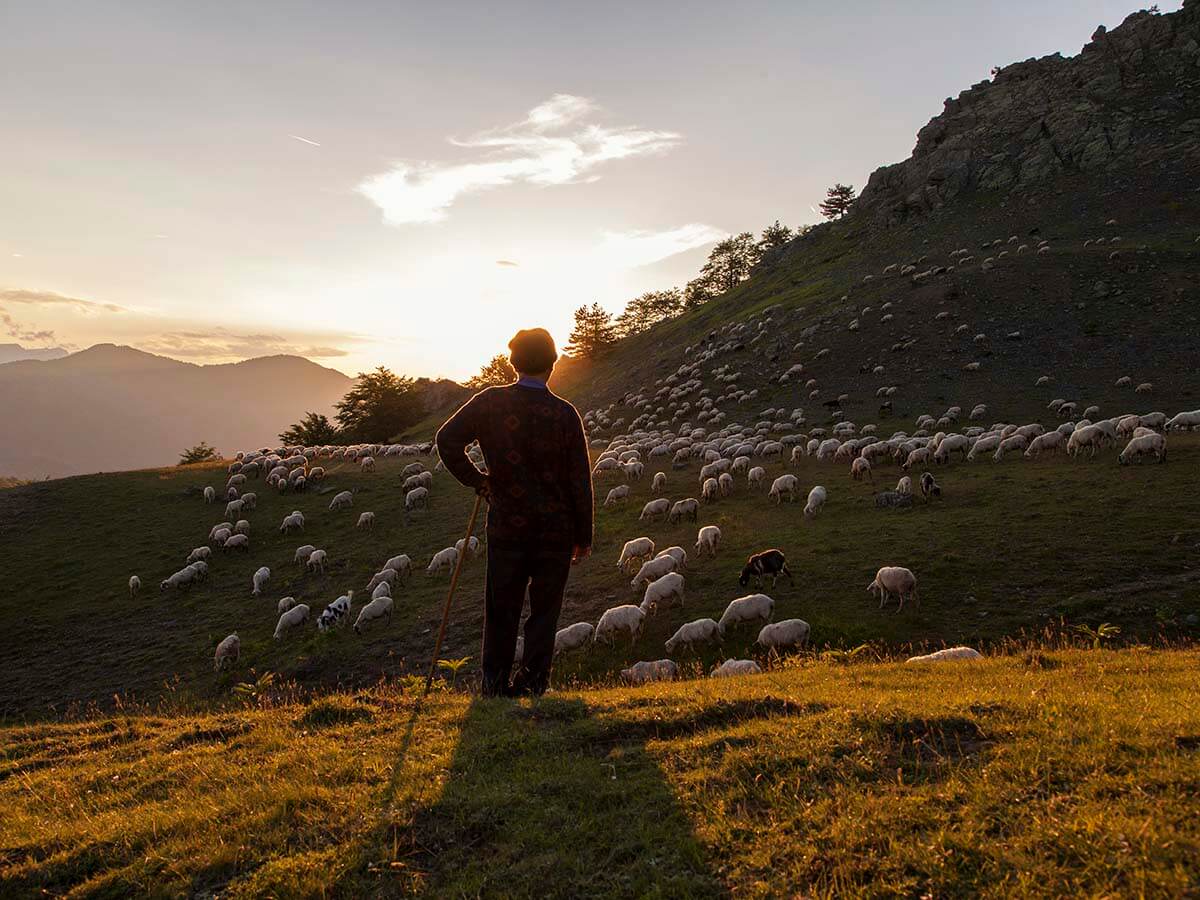 The return of the shepherds and their flocks. North Pindos, Greece. Photo: Stamos Abatis, 2014

Mobile and nomadic pastoralists the world over share a common language—the language of the landscape, of the changing seasons, of the plants, of their animals. And a common ability to read the land and be part of it, maintaining and enriching its diversity. They also face many common obstacles, and the very same pressures that threaten nature also threaten their ways of life. The voice of the mobile pastoralist is little heard in the cacophony of modern existence, intensive agriculture, and general discord with the natural world.

With this photo essay, we wish to honor the mobile and nomadic pastoralists of the Mediterranean Basin. Drawing from the internationally renowned photography exhibition, On the Move, we showcase fifteen of the sixty photographs from six photographers in six Mediterranean countries. They portray vividly that common language of movement through the landscape. The essay is a celebration of mobile and nomadic pastoralists as keepers of ecological knowledge, who despite the hardships of their lifestyle, have a strong will to maintain their culture in a fast-changing world.

Movement: The Language of the Landscape

In all of the countries of the Mediterranean Basin, mobile pastoralists take to the road with herds of animals on their seasonal migrations. These migrations take many shapes and forms: some moving over hundreds of kilometers, others crossing country boundaries, many more covering shorter distances. All of them opening up the landscape and making way for an opulent diversity of plant and animal species. 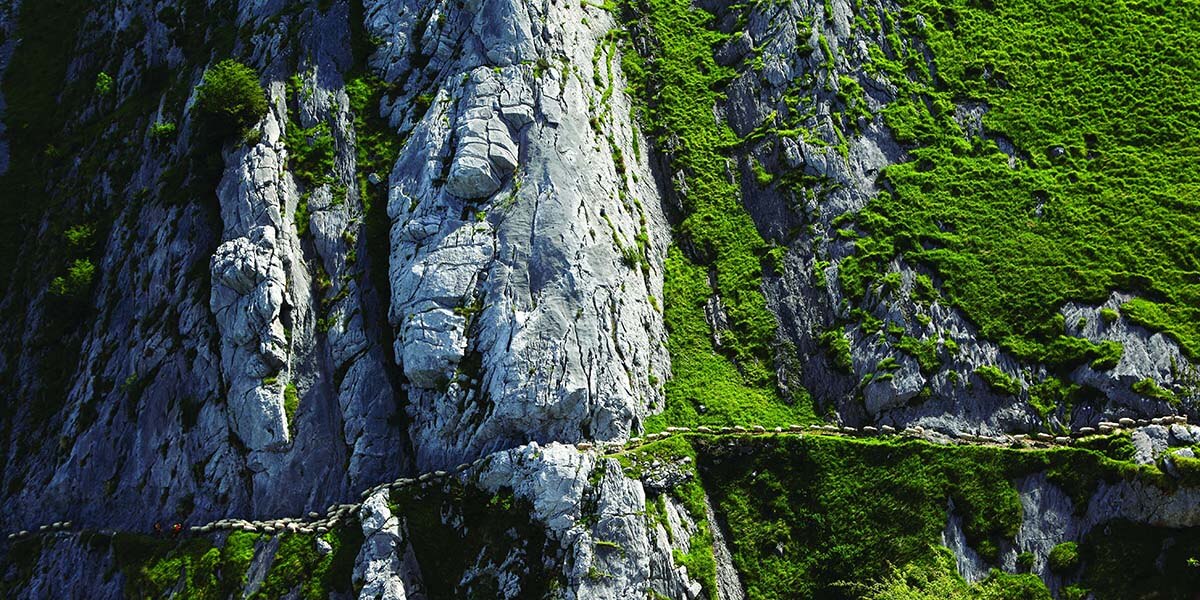 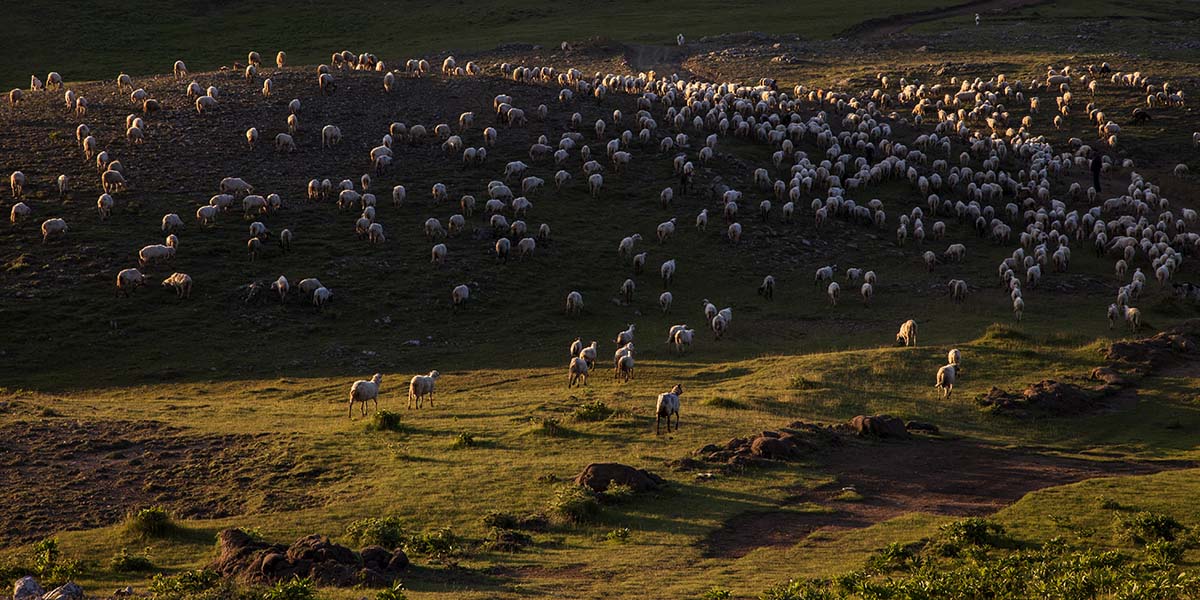 Just before the return of the shepherds and their flocks. North Pindos, Greece. Photo: Stamos Abatis, 2014

The migration routes of the mobile pastoralists form on-land rivers of richly biodiverse corridors that move as effortlessly through the landscape as they do, creating links between different areas of high biodiversity; preventing the spread of wildfires; enriching the soils; and dispersing seeds of countless varieties. Whether over deserts, through forests, over open plains, or snowy mountain passes, mobile pastoralists in the Mediterranean today form a unique community, speaking the very same language of the landscape. It is a silent but powerful language that in many places has replaced the movement of large herbivores that once roamed the countries of the Mediterranean, preventing the homogenization of the landscape and ensuring the continuation of a prosperous biological diversity.

Mobile pastoralists speak the very same language of the landscape.

Yet, despite the many benefits of mobile pastoralism, migration routes in most Mediterranean countries are being fragmented, degraded, or lost entirely, making movement difficult and often stressful. This, along with ill-conceived policies, water shortages, and climate change to name a few, is making the hard lifestyle of the mobile pastoralist even less attractive to younger generations. 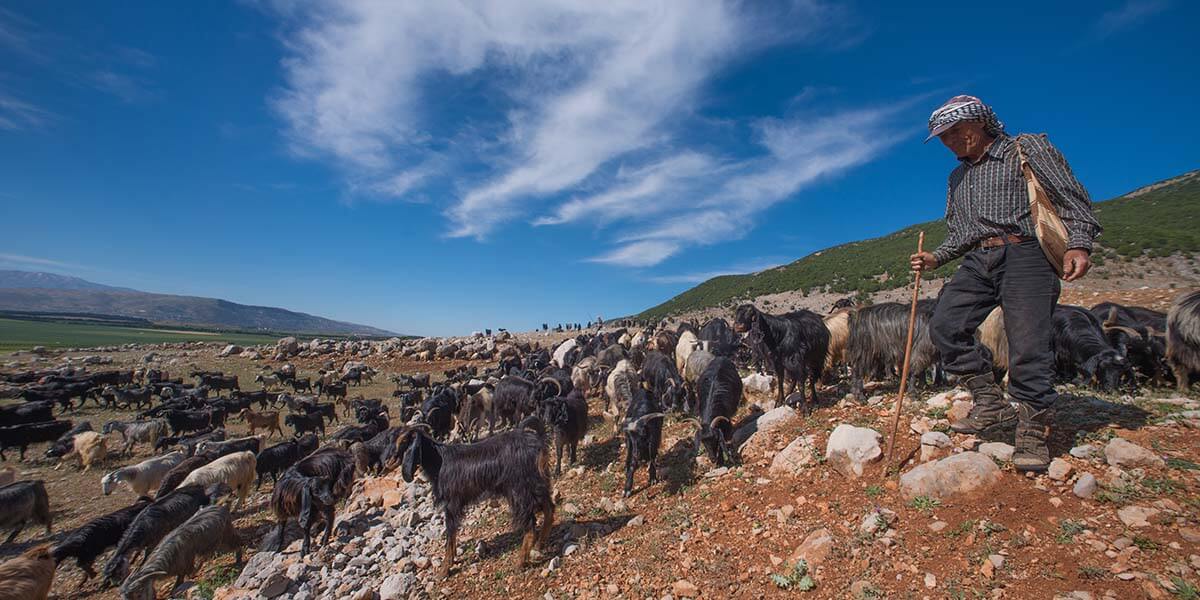 On the move in the Bekaa Valley, Lebanon. Photo: Asaad Saleh, 2014 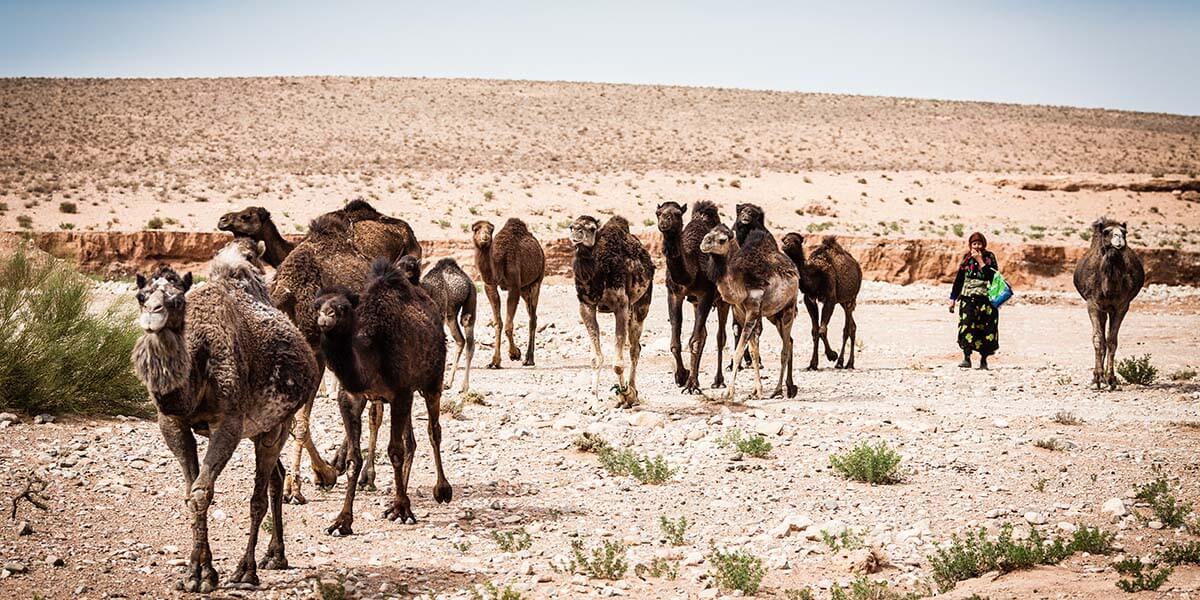 In the absence of men, it’s the women who take charge. Morocco. Photo: Younes Tazi, 2014

In early human existence, people were entirely dependent on nature, and that vital connection was both acknowledged and worshipped. Over time this dependency has been slowly fading, and today it seems that many societies are disconnected from nature altogether. The world’s mobile pastoralists are living examples of how some people have remained connected with the land and have been able to adapt to changing conditions for the past ten thousand years. It is a rare thing these days to meet with men, women, and children so connected with their lands and waters, so connected with their animals, and so inspired by traditions past. Our photos convey and celebrate these connections.

The world’s mobile pastoralists are living examples of how some people have remained connected with the land and have been able to adapt to changing conditions for the past ten thousand years.

We urgently need to help the rest of society reconnect with nature, and sometimes looking to the past can help inform a future that is more sustainable, more resilient, and more in tune with nature’s harmony. 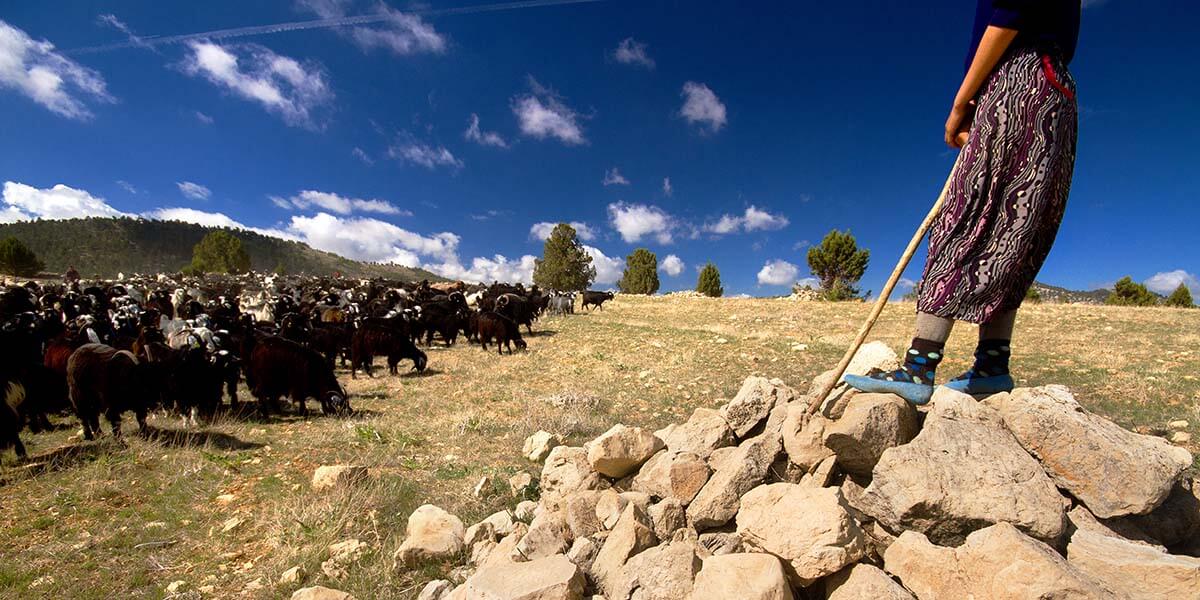 Sarıkeçililer nomads know how to communicate with their goats and sheep so that the long journey is harmonious. Turkey. Photo: Bariş Koca, 2014 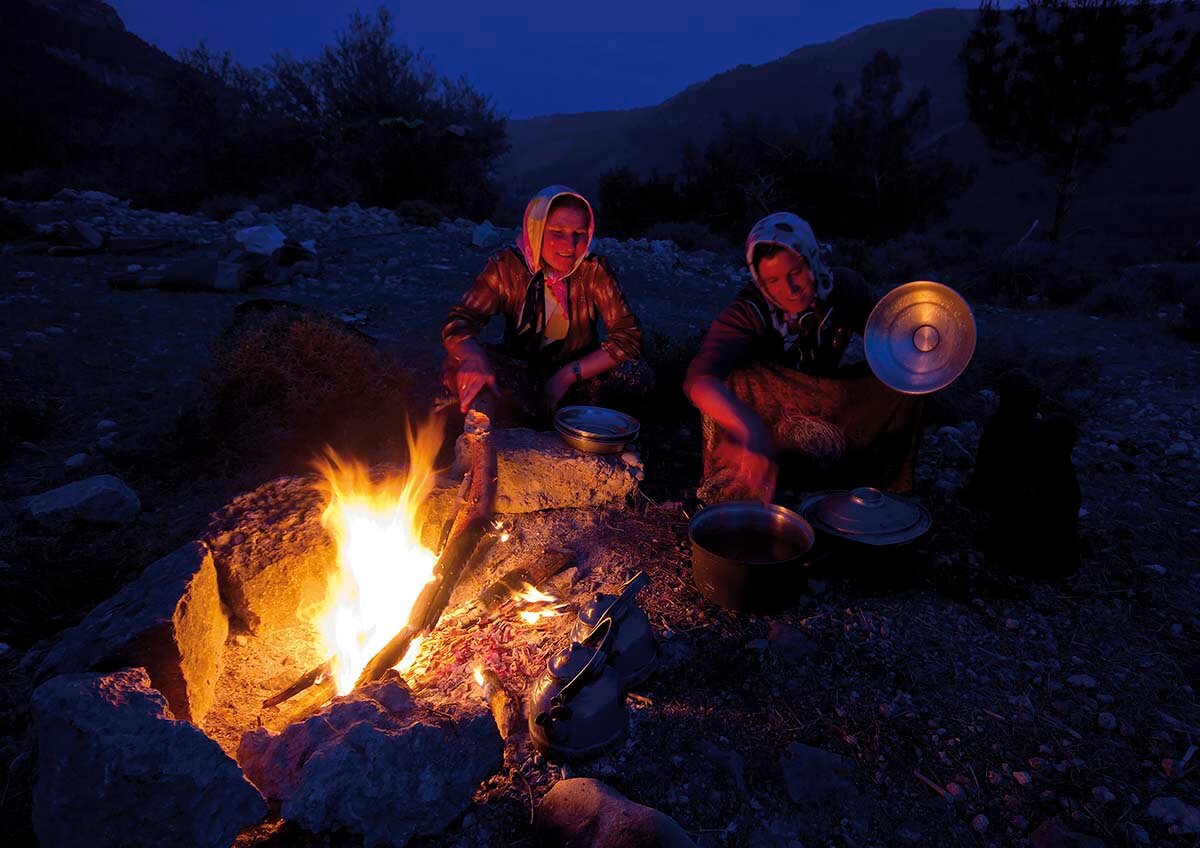 Some nights during the migration there is no need to put up the tent. Nomads are happiest under the stars. Turkey. Photo: Bariş Koca, 2014 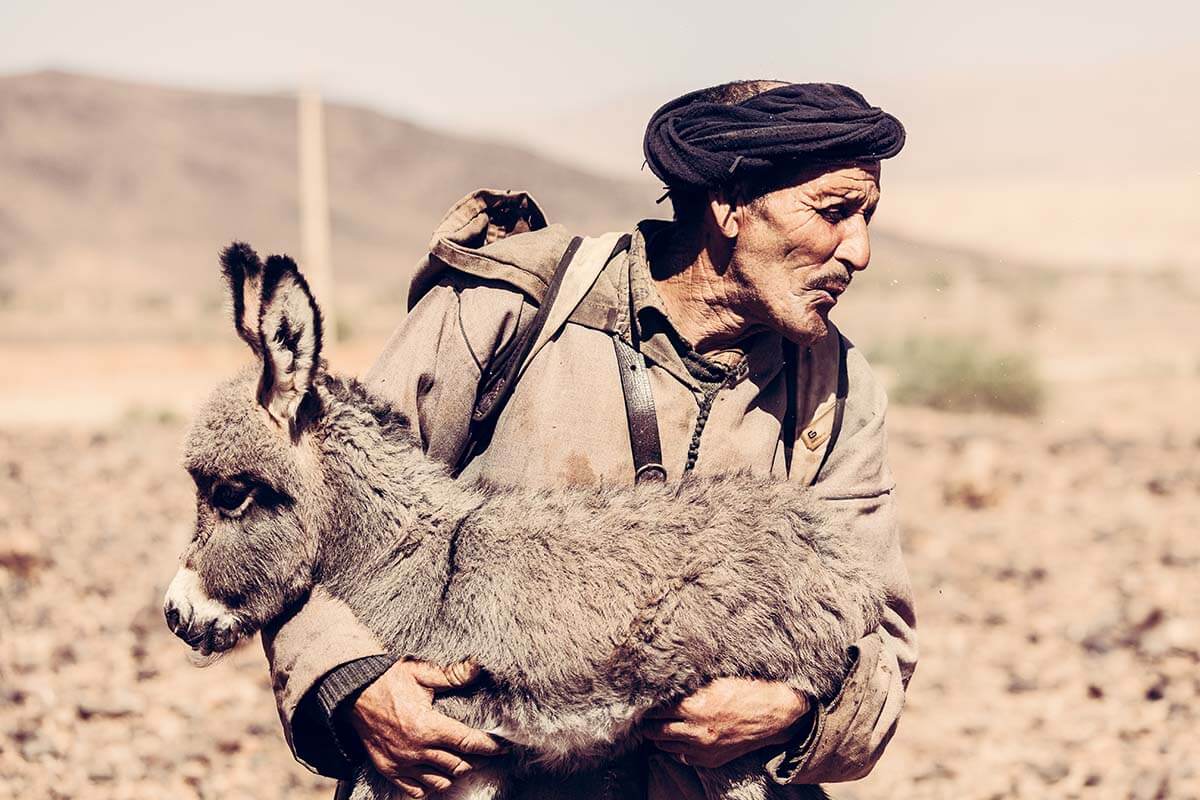 Our livestock are like our children. Morocco. Photo: Younes Tazi, 2014 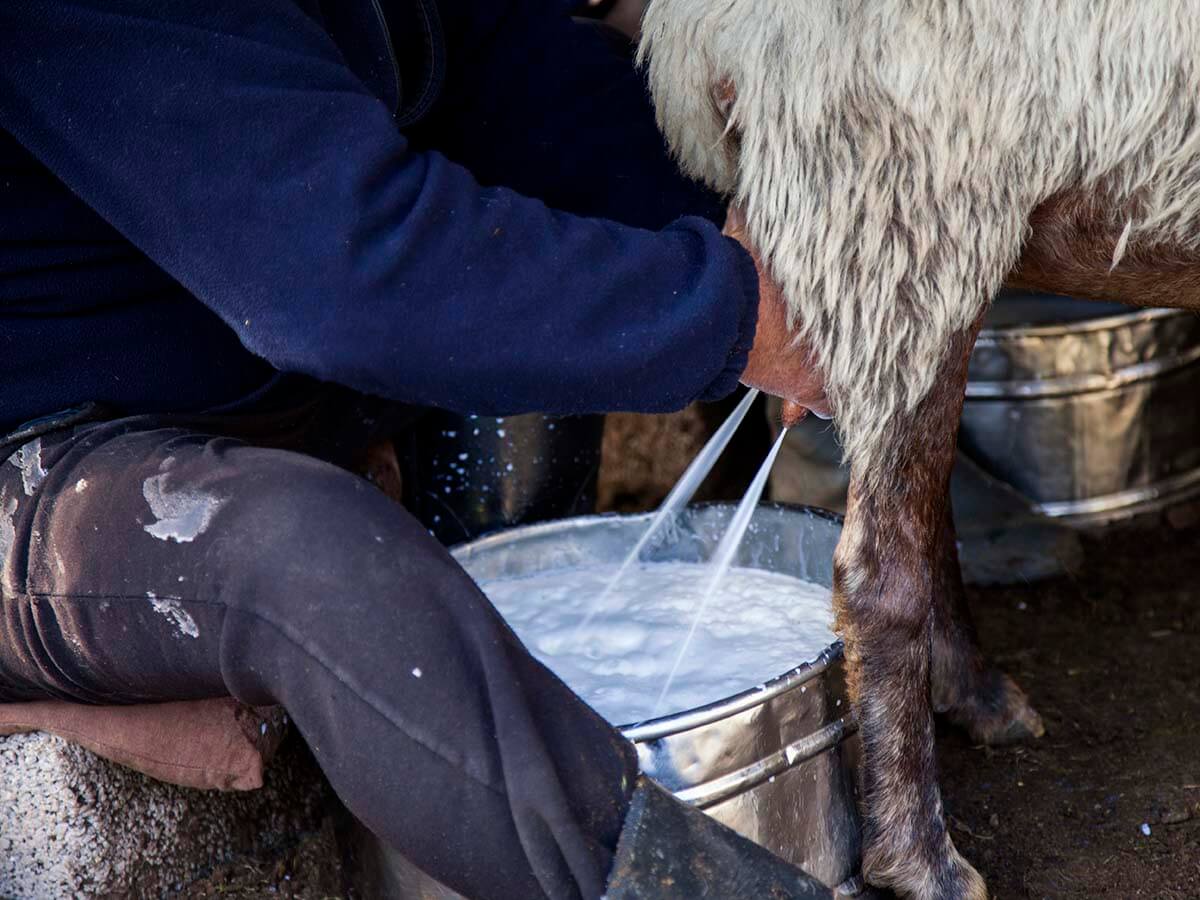 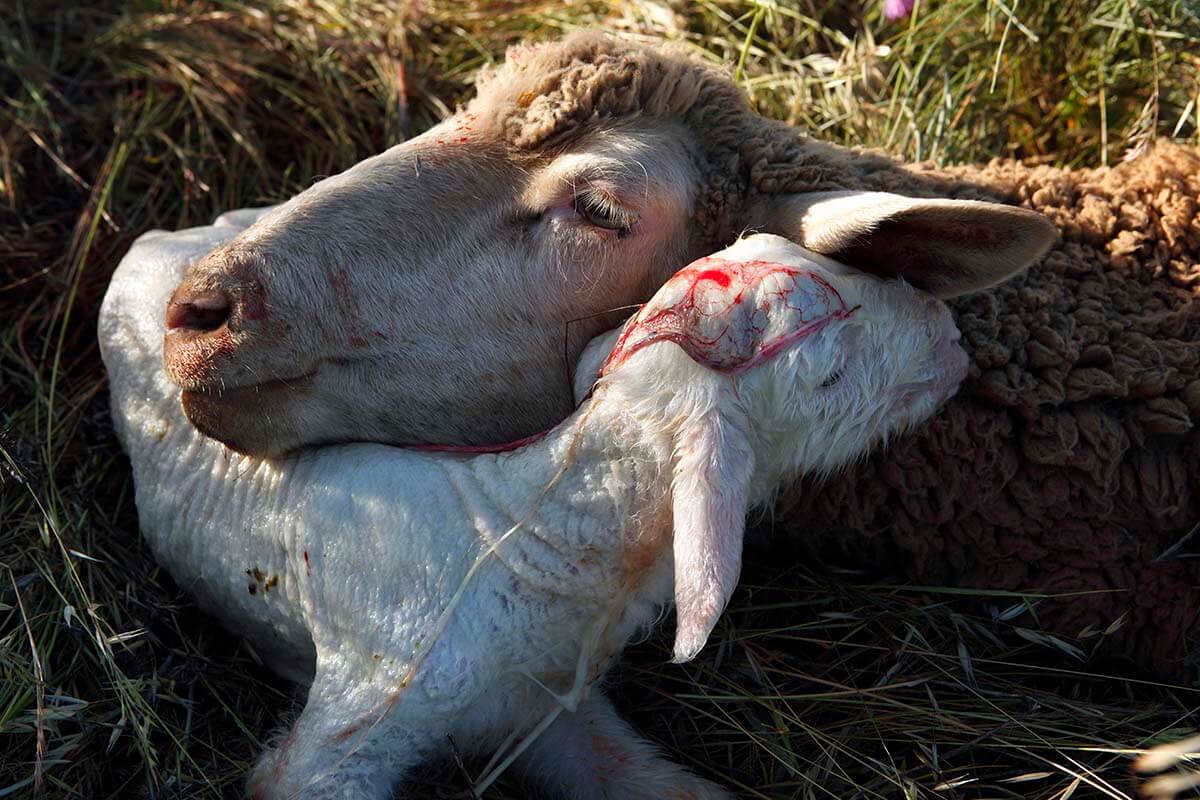 The Future of Mobile Pastoralism in the Mediterranean Basin

The practice of mobile pastoralism may be ancient, but it is not a thing of the past. In fact, it is as pertinent now as ever before. Mobile pastoralists are moving within the 21st Century, and while threats to their lifestyles are mounting, pastoralists are adapting—but for how much longer? And how much longer will it take us to realize that harmonious practices such as these are the very key to a sustainable future?

The practice of mobile pastoralism may be ancient, but it is not a thing of the past. In fact, it is as pertinent now as ever before.

What does the future hold for the Mediterranean’s nomadic and mobile pastoralists? Is it further fragmentation of migration routes and rangelands, marginalization, sedentarization, economic ousting, and climate extremes? Or could we foresee a future where the rights of mobile and nomadic pastoralists are respected; where they are celebrated as important keepers of the landscape; and where they are supported by policymakers, consumers, and society at large? 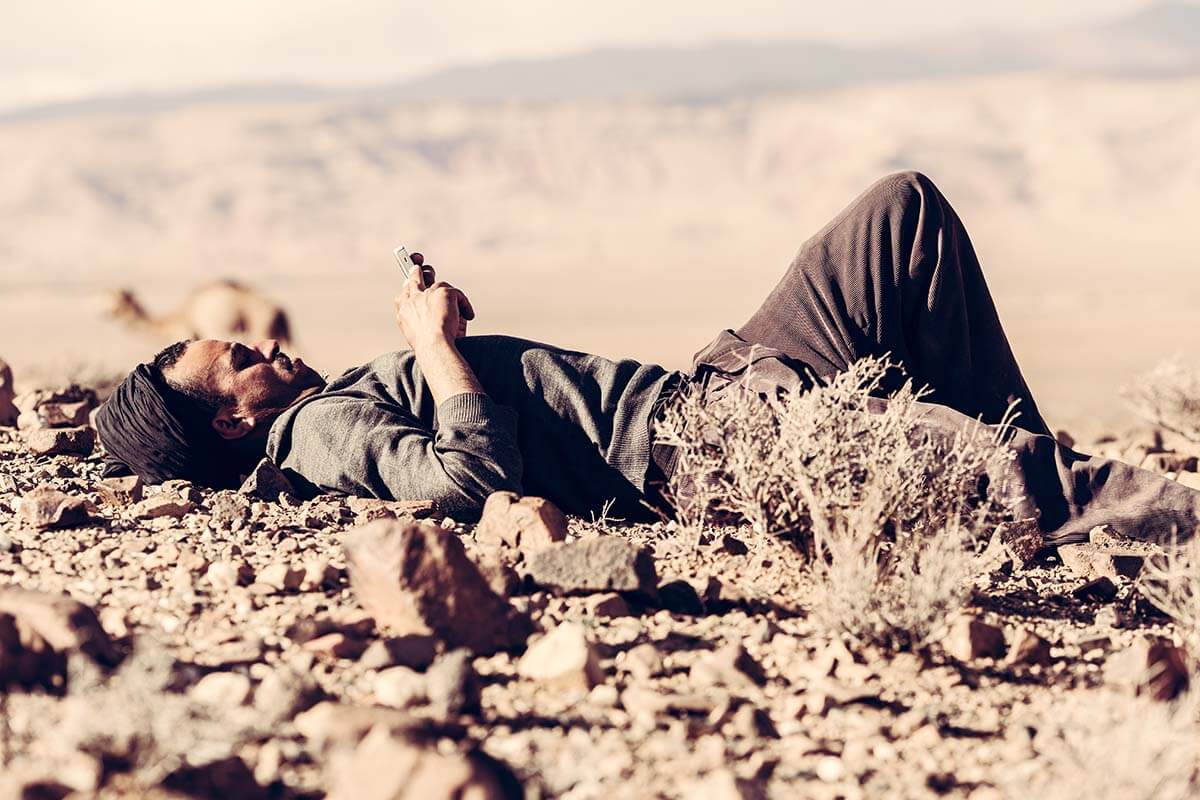 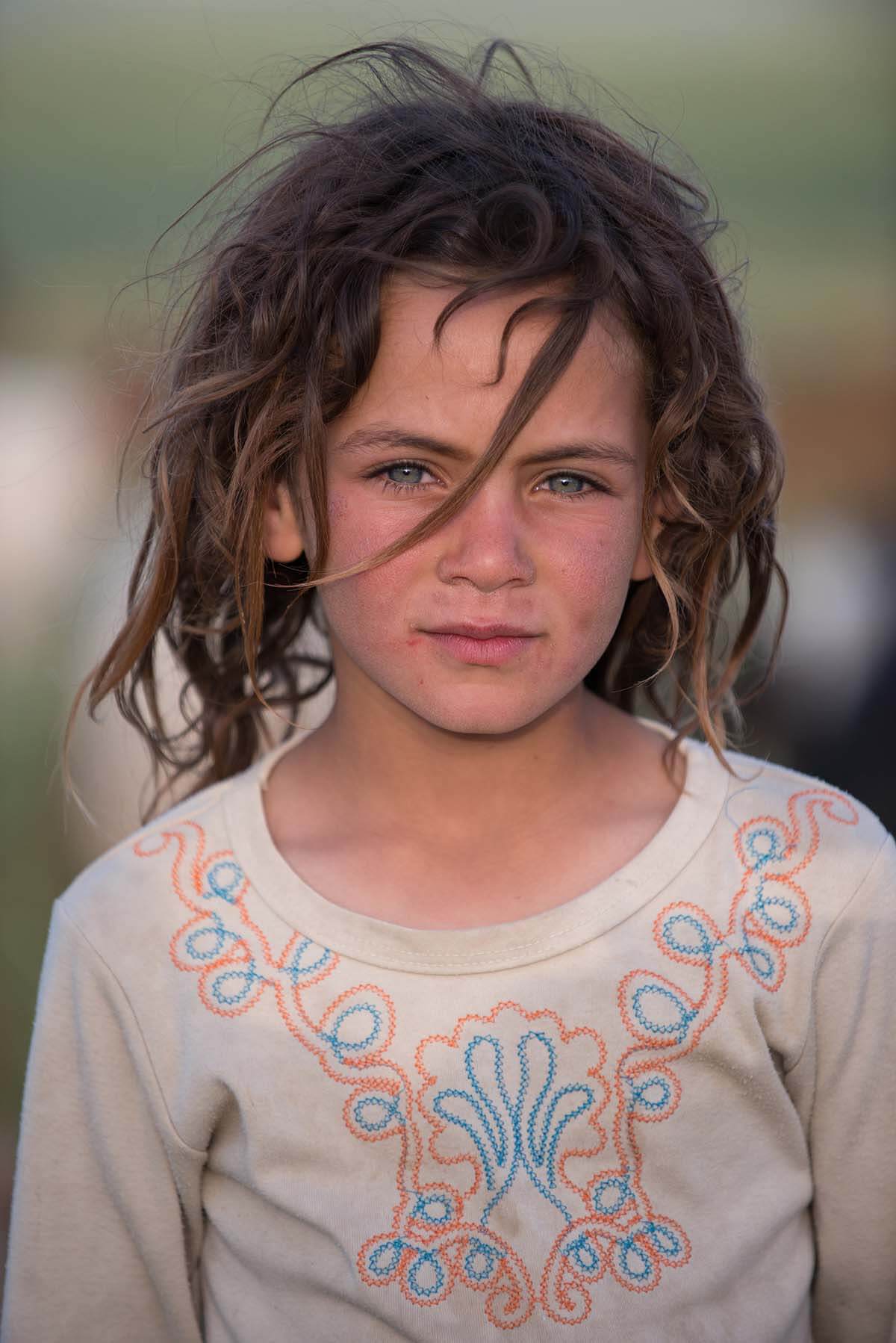 The beauty and harshness of the outdoor life reflected in the face of a child. Lebanon. Photo: Asaad Saleh, 2014 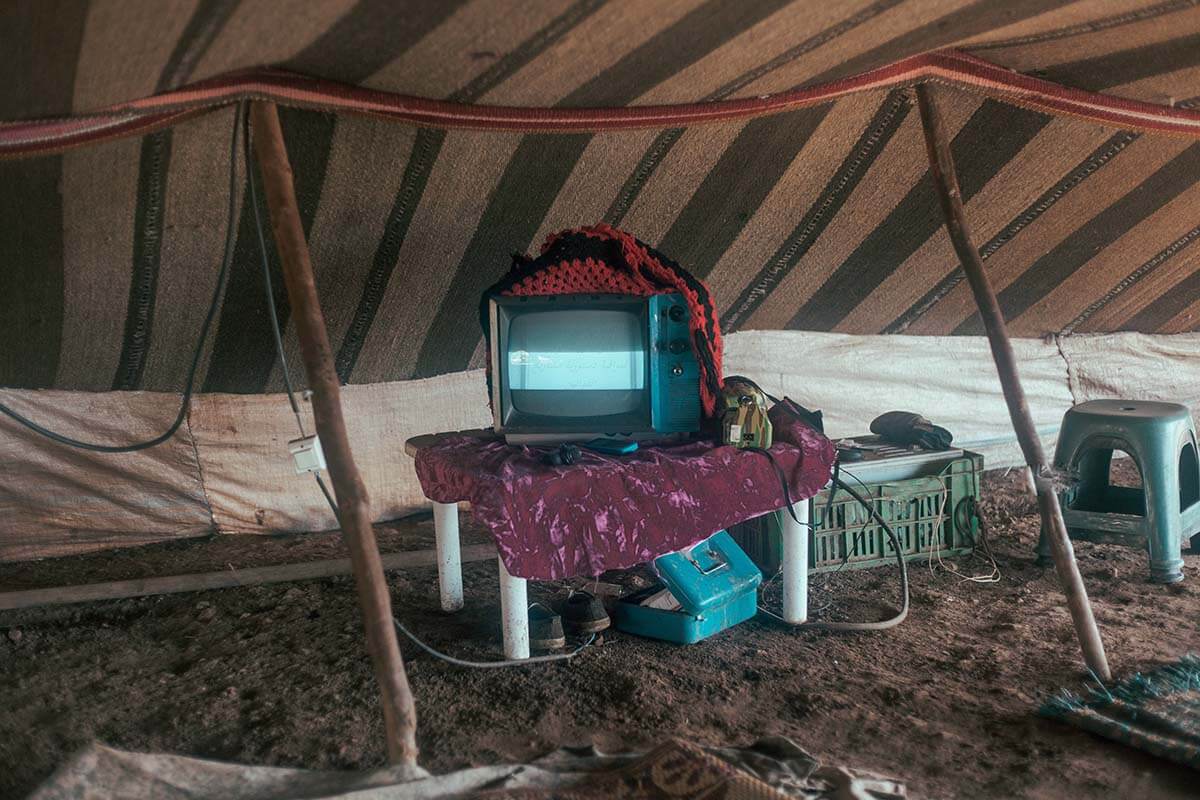 In many ways the choice is ours. Will we choose to let such a beautiful and critically useful practice die out, or will we help reawaken the common language of the Mediterranean’s mobile pastoralists? 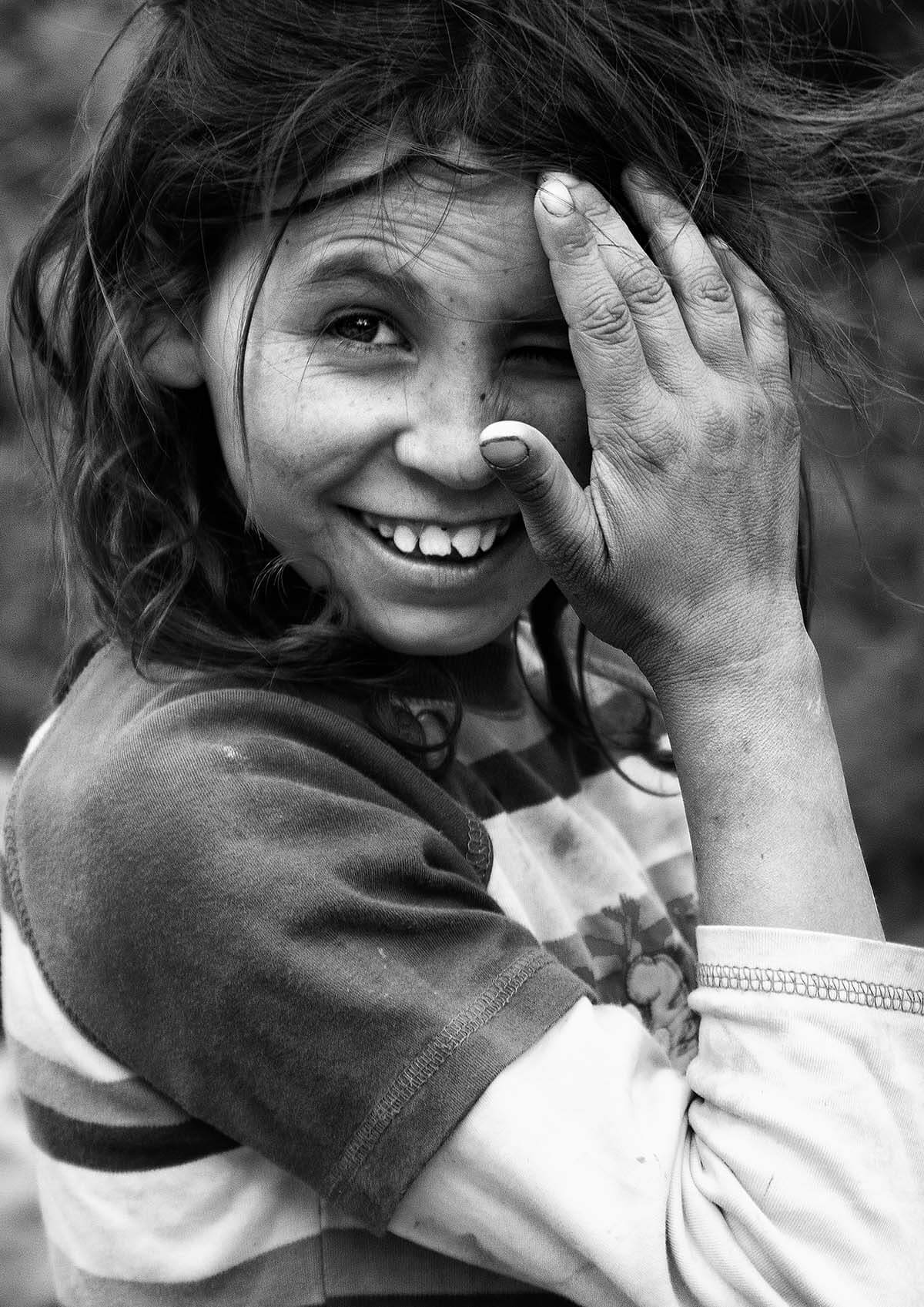 Back to Vol. 5, Issue 1 | Read the Table of Contents | Like Our Stories? Please Donate!

DiversEarth is coordinator of a Mediterranean Consortium for Nature and Culture project to support cultural practices that benefit nature. The On the Move photography exhibition was developed within the scope of this project, with funding from the MAVA Foundation. The exhibition will be shown at IUCN’s World Conservation Congress in Hawai’i in September 2016. The members of the Mediterranean Consortium for Nature and Culture are DiversEarth; WWF North Africa; Med-INA, Greece; SPNL, Lebanon; Yolda Initiative, Turkey; Trashumancia y Naturaleza, Spain. We are working in the Mediterranean to support ordinary people who make a difference for nature—just by the way they live their lives.

Zogib, L. (Ed.) (2013). A Rapid Assessment of Cultural Practices in the Mediterranean. Switzerland: DiversEarth & Mediterranean Consortium for Nature and Culture.

Zogib, L. (Ed.) (2014). On the Move for 10,000 Years: Biodiversity Conservation Through Transhumance and Nomadic Pastoralism in the Mediterranean. Switzerland: DiversEarth & Mediterranean Consortium for Nature and Culture.