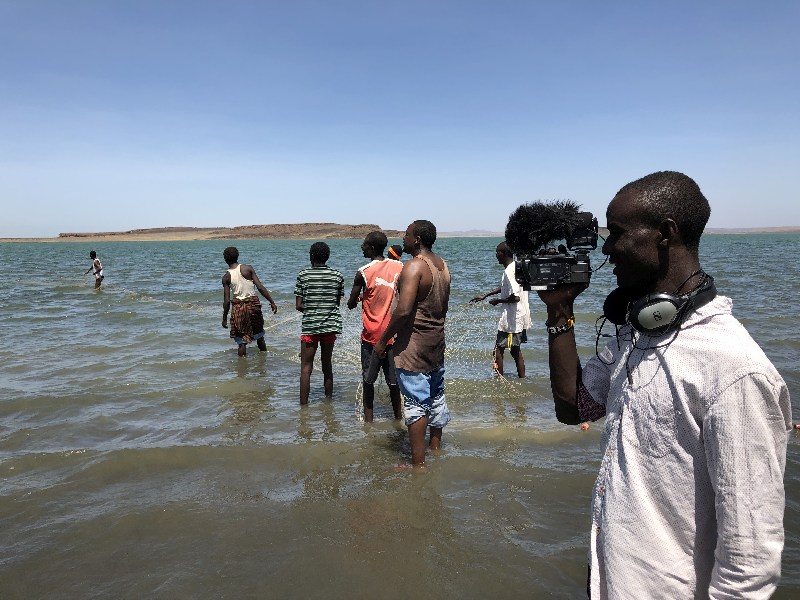 The last fluent speaker of our language, El Molo, died in 1999, and it is now one of the most endangered languages in the world. When the Samburu people moved into our territories after an outbreak of smallpox brought them to Lake Turkana to purify themselves, our language was gradually lost through assimilation.

Michael Basili, the chair of Gurapau El Molo community organization, said, “We need to have our language back as a matter of pride, because if we don’t have our language, we are forever dependent on others; just like a slave, we are nobody. Language and culture makes you somebody.” We knew this to be true.

In the past, we worked with linguists to trace and document our language, but these attempts were not entirely successful. Some of our elders didn’t trust the educated outsiders; we found that our grandmothers were not comfortable sharing everything they knew. 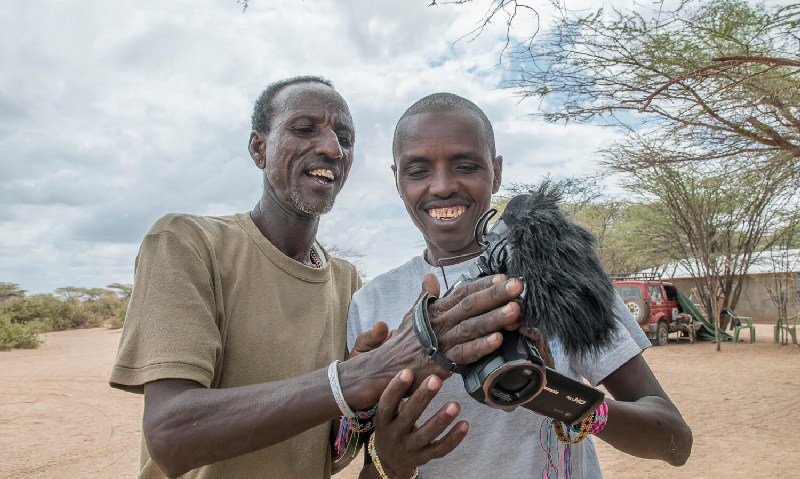 Foreign linguists come and go; they do not care about our language enough to revive it because it does not belong to them. But now we are reviving it ourselves!

The El Molo language was never written down: it is based on oral traditions, ecological knowledge, and storytelling. We wanted to show our language as part of our living culture. So we learned how to use participatory video (PV), facilitated by the community development organization InsightShare, to film traditional activities like fishing, mending nets, and building our homes with local reeds. By doing this, we created an El Molo video dictionary! 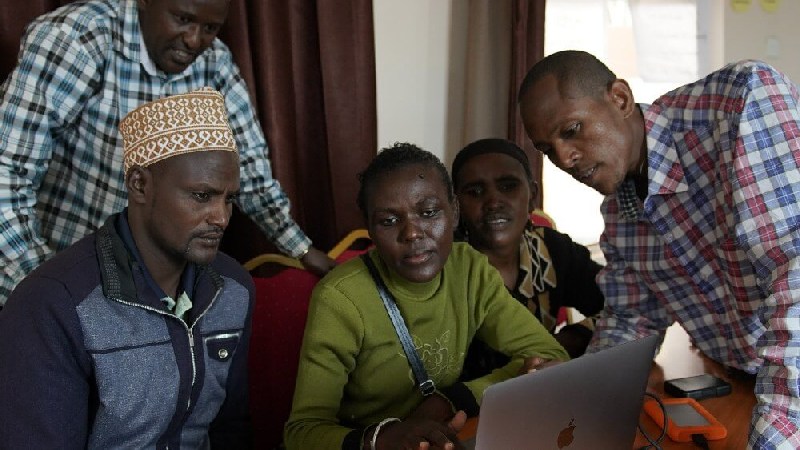 We also created El Molo textbooks and now teach our language to the next generation in our classrooms. We have also gone on cultural exchanges across the border with Ethiopia to meet the Arbore people, whose language resembles ours. Some two hundred years ago, our tribes were connected; we still share words and songs. We will continue to work with the Arbore people to discover more about our shared language and use PV to document our languages and our cultures. 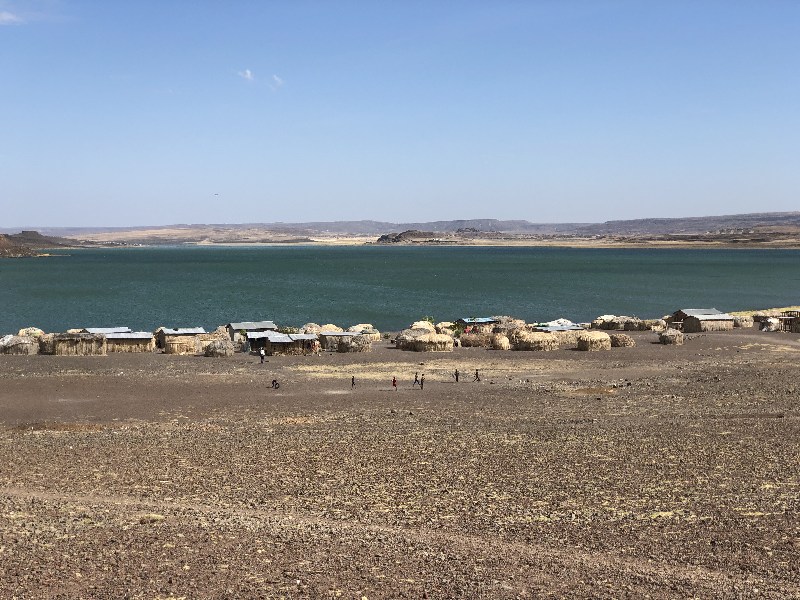 We also plan to use film to document and raise awareness of other issues affecting our lives. One of the world’s most profitable wind farms is situated near El Molo communities, and yet we do not benefit: our grazing lands are reduced and we enjoy none of the electricity generated on our lands. Fish populations are also dwindling due to outsiders practicing unsustainable methods, leaving us with little food.

PV is the “eyes of our community”: it captures our culture and keeps it alive. Most importantly, it allows us to do this for ourselves.

Participatory video is the “eyes of our community”: it captures our culture and keeps it alive. Most importantly, it allows us to do this for ourselves.

Eyes of the Community. Video: InsightShare, 2016 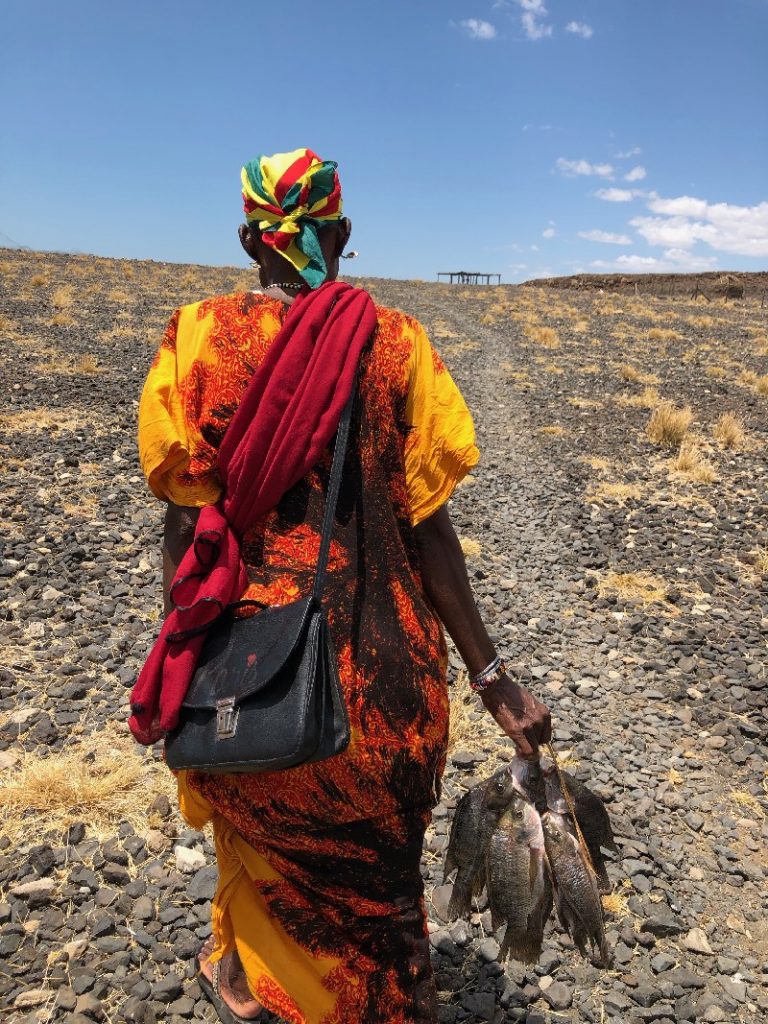 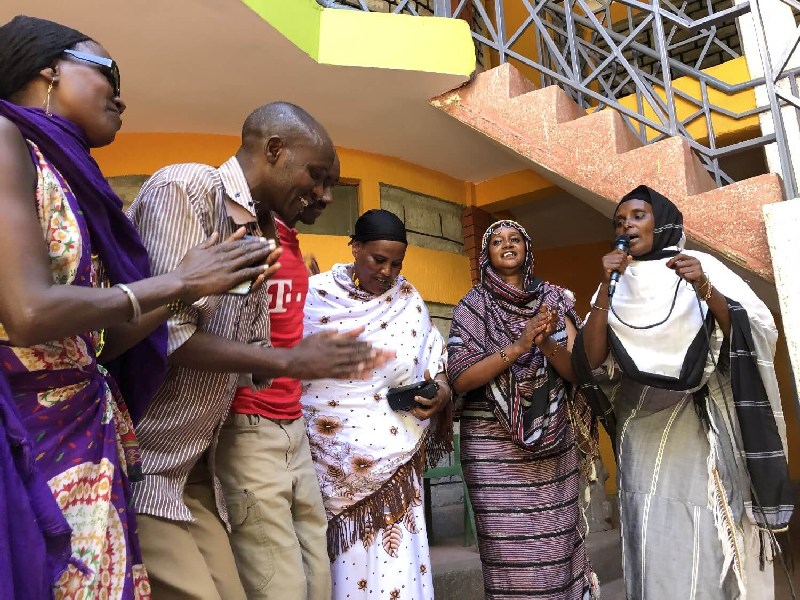 Hellen Losapicho works at the community health center as a health volunteer and is trained as a participatory video facilitator.

Magella Hassan Lenatiyama is a teacher at Loiyangalani Primary ECDE and is also a trained participatory video facilitator.

Both Hellen and Magella use participatory video to document community issues. They both work closely with El Molo youth.