Traditional: Habits and ways built over the years that are flexible and change in relation to new circumstances and situations

Entertainment: An opportunity for the people to express and adjust, to adapt, safeguard kastom music and acts using contemporary arts in the face of overwhelming foreign influences

Kastom (custom): Practices that bind people together in relation to the land, their leaders, and the environment

Support: Using appropriate tools to promote and support positive kastom and traditional practices in ways that are respectful of our people

In the South Pacific island nation of Vanuatu, over 130 different languages are spoken. With its population of approximately 263,000, this means Vanuatu has the highest rate of per capita linguistic diversity on the planet. For many people in Vanuatu, one of these languages is the first language that they learn from their mother. These languages — and the knowledge and practices that they represent and articulate — are important expressions of cultural diversity. As the cash economy penetrates deeper and deeper into the islands of Vanuatu, communities are identifying the need for alternative, locally based approaches to the promotion and preservation of important traditional wisdom practices — including dances, music, songs, and stories — and connecting these with contemporary music and dance.

One of the ways that communities in Vanuatu are responding is through the Traditional Entertainment and Kastom Support (TEKS) unit of Further Arts — a local NGO working with communities on arts and cultural projects. Dely Roy Nalo, an Indigenous woman of Vanuatu and Kiribati descent, founded TEKS in 2011. Dely conceived TEKS to provide space and equal opportunity for traditional performers to express and showcase their artistic talents in a local cultural festival on Espiritu Santo Island in northern Vanuatu. At the same time, TEKS also provides support to practitioners of kastom and those communities that safeguard its values.

Dely speaks fluent English, French, and the local creole Bislama (the lingua franca of Vanuatu) in addition to her father’s vernacular language, Mwerlap. She says: “I feel that I understand enough about diverse Vanuatu cultures and that I have a reasonable understanding of many foreign cultures. I created TEKS as a unit to serve as a bridge between the different conceptual worlds.”

TEKS supports a range of traditional wisdom practices such as dances, music, songs, stories, carving, weaving, painting, drawing, and fabric art. There are two principal ways that TEKS engages with communities to support these activities: firstly, by assisting village groups to organize and host Mini Arts Festivals (MAFs); and secondly, by documenting these MAFs through co-produced audiovisual content in vernacular languages. 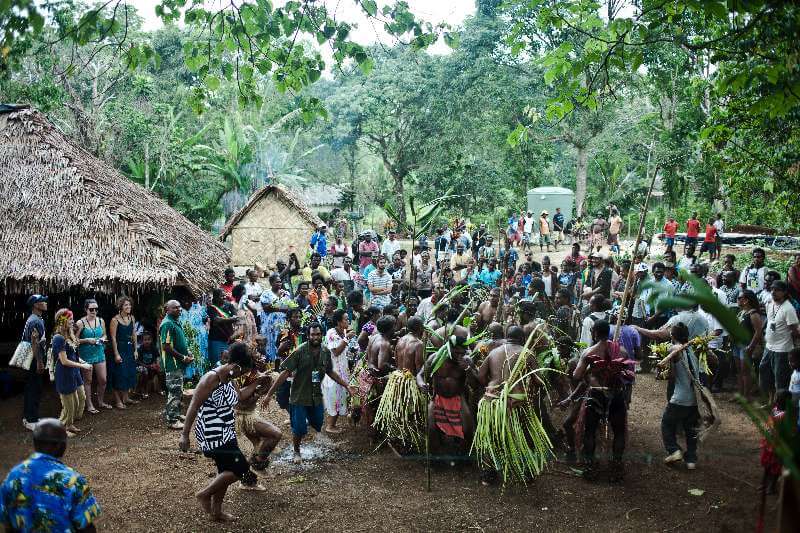 Dely explains that her “idea is that if each culture can understand or at the very least acknowledge each other, a platform can be set for mutual respect.” TEKS aspires to be there to facilitate that platform and foster the connections.

At the time of preparing this photo essay (March 2015), Vanuatu was severely hit by a tropical cyclone, which affected more than seventy percent of the population through the destruction of ninety percent of homes, gardens and infrastructure. Many people were left without adequate shelter, food, and safe drinking water. The Further Arts office was completely destroyed along with most of the equipment in it. Without the office facility to provide stability to TEKS, its work with communities, local youth, artists, and musicians is unlikely to continue. All the communities that TEKS works with are in the process of rebuilding their lives but need as much support as possible to restore healthy cultural and lifestyle practices. People wishing to donate for the reconstruction of Further Arts and TEKS initiatives can do so at http://rebuilding.furtherarts.org/ 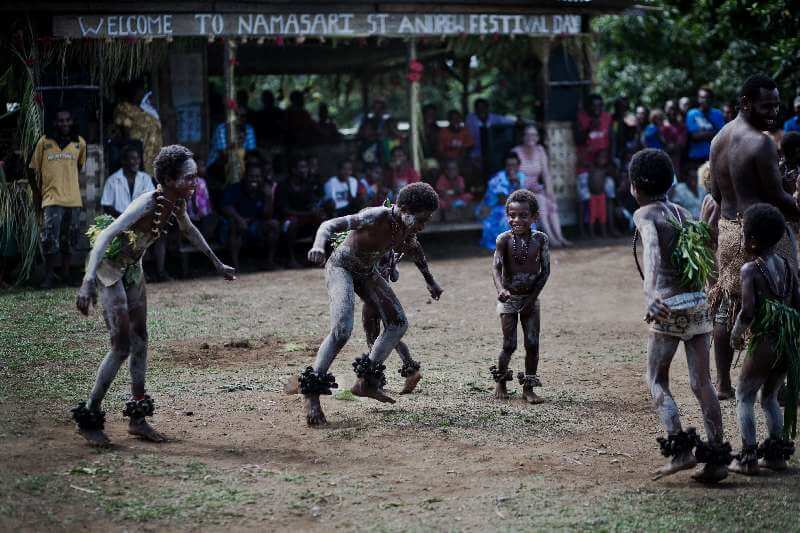 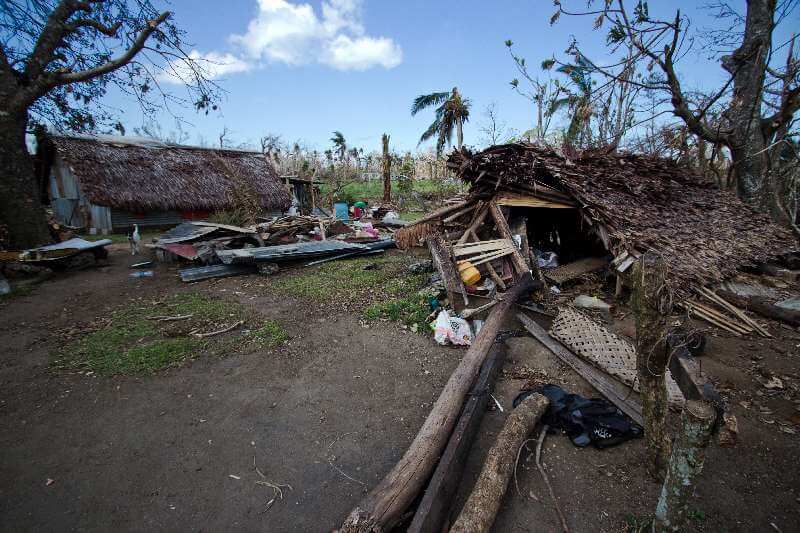 Left: Merion Roul of Namasari village showing a photo from over 40 years ago, of a woman standing outside a woman’s nakamal (a sacred meeting place) with signs of women’s’ kastom grading (rank) painted with unique local designs, Gaua. Right: Bese Rotua of Namasari village holding a sign of her kastom grading (rank), Gaua. Photos: Cristina Panicali, 2013

Left: Dely Roy Nalo, founder and leader of TEKS unit: “I face enormous challenges in my work as a female, but I am committed and passionate about ensuring that the voices and stories of both men and women are heard to strengthen harmony and respect between people as a foundational value.” Photo: Cristina Panicali, 2013. Right: Villages in Vanuatu after Tropical Cyclone PAM passed through on March 13–14, 2015. Photo: Sarah Doyle, 2015

Dely Roy Nalo (Vanuatu/Kiribati) is a visual artist and cultural consultant based in Luganville, Espiritu Santo Island, Vanuatu. She works with rural and remote communities on cultural and artistic initiatives through her consultancy, Lokol Eyes. Having gained recognition locally and nationally for her past work with TEKS, she continues to expand its international network of cultural artists and professionals.

Thomas Dick is the founder of Further Arts, an NGO based in Port Vila, Vanuatu that works with local communities on arts and cultural projects. Further Arts seeks to empower people to develop long-term social and commercial enterprises in the creative arts, agriculture, and communications that are culturally, socially, environmentally and financially sustainable. Read more from Thomas Dick.