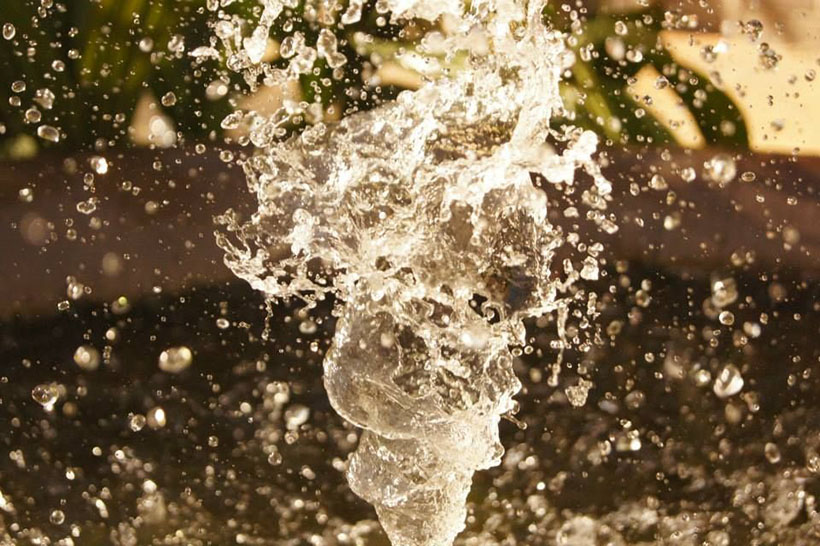 I was in Copenhagen with my family and ventured into the city on my own. I went to the amusement park, Tivoli Gardens. There I took this striking picture of water spouting from a small fountain. I grew up taking pictures, wherever I went. Photo: Teja Jonnalagadda, 2013

We have fallen so far from where the water fell. There a wall stands now to power dishwashers, curling irons, flat screen TVs, and telephone poles. The fish no longer swim freely. Crawling up step ladders like meticulous marmosets.

Flooded the valley floor, to ensure that we can always take more. We have submerged the spirits that lived there before.

Colonialism and capitalism smashed those sacred idols to put extractive reason in their place. To them, those were primordial pagan pleasantries.

First it was the old gods, then the new god, and then the final god that had no spirit at all. Slowly ground down between the cogs of a wheel, we shunned all semblance of the spirits. All that remained were specters of folklore and faded memories.

Liberté, égalité, fraternité. The rights of man merely required reason to rationalize the world for the colonizer class. To the winner go the spoils, there they may be shared equally.

How we may democratically bulldoze this forest, steal freshwater from a community, or commodify our very crops.

The scientific method has given us many gifts. But it has stolen many in return. Applied in the name of greed, an incomplete knowledge creates a faulty reduction and robs us of our humanity.

Here we have come to the ultimate calamity. The fires will not calm. The waters will not wane. The wind refuses to wallow. We have decimated the oceans and changed the climate.

More committed to faceless ideas than to seeing the people in front of us.

Despite the destruction, it is never too late. She called out a warning. We need to restore the ancestral knowledge that has been so easily discarded. Knowledge and technology must operate in a dynamic, complex, living, interconnected planet. To name a piece under a microscope will never be the same as seeing the life in a grassy meadow.

A bridge has two sides. Our relationships are messy, our emotions complex and raw, our dreams wild, our hearts untamed horses. We cannot be too rigid or too rebellious.

There is middle ground to be found between the past and the present, the rational and the realistic, the natural and the mechanical, free thought and fraternity.

The sages knew that there never really were spirits that guided the rains, blocked out the sun, or made the earth tremble. These sowers were merely creative in their storytelling.

Their senses were keen, their eyes were open, they listened to whispered wisdom, and learned from the land. A thousand different cultures, spread through geography and terrain, grew to become a part of the soil.

Release your flood waters unto these thirsty plains. Recollection is your only remedy.

The colonial process was an amalgamation of many different ideologies that oppressed and stole from Indigenous populations and cultures from all over the world. Among these were capitalism, white supremacy, scientific reductionism, Eurocentric universalism, religious conversion, and desire for commodities. All of these many threads continue today and wreak havoc in many forms.

The suppression, assimilation, and extraction of Indigenous knowledge, cultures, languages, and resources fueled the wealth and technological growth of the colonizer at the direct expense of the colonized. These forces reshaped the world as it was conceptualized as a place to be plundered without consequence. A global caste and class system was meticulously organized to privilege wealthy European landowners, which has only replicated and evolved to its current form. The world is in crisis because of 500 years of European colonialism that worked to subjugate and take from all species on the planet.

Every culture has a deep connection to water, whether it be a river, lake, or ocean. Thus, control of water is control of life.

Water is the lifeblood of this planet and its peoples. It means transportation, power, connection, diversity, and bread. Every culture has a deep connection to water, whether it be a river, lake, or ocean. Thus, control of water is control of life. The mechanistic control of water to suit capitalistic needs over the needs of ordinary people is one manifestation of the disorder of the planet.

The ecological world is on the brink of collapse as a direct response to the ideologies of European imperialism. Those ideologies have led to the direct or indirect extermination and extinction of thousands of species and the sickening of humans. The land, air, and water are so polluted that we have changed the conditions currently hospitable to life. The result is catastrophic climate change, which will ensure a mass extinction.

To restore ecological and social harmony to the world, the diversity of human place-knowledge, culture, perspective, and ability from thousands of societies must work locally and together in unison.

There is no inevitable salvation from the crisis. Yet, there is hope in a remedy against all of the destruction and the poisonous ideologies that drive it. This is an extinction rebellion based on decolonization and self-determination. To restore ecological and social harmony to the world, the diversity of human place-knowledge, culture, perspective, and ability from thousands of societies must work locally and together in unison. The conformity of thought and culture from the European perspective has oppressed the human and natural world. A just, diverse, and habitable world will come about from the collective effort of all, not just the privileged few.

A religious and spiritual connection to each other and the rest of the world is what makes us uniquely human.

A religious and spiritual connection to each other and the rest of the world is what makes us uniquely human. True healing and vision can only come from these deeper sources of wisdom and understanding that are fundamental to the human spirit: each culture writing its own stories and drawing its own connections to food, animals, plants, water, starlight, fire, and the many wonders of this planet. This source of strength and beauty has informed thousands of generations and will mean that humanity will fight against fear and devastation, to restore balance to this world. 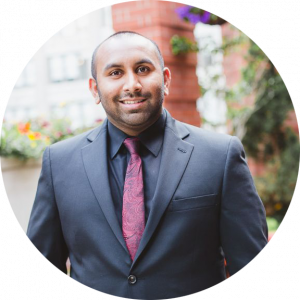 Teja Jonnalagadda is a mechanical engineer and a Master of Energy Systems candidate at Northeastern University in the USA. He is 26 and a second-generation Indian American. His Telugu-speaking family comes from the southeastern Indian state of Andhra Pradesh. Teja has worked with organizations such as Engineers Without Borders and Wikitongues.