The Power of Place Names: Embedding Bama Local Languages into the Australian Landscape

In July 2017, I abandoned my Pacific Northwest summer break in North America in favor of a tropical winter internship a little closer to home. I flew across the Pacific Ocean to join a small but ambitious effort that was about to begin on the ancestral homelands of the Bama peoples: the Bama Place Naming Project. It is organized by Bana Yarralji Bubu Bayan Kabanji, a nonprofit run by Marilyn Wallace and her husband Peter, and Biocultural Connexions, a consulting firm run by anthropologist Bruce White. Bama is the local name used for the diverse First Nations peoples whose homelands are commonly known as the Wet Tropics World Heritage Area. Their homelands are a unique place that is celebrated worldwide for its “outstanding universal values.” However, the cultural values of the people who have been tending to this land for millennia, and their ancient connection to their Country, are often overlooked. The project I joined that warm winter in Gimuy (the area known as Cairns, Queensland) seeks to change that.

Who has the power to name? Whose knowledge is privileged? 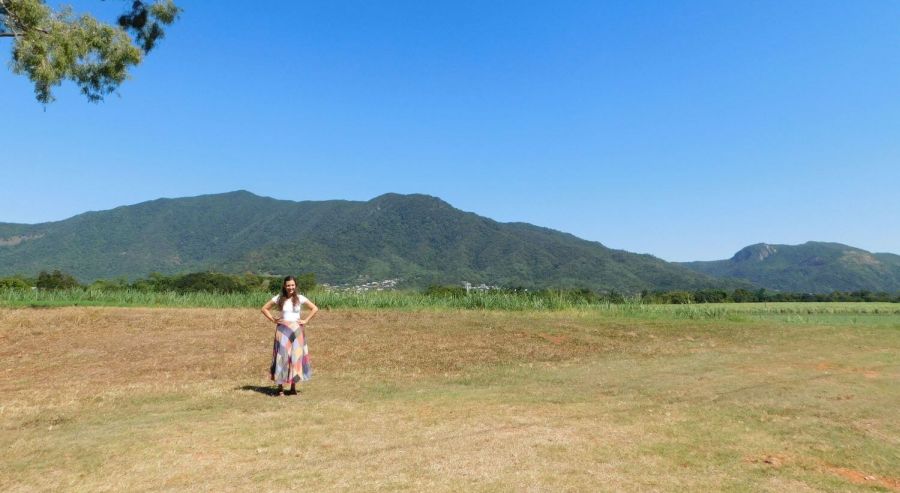 Damarri: a giant biocultural creation being lying down in the landscape. Photo: Bruce White, 2017

The Bama Place Naming project lifts the veil on the dominant narrative of this place. It is an effort to get the Bama names for natural features in the region formally registered with the state. The stated goal of the project is to replace colonial names with Bama place names to preserve and share the names, stories, and heritage of these bioculturally significant places. However, I came to see that the underlying agenda of the project is a subtle but powerful assertion of sovereignty. The name of a place is how we come to know it. If the names are changed, it will enable us to see the richness and complexity of the worlds that have existed in and on this landscape since time immemorial. Many, if not most, of the official place names in the region now were either coined by Captain Cook or the colonial regimes that followed his invasion of Bama lands. In contrast to this, most Bama place names are deeply linked to a living knowledge system, full of rich stories and Bama lore. In those cases, the names tell the story of a place and are instructive of how to be in that place. By formally embedding these names into the landscape, those of us who are not members of First Nations are able to transform our limited understandings of these storied places and the people who call this place home. 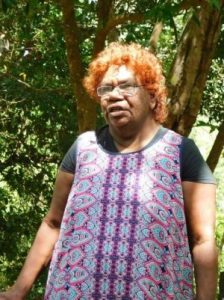 The Bama names demonstrate the longstanding and ongoing relationship that Bama peoples have with their Country. If they are successfully changed in official use, it could generate a dialogue with visitors and residents. The renaming of existing names and naming of unnamed places have the potential to provoke questions from the dominant culture that will lead to a better understanding of the diverse social and cultural landscape. At present, the place names reflect the settler-colonial narrative and allow the settler stories to dominate the political, cultural, and social landscapes as Bama peoples (and stories) are pushed further into the margins. If we change the names, perhaps we can change the story.

From the beginning of the Bama Place Naming project, we realized that it would take years to record all of the significant place names in the region. We didn’t have the time, funding, or capacity to do this. Instead, our focus was to successfully record a handful of important place names for the Djabugay, Nyungkal, and Gunggandji peoples to illustrate an alternative way of capturing a biocultural landscape. If we could plant this seed in the psyche of the community, it could have the potential to expand our collective imagination beyond our existing worldview. On the surface, it may seem like a mostly symbolic action. If we delve deeper, however, we are able to see that this could be the catalyst for a larger shift toward valuing Bama ways of knowing, being, and seeing. 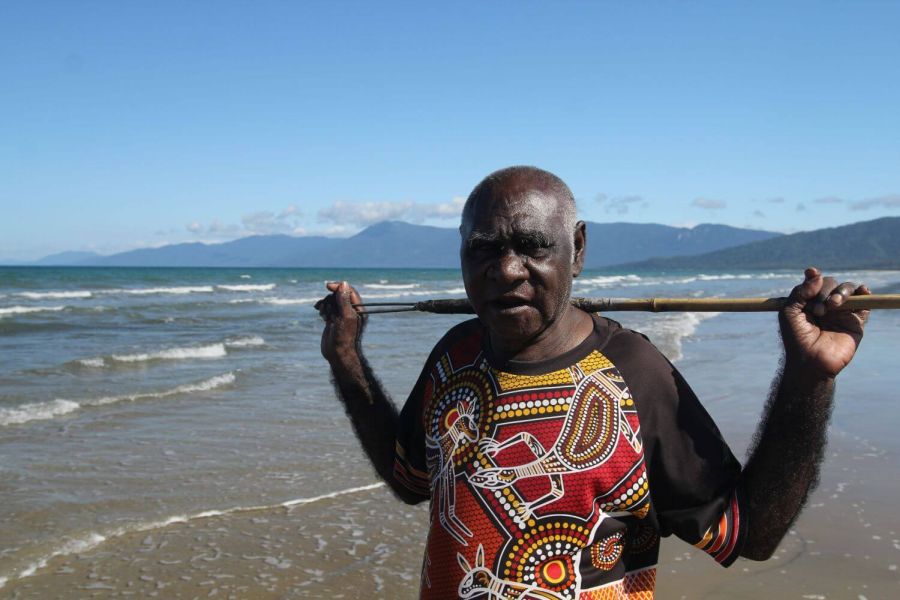 In my first few weeks of work with the project, I began by reviewing the First Nations place names that had already been published. During this period, I came across the story of a Djabugay ancestral being, Damarri. Damarri and his brother Guyala are ancestral beings literally in the landscape. Their stories mark Djabugay Country. In one, I read that Damarri’s leg was bitten off by a crocodile, and he fell down, into the landscape, and became the mountain range. During those early days, I would scour through the published literature and enter different place names of the Damarri Storywater, without truly considering the fact that I was experiencing an ancestral being. I remember being excited by the story and enjoying the progress we were making on our project, but I hadn’t understood the depth of what it meant to meet this ancient tale. One night, I had a dream that I was walking in the bush, along a river bank and a crocodile bit my leg off! I woke up deeply affected by this dream: the story found its way into me in a place it couldn’t while I was awake with my “rational” mind. From that point on, I approached the Damarri Storywater in a new way. I had experienced it in my own dream state and on what felt like a physical level to me. The way I engaged with Damarri from that moment on was very different: I began to feel the power of that place name. I began to understand that we were not merely putting down names that happened to have a story nested inside of them. These names were part of the lore of the land that I was on. 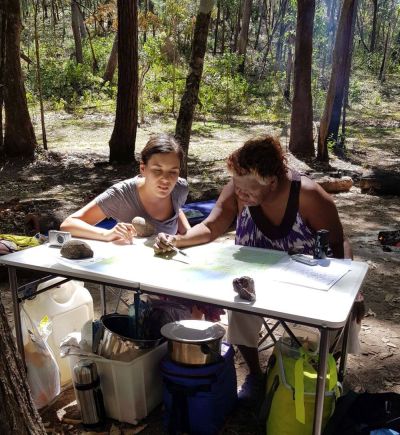 Gunggandji elder Edgar Harris and his nephew Djungan Neal were eager to record significant Gunggandji place names as part of the project; however, they faced a serious barrier. Although they knew their sacred places in their language, they remembered them in a unique way — they knew them through their songlines. Edgar and Djungan live in Yarrabah Aboriginal Shire Council. Yarrabah is a former Aboriginal mission settlement that is now home to a diversity of First Nations peoples. In the mission days, Bama peoples were punished for practicing their language and culture. To recall the Gunggandji place names, they had to sing them into being. Edgar couldn’t remember the name of the place on command; he needed to sing the songlines to find the name of the place in his memory. To find the Gunggandji place names, we recorded Edgar, Djungan, and their nephews singing songlines with a map in front of them. While the group was singing, Edgar would point out the place on the map.

Marilyn Wallace is a Nyungkal elder who is determined to have her people’s names recognized and respected by waybala (white persons) and the state. She has been actively involved in this project since the beginning, as she is the co-founder of Bana Yarralji Bubu Bayan Kabanji. Marilyn lives on her “inheritance,” her Bubu(Country), where the edges of the open woodlands and rainforest meet. During the project, I camped with Marilyn on her homelands in the wungara (powdery sun) and jarramali (dry lightning) seasons while we recorded her Nyungkal place names. On her homelands, Marilyn took me to some of the places that she wanted to register. Marilyn explained that we have to change the names “to the Bama names because it is ownership of the Bubu (Country). Our connection to the rivers, the wawubaja (rivers), to the yiri (waterfalls) and our Bama has always been connected to our Bubu and those areas are important.” She explained to me that some of the current names were racist and hurt her. The existing names were not only removed from their Bama meanings but had downright negative connotations in the Bama language and evoked the memory of Cook’s invasion. She explained that in her elders’ time, they didn’t speak English; the “old people” didn’t know what the English names meant. Today, however, her people do know these meanings, and she wants to see Nyungkal names in Nyungkal places. For Marilyn, she wants these names changed in respect of her people’s cultural heritage and inheritance. In her words, “We feel that it is our identity, our culture, our heritage; it was given by the old people and we need to recognize and respect that.”

I remember being excited by the story, but I hadn’t understood the depth of what it meant to meet this ancient tale. 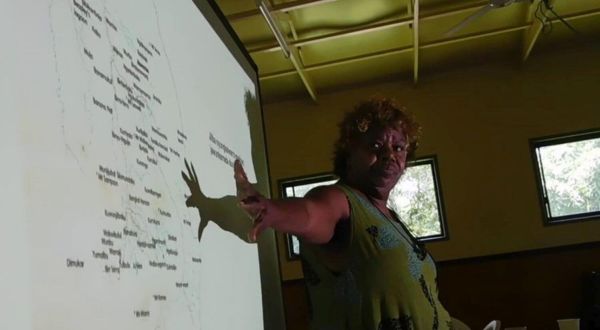 In the kaba (wet season), I said goodbye to my new friends and my role on this project. I left them with 400 names recorded and a handful that were about to be registered with the state. Since I have left, the seed we planted has taken root. Although my time on Bama lands has ended, I find myself full of wonder as I hear stories about what our seed is blooming into.

Djungan Neal teaching us how to spear urchin on the rocks. Photo: Nicola Fuller, 2017

Michaela Jeannaisse Carter lives on the ancestral homelands of the Wurundjeri people of the Kulin nation in the place known as Melbourne, Australia. She studies Sustainability and Development. Michaela is deeply grateful to her Bama friends for sharing their stories with her and allowing her to share them with you.