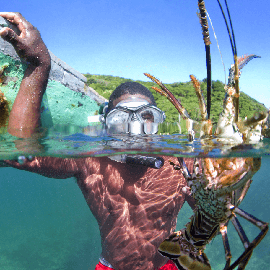 by Thomas Dean King . . Marine Conservation without Borders (MCwB) is a nongovernmental organization that translates scientific ideas into oral languages that currently lack words to express such concepts. MCwB’s Executive Director, Robert C. “Robby” Thigpen, has built a network of collaborators among a diversity of linguistic communities and conservation advocates throughout the Caribbean. MCwB